As anticipated in my previous article, my initial intention was to show why Ubisoft had proven itself to be mediocre several times in the Collector's Edition. Then, thinking about it, I realized that the Ubisoft has become mediocre so many of those times in so many areas that talking only about the Collector's Edition would have been limitative. So here, all for you, a list of wrongdoings perpetrated by the famous company that has earned the name by which we will call from now on: Ubitroll.

Let's start with the topic "Collector's Edition". Excluding rare exceptions (Assassin's Creed, Black Edition of Assassin's Creed 2 and Ubishop versions starting from AC 3 but still in an optimal way ONLY from 4), the management of collector's editions has always been absurd and at the limits of competence. Let's start from the first, huge contradiction: everything is, except collectible. I challenge you, after reading this article, to go out and go to your nearest Gamestop to ask which Collector's Edition they have available in the Assassin's Creed saga. Maybe in that shop they might not have any, but around the city they would surely know how to point out some. My personal experience: tired of spending 100 (HUNDRED) euros for a game that has very little limited, I decide to take a risk and take time before buying the Freedom Edition of AC 3.

Result? Found, almost a year later, less than half: 40 euros. Is this, in your opinion, normal or maybe right? Not to mention the so-called "limited" content. Ahahahah, LIMITED! They call them that. I wonder what is limited in a fucking statue that you, damn Ubitroll, you already know are going to market in bulk some time later. Digital content is no exception: any additions (missions, multiplayer items) passed off as unique and limited, will be available at ridiculously low prices in the stores. Thank you for the accuracy and misleading description of your products, Ubitroll. I would like to clarify and reiterate that the seriousness of the question is given by its repetition SYSTEMATICALLY: I have not described a single and never repeated episode, any Collector's (excluding those mentioned at the beginning) of any Ubisoft product label makes this end. Watch Dogs and the latest Farcry can confirm it.

Let's now go to the management of their titles and the quality (increasingly poorer) of their video games. Personally, I already find it extremely difficult to keep a saga as fast as possible to the detriment of the storyline and characterization of the characters we are going to play. All this becomes totally unacceptable when, in addition to the lack of content, the few data are also in the BETA phase. Why, Ubitroll? Why? Why? Why? After the AC: Unity scandal, the PC version of Farcry Primal is on trial right now. An error that can appear in different situations, not corrected even after an 860 MB patch, has prevented many users from playing peacefully. The usual excuses followed, refunds and titles as gifts from the Ubishop. There remains the question posed earlier ... Why? Dear Ubitroll, in case no one ever told you, prevention is better than cure. Furthermore, a dose of decency and self-criticism would also be welcome. You really don't notice that your titles are empty now, they don't have a saw of innovative (and how could they, with not even a year's time away from each other) and are full of bugs? In a word: useless. 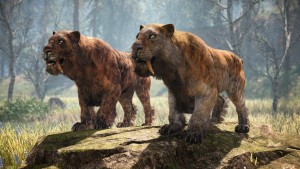 All this for what, to try to do more money possible by removing them from the pockets of unknowing little kids or by the fake of fake gamers who at each trade show us with their equally unnecessary and malicious cosplay?

It is a pity. I swear. And it is even more so by not being able to understand why, hoping that it is not really just the money. You have had innovation and originality in your hands thanks to extraordinary concepts: now only desolation. I will never forgive you for totally destroying the emotion and meaning of one of my favorite sagas at the time, Assassin's Creed. You're at the end of the line, and it's your fault alone. I greet you with the same words spoken to the dying as you give one of the biggest and charismatic modern video games, which you yourself have been able to evolve by making him die in an "animated" dick made with your feet: I will never even forgive you.

CD Projekt - Next Plans Announced For Cyberpunk And The ...

PlayStation - Hermen Hulst has clarified the company's plans for ...

Di Sarno Raffaele - October 4, 2022
In the past few hours Hermen Hulst, CEO of Sony Interactive Entertainment Worldwide Studios, explained during an interview with Julien Chièze what the company's plans will be ...