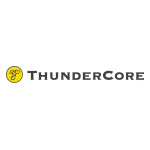 “ExoPlanets marks the start of a new chapter in the ThunderCore ecosystem: migrating DApp developers from Ethereum to ThunderCore,” said Chris Wang, CEO, and Founder at ThunderCore. “We’re excited to offer ExoPlanets as the first crypto game and NFT marketplace on our platform.”

“As game developers, we are constantly looking for ways to scale our user base and deliver the best features,” said Gil Bahr, CEO at ExoPlanets. “While the Ethereum network made sense for us at launch, we now require a blockchain platform that lets us scale faster without compromising performance or security. ThunderCore is hands-down the best option available.”

In the game, ExoPlanets owners compete in a race to mine as many resources as they can before they are depleted and then convert them to in-game ERC-20 ExoTokens. Races begin every four hours, in which the “galaxy timer” restarts itself with new resources to mine. The sooner a player launches a spaceship, the better their chances to mine the most resources.

Chris Wang previously launched the gaming company Playdom, which acquired over 100 million users and reported a Daily Average User (DAUs) count in excess of 20 million. He sold Playdom to Disney for $563 million. ThunderCore has raised $50 million from investors in the U.S. and Asia.

ThunderCore’s capabilities lend themselves well to enhancing the usability of applications in gaming, financial payments, supply chain, and security. Several examples of these types of DApps are available.

The first version of ExoPlanets was launched on Ethereum in 2018. It is scheduled to go live on ThunderCore in August 2019.

Developed by industry-leading experts, ThunderCore is its own blockchain platform with its own native cryptocurrency. It is Ethereum virtual machine compatible with throughputs of 1,200 plus transactions per second, sub-second confirmation times and low gas costs, making it quick and easy for decentralized apps to deploy and scale.

Shinsekai Into the Depths – Recensione