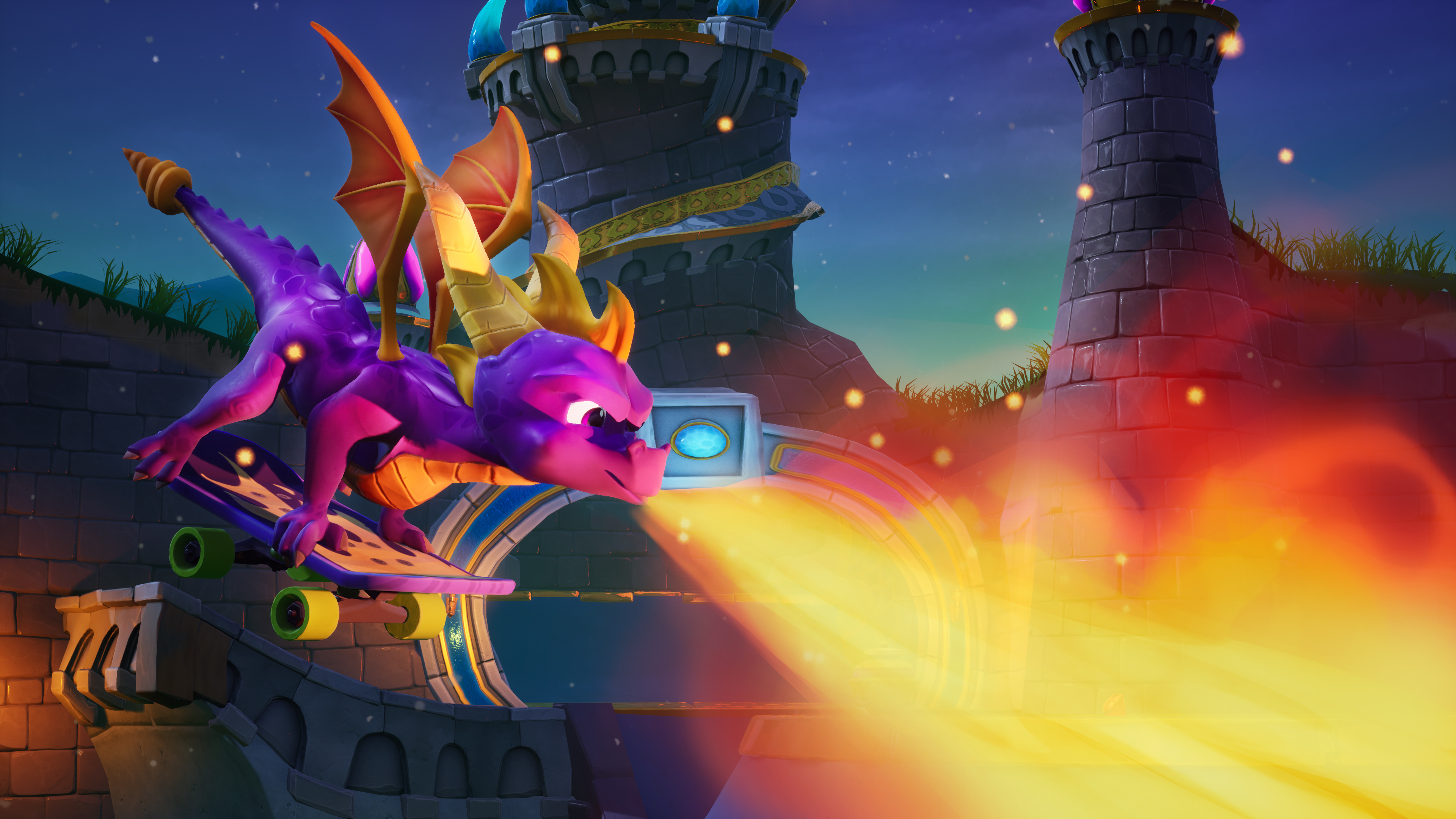 SANTA MONICA, Calif.–(BUSINESS WIRE)–#SpyroTheDragon–Last year Spyro the Dragon made his triumphant return in Spyro Reignited Trilogy, and on September 3 he’s continuing to spread the remaster fire by landing onto Nintendo Switch™ and PC via Steam for the very first time. Currently available on PlayStation® 4, PlayStation® 4 Pro and the family of Xbox One devices from Microsoft, including the Xbox One X, Spyro Reignited Trilogy will soon allow Spyro fans to enjoy the three original Spyro™ games however they want to play — on the go with Nintendo’s gaming console or looking better than ever on PC. The trilogy, which includes Spyro™ the Dragon, Spyro™ 2: Ripto’s Rage! and Spyro™: Year of the Dragon, will be available to pre-order starting today via major retailers at a suggested retail price of $39.99.

Spyro will also take his first ever flight on PC via Steam when Activision Publishing, Inc., a wholly owned subsidiary of Activision Blizzard, Inc. (NASDAQ: ATVI) brings the dynamic gaming collection in fiery 4K and an uncapped framerate to delight both veteran and new franchise fans.

Immaculately remade from the ground up, Spyro Reignited Trilogy features the exciting and nostalgic gameplay that fans enjoyed years ago with over 100 levels, enhanced reward sequences, as well as the beautiful redesigns of Spyro’s hoard of zany dragons and other goofballs (including Sparx the Dragonfly, Hunter, Sheila, Agent 9 and Sgt. Byrd) and many more. The trilogy also includes enhanced environments, a remastered soundtrack, updated controls, brand-new lighting and recreated cinematics for added pizzazz in this beloved adventure. Lead developer Toys For Bob is back at it again to bring the Spyro Reignited Trilogy to Nintendo Switch, while the PC version will have the talented developers at Iron Galaxy leading the charge.

“Spyro Reignited Trilogy is a love letter to the fans. Bringing this nostalgic experience to the Nintendo Switch and Steam means that no matter what gaming platform they choose, players will have the opportunity to experience this incredibly fun and iconic game,” said Michelle Fonseca, Vice President of Product Management and Marketing, Activision. “Our goal is to transport players back to their precious memories from the ‘90s, while also inviting new fans to dive into Spyro’s world on whatever platform they desire.”

Spyro Reignited Trilogy demonstrates the cultivation of epic game remastery that builds on the incredible experience of the original games. The characters and personalities are creatively re-developed with additional flavor allowing fans to reignite the flames with Spyro and his crew. Players will experience a trilogy packed with an astounding amount of detail, refreshed modern gameplay mechanics, and smooth camera handling. For more information, please visit www.SpyroTheDragon.com and follow @SpyroTheDragon on Twitter and @Spyro on Facebook and Instagram. Lastly, subscribe to the YouTube channel at YouTube.com/SpyroTheDragon.

Ubisoft Announces Sale on Tom Clancy’s The Division® 2 for Limited...

Telltale Confirms The Wolf Among Us 2