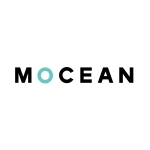 “The breadth of our work has uniquely positioned us to understand what really excites fans,” said Rosenblatt. “We are excited to further expand into the world of gaming.”

The 19-year old agency, known for its work with Hollywood studios and major media networks on blockbuster films and shows, has increasingly expanded its focus to include gaming brands such as EA’s Madden 18: Longshot and 2K Games’ Mafia III. The Golden Trailer Award follows MOCEAN’s recent North America Agency of the Year Award win by Promax.