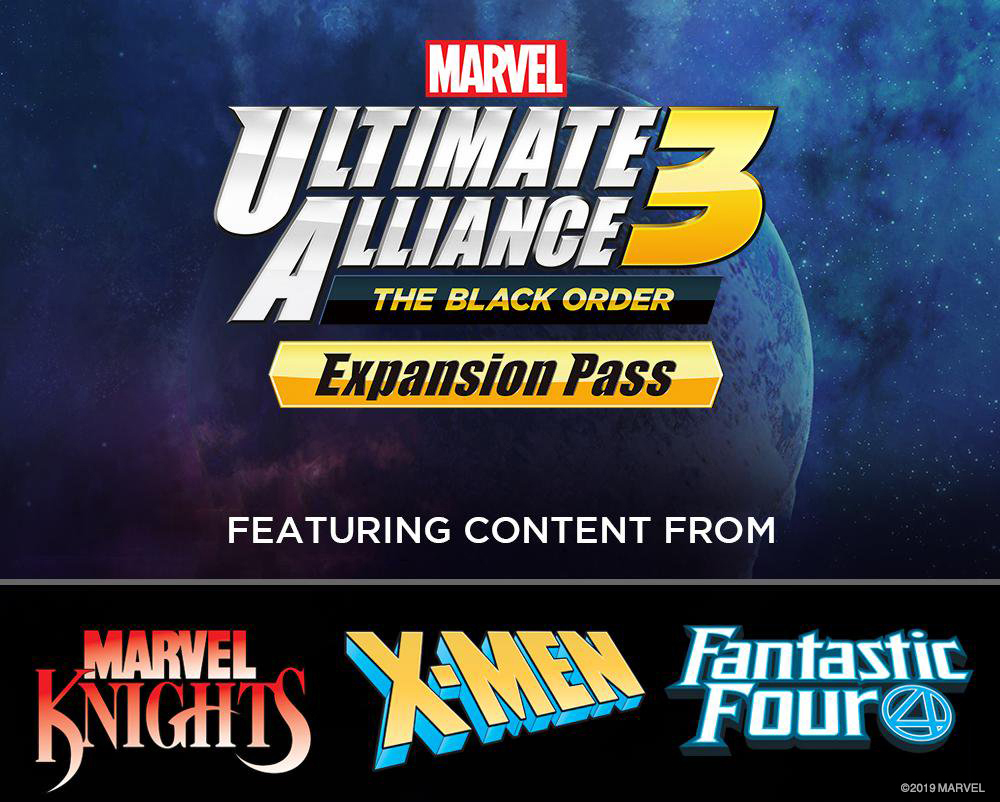 REDMOND, Wash.–(BUSINESS WIRE)–For the first time in the series, Loki joins the alliance as a playable character in the MARVEL ULTIMATE ALLIANCE 3: The Black Order game, according to information revealed at the Marvel Games panel at San Diego Comic-Con today. The game also will be getting free updates, as well as a series of paid DLC packs. These revelations were made just hours before the July 19 launch of the Nintendo Switch game.

With the paid Expansion Pass for $19.99, players get access to three exclusive DLC packs as they release. These packs, which won’t be available for individual purchase, will include story content and playable characters from popular franchises like the Fantastic Four, X-Men and Marvel Knights. The first paid DLC pack is due to arrive sometime this fall and will add Moon Knight, Blade, Punisher and Morbius to the playable roster of characters. Details about the two additional paid DLC packs will be announced in the future.

MARVEL ULTIMATE ALLIANCE 3: The Black Order involves a huge cast of Marvel Super Heroes that includes Spider-Man, Captain Marvel, Iron Man, Captain America, the Avengers, Guardians of the Galaxy and X-Men, to name just a few. Players can team up with friends* to prevent galactic devastation at the hands of the mad cosmic tyrant Thanos and his ruthless warmasters, The Black Order.

*Additional accessories may be required for multiplayer mode; sold separately.

About Marvel Entertainment: Marvel Entertainment, LLC, a wholly-owned subsidiary of The Walt Disney Company, is one of the world’s most prominent character-based entertainment companies, built on a proven library of more than 8,000 characters featured in a variety of media over eighty years. Marvel utilizes its character franchises in entertainment, licensing, publishing, games, and digital media. For more information visit marvel.com. © 2019 MARVEL