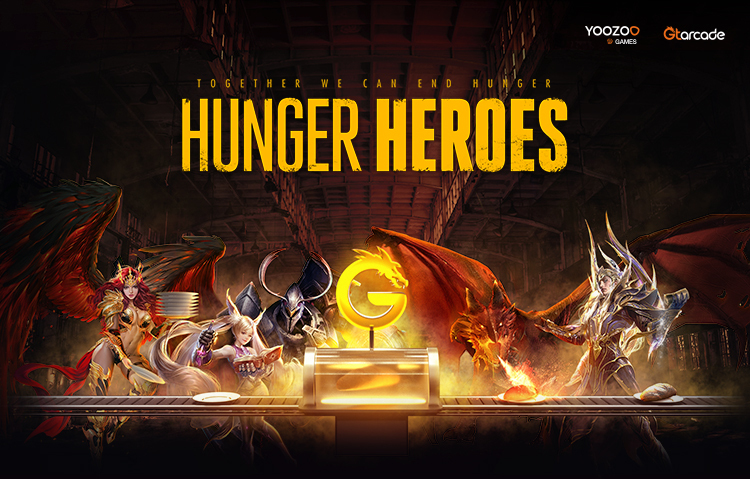 Gamers are ready, set and go-ing to share a lot of meals in aid of the World Food Programme

SHANGHAI–(BUSINESS WIRE)–#FightAgainstHunger–YOOZOO Games is limbering up for an epic gaming marathon next month, as gamers all over the world get ready to turn their on-screen efforts into meals; all in support of the World Food Programme’s (WFP) fight against hunger in some of the world’s most vulnerable regions.

Gaming fans will get to enjoy exclusive gameplay features and events during the week-long initiative; by joining in they will be helping to raise crucial funding for the World Food Programme. The premise is simple: the more you play, the more YOOZOO donates. #GTarcadeHungerHeroes is a call from GTarcade to experience, to share and to make more people aware of the existence of hunger — participating in fun, charitable activities that will aid WFP in their mission to reach a world with zero hunger.

YOOZOO Games said “For 10 years we’ve been incredibly fortunate to bring simple joy to millions of people around the world, through video games. The support we’ve received from our loyal fans has allowed us to support a variety of important causes. This year, we want to push the boundaries even further and help provide urgent support to those who truly need it the most.”

For the GTarcade marathon, YOOZOO has set up a team in the World Food Programme app, ShareTheMeal. All funds raised in the #GTarcade team will go towards operations supported by the ShareTheMeal app.

Check out the trailer for the gaming marathon here: https://youtu.be/15x-C39V0M0

There are three ways that you can get involved with GTarcade’s Hunger Heroes event and help raise money in the fight against hunger:

1) Tweet a picture of your smile meal with the hashtag #GTarcadeHungerHeroes. For every tweet you send, YOOZOO games will donate one meal ($0.50) to WFP.

3) Get exclusive in-game features by joining the Hunger Heroes Gaming Marathon. Collect four in-game treasure chests or wings, which can be exchanged for one meal donation to the World Food Programme. Players will then get to see their favourite characters turning those items into meals in the #GTarcade team in ShareTheMeal.

For more details about the event visit the official page here: https://pact.gtarcade.com/en/hungerHeroes.html?m

YOOZOO Games is a global entertainment company specializing in game development and distribution. The company is headquartered in Shanghai with offices in London, Berlin, Hong Kong, Singapore, and other major cities. Since its founding in 2009, YOOZOO has launched a multitude of highly successful products such as Legacy of Discord – Furious Wings and League of Angels, and has forged a strong global distribution network.