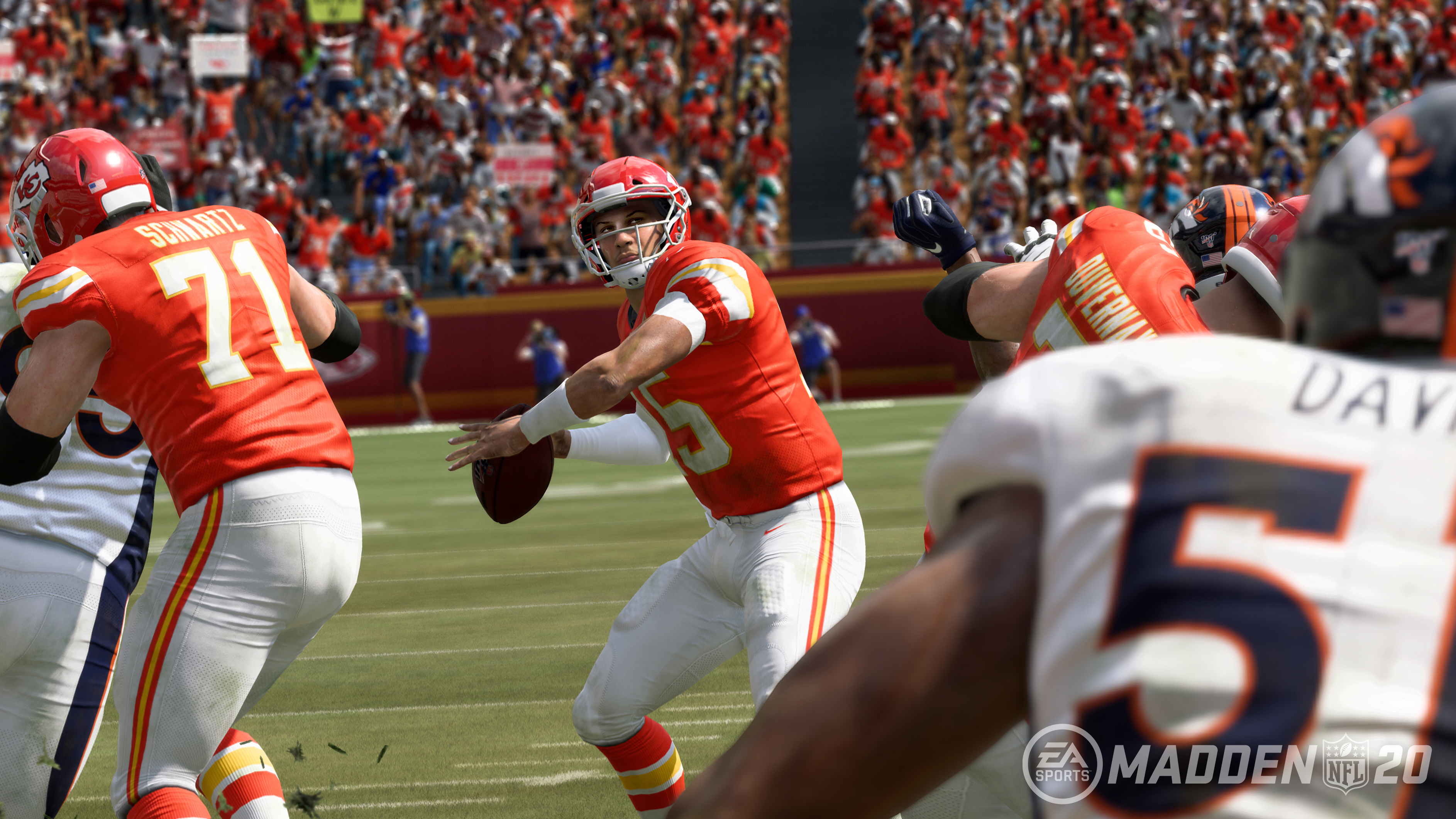 Innovation Headlined by Superstar X-Factors, Face of the Franchise: QB1, and Ultimate Team Missions Place Superstardom in the Hands of Football Fans with More Content Releasing Throughout the NFL Season.

REDWOOD CITY, Calif.–(BUSINESS WIRE)–Today marks the unofficial start of the football season, as Electronic Arts Inc. (NASDAQ: EA) launched EA SPORTS Madden NFL 20 worldwide on Xbox One, PlayStation 4 and Origin for PC. Pigskin fans can feel like superstars this year with the introduction of Superstar X-Factors, unlocking the special abilities of today’s most elite NFL players, as well as a brand-new career campaign experience in Face of the Franchise: QB1 where players start as a college QB and continue their path to the NFL.

“There’s been a huge focus on quality, polish and most importantly fun in Madden NFL 20,” said Seann Graddy, Executive Producer. “We believe the new Superstar X-Factors really bring the biggest NFL stars to life and make them feel like the elite players they truly are, and we’re excited for fans to check out our new career campaign in Face of the Franchise: QB1. Together these features deliver new ways to play that our fans have been asking for and lay the groundwork for some really cool innovations in the future.”

A new season of the mobile version of the game – Madden NFL Mobile – has kicked off as well, giving players the ability to achieve gridiron greatness anytime, anywhere with a robust new feature set including dynamic NFL seasons, competitive gameplay and new offensive schemes and abilities to build teams around. Madden NFL Mobile is available now for download on the App Store and Google Play.

Madden NFL 20 is developed in Orlando, Florida by EA Tiburon and is available now for Xbox One, PlayStation®4 and Origin for PC.

Min Min from ARMS Dishes Out Spicy Punches and Kicks in...