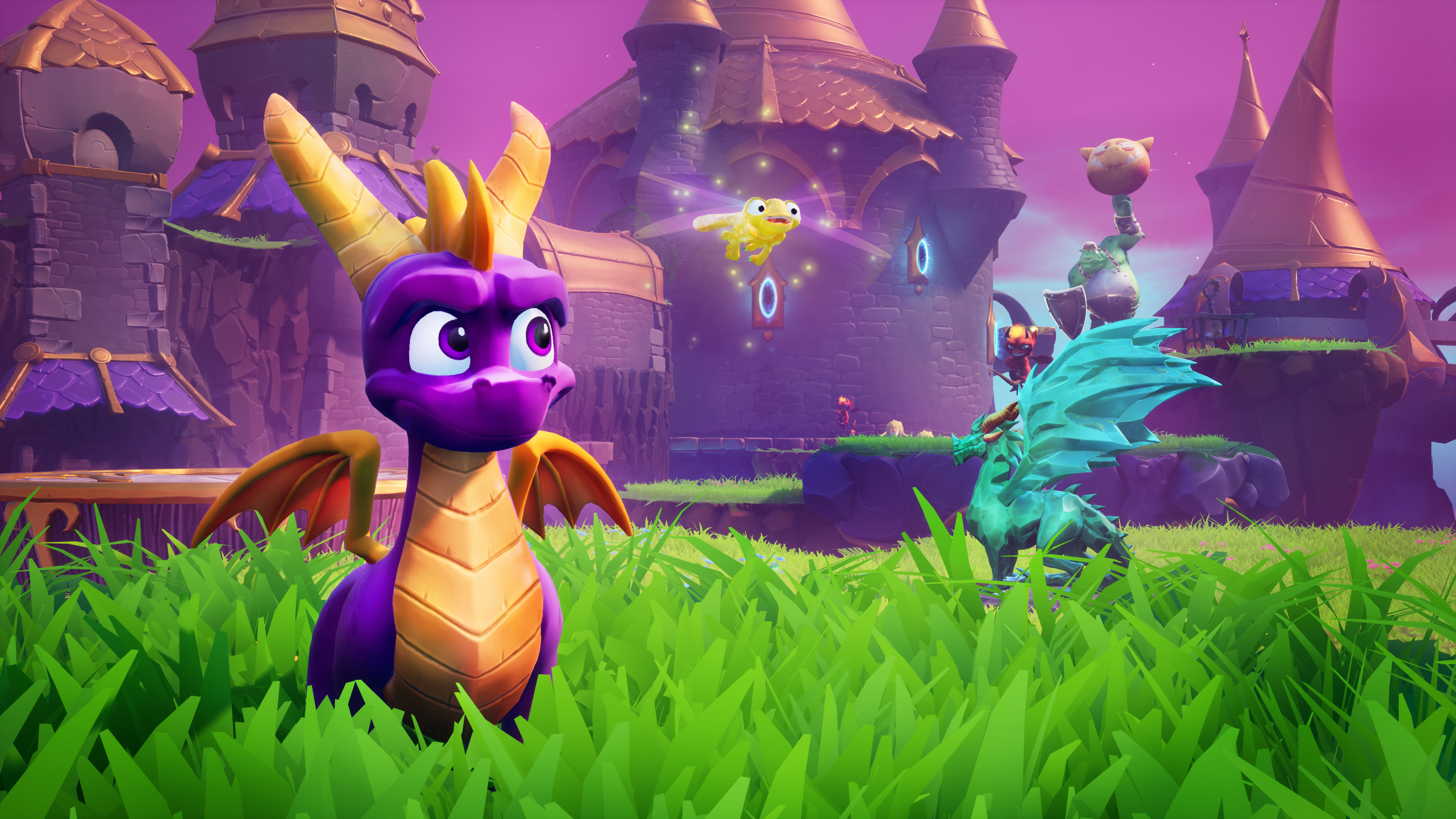 SANTA MONICA, Calif.–(BUSINESS WIRE)–#SyproTheDragon—Spyro is spreading his wings this year by giving fans more ways to experience the fun of Spyro™ Reignited Trilogy. The remastered videogame that made gamers fall in love with “the purple dragon from the ‘90s” all over again lands on Nintendo Switch™ and PC via Steam worldwide on September 3. Already available on PlayStation® 4 and Xbox One, this September will mark the very first time that all three original games – Spyro™ the Dragon, Spyro™ 2: Ripto’s Rage! and Spyro™: Year of the Dragon – will be playable on these new platforms with the Spyro Reignited Trilogy.

No matter how you like to play, Spyro has players covered. Gamers looking for an on-the-go gaming experience can take Spyro Reignited Trilogy with them on their next adventure via the Nintendo Switch in handheld mode. The remastered trilogy also gives players on PC via Steam something to look forward to this year with the ability to play with up to 4K graphics and uncapped framerate capability on supporting systems.

To celebrate Spyro’s 21 years of saving the Dragon Realms with a remastered twist, lead developer Toys For Bob is inviting fans to tune in to a special live stream on Games Done Quick’s Twitch Channel at 10 a.m. PT on Sept. 3. During the stream, fans will get a dragon’s-eye view into how the studio is commemorating the launch of the game on these two platforms and how players can join in on the fun.

The Spyro Reignited Trilogy features the memorable and exciting gameplay that fans will remember from the ‘90s but in beautiful, HD graphics. The trilogy features over 100 levels, enhanced reward sequences, Spyro’s crew of eccentric pals (including Sparx the Dragonfly, Hunter, Sheila, Agent 9 and Sgt. Byrd) and much more! The trilogy also provides players an enhanced experience with beautifully rendered environments, enhanced controls and awe-inspiring cinematics for added flare in these epic adventures.

As if that wasn’t enough excitement, Activision Publishing, Inc., a wholly owned subsidiary of Activision Blizzard, Inc. (NASDAQ: ATVI), is bringing two videogame icons together in a big way when Spyro joins the race in Crash™ Team Racing Nitro-Fueled’s Spyro & Friends Grand Prix that’s set to go live on August 30th.* Available for no additional charge to those who have purchased the main game, the Spyro & Friends Grand Prix is giving the iconic purple dragon a license to crash the CTR party for the first time.

In the Spyro & Friends Grand Prix, players can burn rubber and cruise through “Spyro Circuit,” the all-new Spyro-themed track while collecting gems, dodging firework bundles and (of course) flying by sheep. Spyro won’t be venturing into this alone, the purple speedster will be joined by Hunter and Gnasty Gnorc as playable characters with Sparx joining in the fun as a protection mask akin to Aku Aku on the Spyro Circuit track. The Spyro & Friends Grand Prix will also come packed with other hot content that players can earn when connected to the internet, such as fresh new rides with the Spyromobile, Gnasty Ride and Dragonfly, as well as other new Pit Stop items including the amazing new Gem Paint Jobs and element-themed wheels, the Viking Polar Skin, the Orc Big Norm skin and more!

Spyro Reignited Trilogy is firing up on new platforms: Nintendo Switch™ (Toys for Bob) and PC (Iron Galaxy) via Steam starting on September 3 for the suggested retail price of $39.99. Beenox’s Crash Team Racing Nitro-Fueled and Crash Team Racing Nitro-Fueled – Nitros Oxide Edition (digital deluxe) are now available on PlayStation® 4, Xbox One, and Nintendo Switch™ worldwide for the suggested retail price of $39.99 and $59.99, respectively. The amount of epic Spyro challenges and journeys from both games is enough to provide fans hours upon hours of fun. For more information about Spyro Reignited Trilogy (@SpyroTheDragon) and Crash Team Racing Nitro-Fueled (@CrashBandicoot) check out each games’ Twitter, Facebook and Instagram profiles.