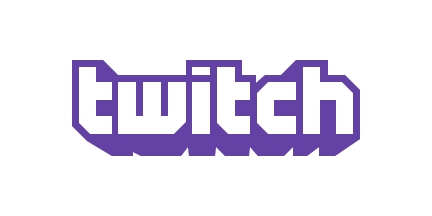 SAN FRANCISCO–(BUSINESS WIRE)–Twitch, the leading service and community for multiplayer entertainment, today announced a partnership with the Raiders as a founding partner of Allegiant Stadium in Las Vegas starting in 2020. The partnership will include a Twitch-branded lounge in the lower level of Allegiant Stadium, featuring interactive elements that are native to the Twitch experience, including streamer stations, Twitch viewing screens, esports competitions and future Twitch events. The Twitch lounge will also bring Twitch’s unique live streaming capabilities and active community to a variety of entertainment experiences that will take place at the Allegiant Stadium, such as top-billed sporting events, concerts, esports competitions and more in the years ahead.

“At Twitch, we are constantly looking for new ways to engage with our community online and IRL. Being a founding partner at Allegiant Stadium is a perfect opportunity for Twitch to converge our passionate gaming and live esports community with the world of traditional sports,” said Sara Clemens, Chief Operating Officer at Twitch. “As part of our long-term vision for multiplayer entertainment, we are excited to elevate the spectator experience at live events in the heart of the Entertainment Capital of the world.”

Among the many events and experiences coming to Allegiant Stadium and sponsored by Twitch are the following:

“We’re thrilled to announce our partnership with Twitch as the Official Streaming Platform of the Raiders and Allegiant Stadium,” said Raiders President, Marc Badain. “The Twitch Lounge will elevate the spectator experience for Raiders fans in a brand new way — bridging the connection between fans in the stadium and at home unlike ever before.”

Legends Global Partnerships represented the Raiders to secure the Founding Partnership with Twitch as a part of their duties as the stadium’s official premium ticketing and sponsorships agency.

Located adjacent to the world-famous Las Vegas Strip, with construction scheduled to be completed in 2020, Allegiant Stadium will become a global events destination, highlighted by the arrival of the NFL’s iconic Raiders. Allegiant Stadium will be ideally located for both visitors and locals, fully enclosed and climate controlled with a capacity of 65,000. The technologically advanced stadium will host world-class entertainment including globally recognized sporting events such as the Pac-12 Championship Game and Las Vegas Bowl, concerts, as well as be the future home of UNLV Football. The Allegiant Stadium project is expected to generate an economic benefit of $620 million annually, while creating 6,000 permanent jobs in Southern Nevada.

Launched in 2011, Twitch is a global community that comes together each day to create multiplayer entertainment: unique, live, unpredictable experiences created by the interactions of millions. It brings the joy of co-op to everything, from casual gaming and world-class esports to anime marathons, music, and art streams. Twitch also hosts TwitchCon, the biggest community event of the year, where tens of thousands of people come together to celebrate and connect with others who share their interests and passions. We’re always live at Twitch. Stay up to date on all things Twitch on Twitter and on our blog.