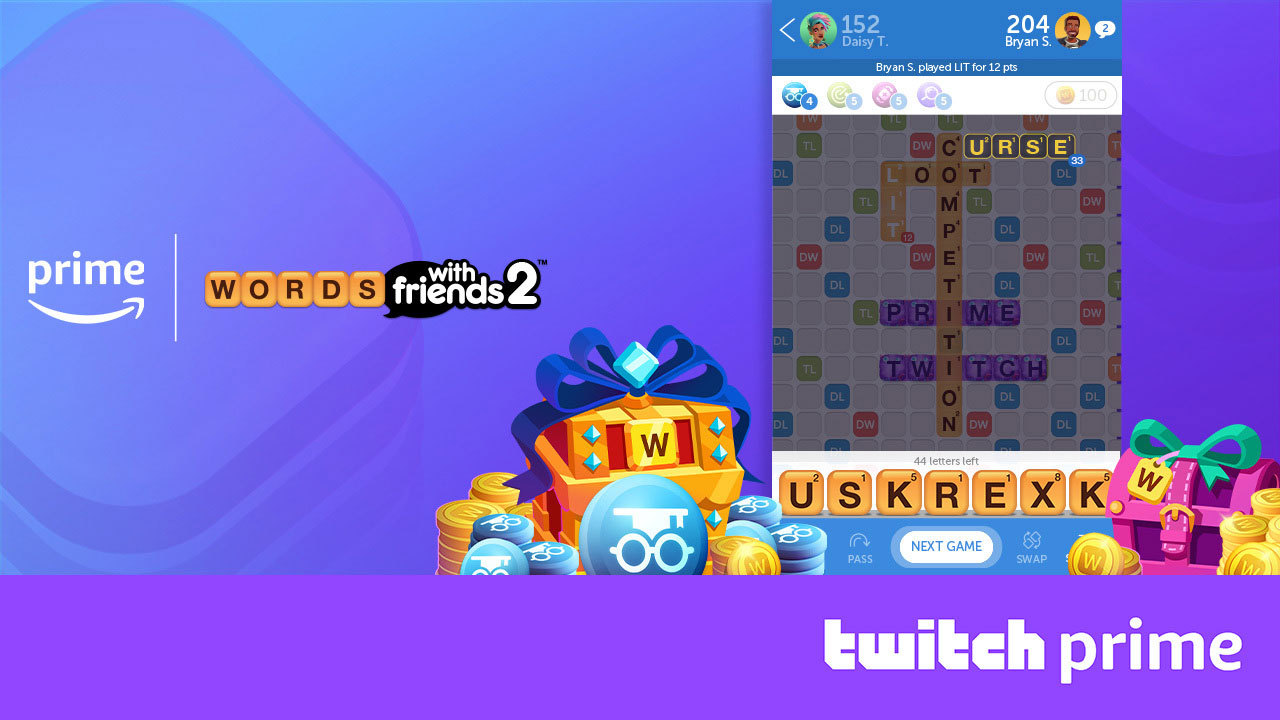 As part of the collaboration between Zynga and Amazon Prime, which began on April 27, 2020, Prime members can claim free mobile game content, such as mystery boxes and exclusive tile styles, within Words With Friends 2. Players will be shown banners showcasing the offers and can sign in with their Amazon accounts to claim their rewards. Details on Prime content for Words With Friends 2 are available here.

Garth Brooks has an ongoing relationship with Words With Friends that began with the game’s 10-year anniversary in May 2019. To celebrate the anniversary, Brooks designed a custom tile style, hosted a series of giveaways and took part in a fireside chat at Zynga’s headquarters.

“Throughout my career, I’ve learned that one of the most valuable things in life is connecting with others. I like working with Zynga and Amazon Prime because I believe games like Words With Friends have the potential to connect people all over the world,” said Brooks. “I hope this initiative will help more people foster the important relationships in their lives. Sometimes, a few minutes of play can be as meaningful as a phone call or a letter. It is giving us the opportunity to love one another from a distance.”

“Working with Garth Brooks is a true pleasure and we’re thrilled to continue our relationship with this new Amazon collaboration, which brings such amazing rewards to our players,” said Bernard Kim, President of Publishing at Zynga. “Now, more than ever, games are an important source of connection and enjoyment around the world, and we believe that teaming with Amazon will give us more ways to surprise and delight our players.”

“Prime members are already getting some great free content for Words With Friends 2, and there’s a lot more on the way,” said Ethan Evans, VP of Twitch Prime. “We hope teaming up with Zynga, and now Garth Brooks, will bring Prime members a little more jubilance (play it right and that one will earn you at least 62 points!) as they play one of their favorite games.

In addition to mobile gaming benefits included with Prime, more than 150 million paid members around the world enjoy the many benefits of Prime including the best of shopping and entertainment from Amazon. In the U.S. that includes free delivery, free games and in-game content with Twitch Prime; unlimited streaming access to thousands of movies and TV shows on Prime Video; two million songs with Amazon Music; a free rotating selection of more than 1,000 books, magazines and comics with Prime Reading; and more. For more details about Prime, visit amazon.com/prime.

Words With Friends 2 is available for download on the App Store for iPhone and iPad, and on Google Play for Android devices.

To view the supporting assets for Words With Friends please click here:
https://www.dropbox.com/sh/m6y2q0m0m0yyzrv/AABRXvu-wBBy2CaqXqBTLZBOa?dl=0

Zynga is a global leader in interactive entertainment with a mission to connect the world through games. To date, more than one billion people have played Zynga’s franchises including CSR Racing™, Empires & Puzzles™, Merge Dragons!™, Words With Friends™ and Zynga Poker™. Zynga’s games are available in more than 150 countries and are playable across social platforms and mobile devices worldwide. Founded in 2007, the company is headquartered in San Francisco with locations in the U.S., Canada, U.K., Ireland, India, Turkey and Finland. For more information, visit www.zynga.com or follow Zynga on Twitter, Instagram, Facebook or the Zynga blog.