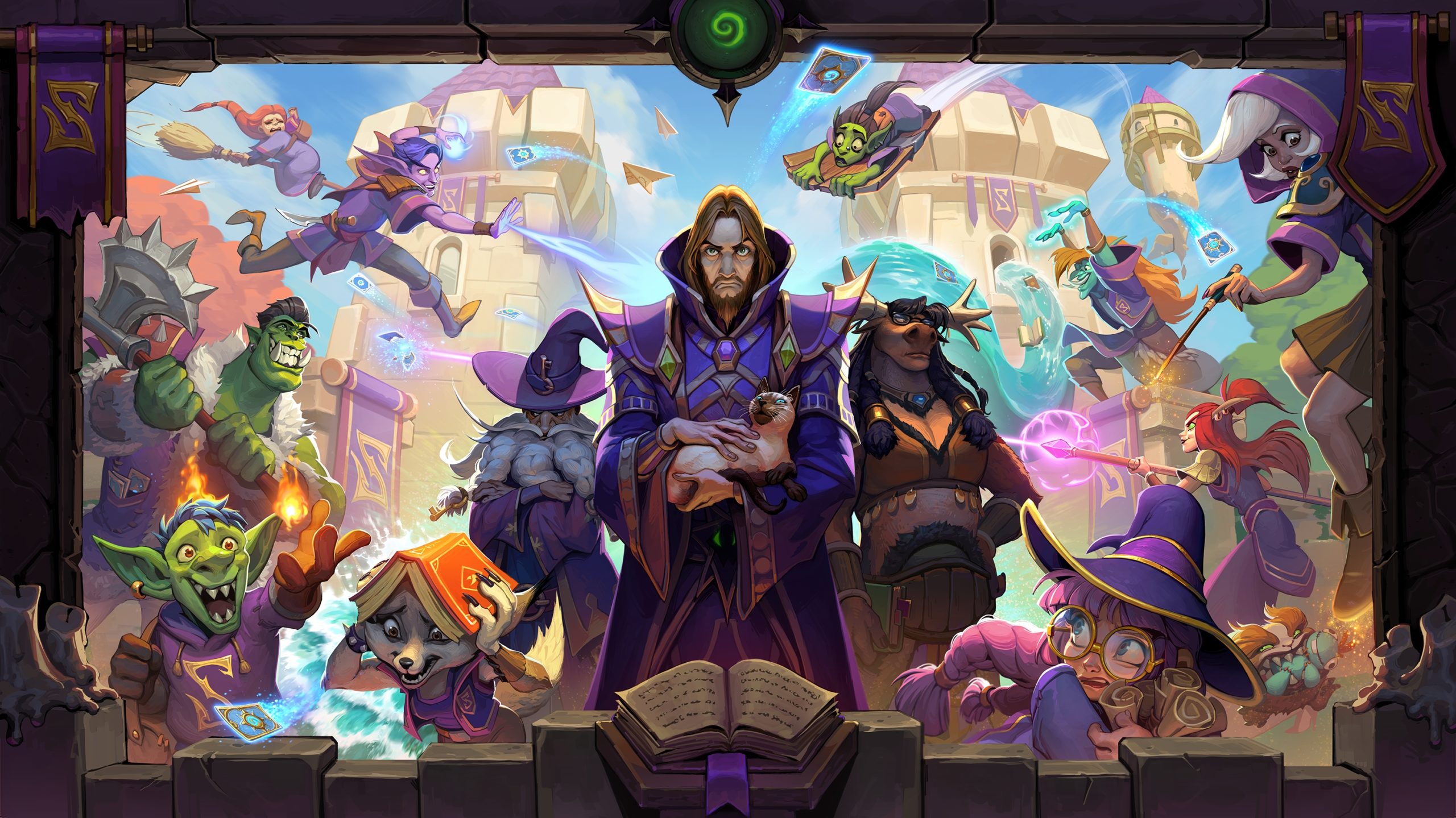 IRVINE, Calif.–(BUSINESS WIRE)–Class will officially be in session early August with the arrival of Scholomance Academy™, the next expansion for Blizzard Entertainment’s smash-hit digital card game Hearthstone®. Within the hallowed halls of this fabled college of magic, Students will encounter 135 all-new cards, designed to supercharge the game with sorcerous synergies and dazzling displays of arcane splendor.

At Scholomance Academy, students will immerse themselves in a range of magical disciplines designed to empower their continued success in Hearthstone. This mystical curriculum is best represented by Dual-Class cards, usable by two classes (the ultimate double major) and designed around mechanics and strategies they both share. Hunter and Druid students, for example, both have an affinity for beasts and will learn of new ways to harness their wild power. There are 40 Dual-Class cards in Scholomance Academy, including 10 signature Legendary professor minions—one for each of the unique class pairings.

To achieve the highest marks, Scholomance Academy pupils will also have to master the Spellburst keyword, found on minions and weapons, which triggers a powerful one-time effect the next time the player casts a spell. In addition, Studies allow players to Discover a card (select one card from three choices to add to your hand) immediately and reduce the mana cost of the next card they play of that type.

“We love introducing new twists and mechanics to Hearthstone, and Scholomance Academy is one of our most inventive expansions to date,” said J. Allen Brack, president of Blizzard Entertainment. “This is Hearthstone at its best, and we can’t wait to see what players do with the new Dual-Class cards and all the other tools and tricks we’re adding.”

For more information on Scholomance Academy, visit the official site.

With more than 100 million players worldwide, Hearthstone is Blizzard Entertainment’s internationally acclaimed, free-to-play digital card game designed for novice and veteran card-slingers alike. Players can choose from 10 powerful hero classes and customize their decks with minions, spells, and weapons based on the unique fantasy of the Warcraft® universe. Featuring a variety of game modes ranging from epic head-to-head duels to story-driven Solo Adventures, Hearthstone offers a vibrant and rewarding experience stacked with strategy, personality, and fun. Hearthstone is available globally for Windows and Mac PCs; Windows, iOS, and Android tablets; and iOS, and Android mobile phones.

Best known for blockbuster hits including World of Warcraft®, Hearthstone, Overwatch®, the Warcraft, StarCraft®, and Diablo® franchises, and the multifranchise Heroes of the Storm®, Blizzard Entertainment, Inc. (www.blizzard.com), a division of Activision Blizzard (NASDAQ: ATVI), is a premier developer and publisher of entertainment software renowned for creating some of the industry’s most critically acclaimed games. Blizzard Entertainment’s track record includes twenty-two #1 games* and multiple Game of the Year awards. The company’s online gaming service, Battle.net®, is one of the largest in the world, with millions of active players.

*Sales and/or downloads based on internal company records and reports from key distributors.

2020 Insights on the Worldwide Toys & Games Retailers Industry – Seek Out the Most Attractive Acquisition – ResearchAndMarkets.com

Insights into the Japanese Share in China’s Games Market – ResearchAndMarkets.com