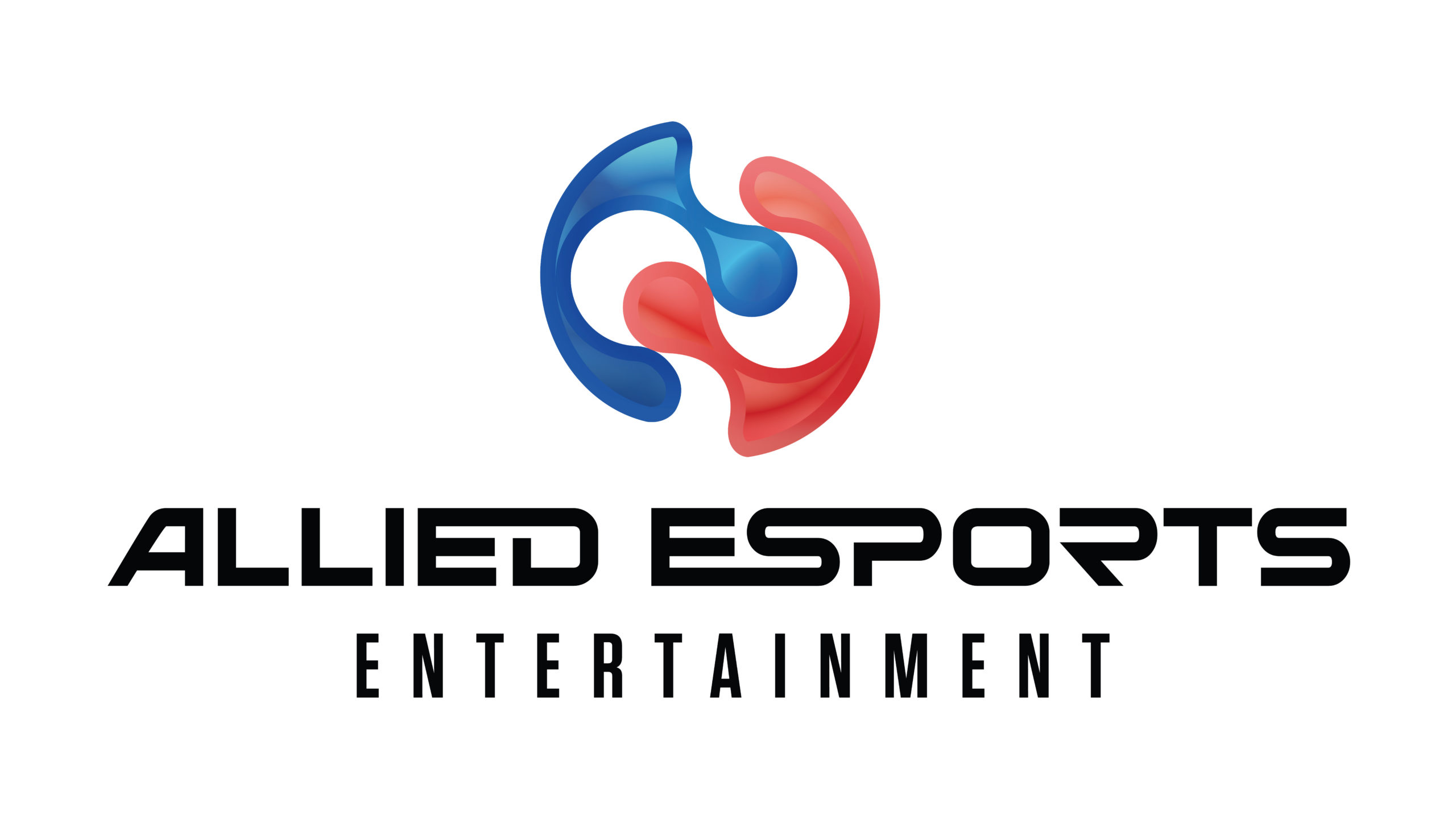 Commenting on the second quarter results, the Company’s CEO, Frank Ng, said, “Throughout the second quarter, we continued to operate in an extremely challenging environment arising from the ongoing COVID-19 pandemic. The shelter-in-place orders that extended for the majority of the second quarter resulted in the temporary shut-down of the In-person pillar of our business activities, which negatively affected our second quarter financial performance. Given this reality, we quickly shifted our strategic focus to the Multiplatform Content and Interactive Services pillars in order to mitigate the impact of the pandemic on our business and continue to serve our loyal communities. Overall, I am proud of our employees’ steadfast dedication and commitment, as well as the team’s ability to rapidly pivot and manage through this pandemic.”

Mr. Ng continued, “An important highlight in the second quarter was the successful refinancing of $14.0 million of outstanding debt and $3.7 million of accrued interest previously scheduled to mature on August 23, 2020. By extending the debt maturities for up to an additional two years, we have significantly enhanced our financial flexibility as we continue to navigate economic uncertainties during the pandemic, while working to create value and growth for the future.”

Total net loss for the second quarter of 2020 was $10.9 million including a one-time, non-cash Conversion inducement expense of $5.2 million related to recent debt refinancing. This is an increase from total net loss of $2.8 million in the prior year period.

During the second quarter, the Company completed a series of transactions to address approximately $14.0 million of convertible debt obligations that were scheduled to mature in August 2020. These transactions included:

As of June 30, 2020, the Company had a cash position of $14.2 million, including $5.0 million of restricted cash, compared to $12.1 million at December 31, 2019, which included $3.7 million of restricted cash. The gross principal amount of the Company’s debt held by lenders that participated in the financing activities, as described above, totaled $13.0 million, with final maturities ranging from February 2022 to June 2022. As of June 30, 2020, the Company’s common shares outstanding totaled 28.3 million shares.

In the second quarter of 2020, Allied Esports produced 78 events, with 60 proprietary online events and 18 third-party productions, across its North American and European business units. Allied Esports pivoted its in-arena offerings to online events and production services in mid-March as a response to the COVID-19 pandemic. This strategy grew the customer base at a time when the flagship HyperX Esports Arena Las Vegas at the Luxor Hotel & Casino was temporarily closed. Nevada regulations allowed for the opening of casinos in June and the Luxor Hotel and HyperX Esports Arena opened its doors to customers, with restrictions, on June 25, 2020.

In the second quarter, clients began leveraging Allied Esports as a platform to continue to engage and grow their customer and fan bases and included LAFC, Jackie Robinson Foundation and NFL Alumni Association. In addition, Allied Esports played a part in the digitization of live events as a partner and producer in DIGI1, the digital version of 2019’s successful Gamevention Exhibition in Hamburg, Germany.

Allied Esports also launched multiple programming offerings, both proprietary and with partners, in the second quarter of 2020, including the production of HyperX Game Spotlight, a deep dive episodic program focused on game developers telling the stories behind the inspiration and evolution of their games, and Esportstudio, which brings traditional sports athletes together to compete in the video game version of their sport. In addition to live streaming on Twitch, Esportstudio also aired live on Germany’s sportdeutschland.tv OTT platform. Allied Esports also launched the 12th edition of its Legend Series event IP featuring VALORANT, the most popular new game from Riot Games.

In June, the WPT Online Poker Open on the partypoker US Network became the first WPT real money online gaming event to take place in the United States since the Unlawful Internet Gambling Enforcement Act took effect in 2006. The event set the record for largest prize pool in partypoker US Network’s history.

This quarter, WPT Seasons 12 and 13 were distributed in 77% of the syndication marketplace for linear TV in the U.S. With this reach of distribution, WPT may be in a position to sell national ad buys in 2021, potentially increasing future ad sales revenues. YouTube and Twitch revenues have also increased due to live streaming initiatives with airing WPT’s content library.

On June 1, WPT successfully launched ClubWPT Diamond, its new premium level membership of ClubWPT. Early adoption of the new subscription level exceeded expectations. ClubWPT is WPT’s online membership site that offers inside access to the WPT, as well as a sweepstakes-based poker club accessible with no purchase necessary.

During the second quarter, WPT also partnered with Budweiser and World Central Kitchen to produce the King’s Celebrity Poker Challenge on ClubWPT, which aired on FS1 and OTT platforms to an audience that reached more than 1 million nationwide viewers. With many live events cancelled, ClubWPT provides an opportunity for WPT to pivot online by leveraging the Company’s assets, including having featured WPT talent live stream their play on ClubWPT in a regular series of online tournaments on Twitch, which has promoted the ClubWPT product in front of thousands of weekly viewers.

The Company’s non-GAAP financial measures are not based on a comprehensive set of accounting rules or principles, and our non-GAAP definitions of the “EBITDA” and “adjusted EBITDA” do not have a standardized meaning. Therefore, other companies may use the same or similarly named measures, but include or exclude different items, which may not provide investors a comparable view of the Company’s performance in relation to other companies.

Management compensates for the limitations resulting from the exclusion of these items by considering the impact of the items separately and by considering the Company’s GAAP, as well as non-GAAP, results and outlook, and by presenting the most comparable GAAP measures directly ahead of non-GAAP measures, and by providing a reconciliation that indicates and describes the adjustments made.

This press release includes “forward-looking statements” within the meaning of the “safe harbor” provisions of the United States Private Securities Litigation Reform Act of 1995. When used in this press release, the words “estimates,” “projected,” “expects,” “anticipates,” “forecasts,” “plans,” “intends,” “believes,” “seeks,” “may,” “will,” “should,” “future,” “propose” and variations of these words or similar expressions (or the negative versions of such words or expressions) are intended to identify forward-looking statements. These forward-looking statements are not guarantees of future performance, conditions or results, and involve a number of known and unknown risks, uncertainties, assumptions and other important factors, many of which are outside the control of the parties, that could cause actual results or outcomes to differ materially from those discussed in the forward-looking statements. Important factors, among others, that may affect actual results or outcomes include: the ability to meet Nasdaq’s continued listing standards; the Company’s ability to execute on its business plan; the ability to retain key personnel; potential litigation; the ongoing effects of the COVID-19 pandemic; and general economic and market conditions, impacting demand for the Company’s services. These and other risk factors are discussed in Company reports filed with the Securities and Exchange Commission. The Company does not undertake any obligation to update or revise any forward-looking statements, whether as a result of new information, future events or otherwise, except as required by law.