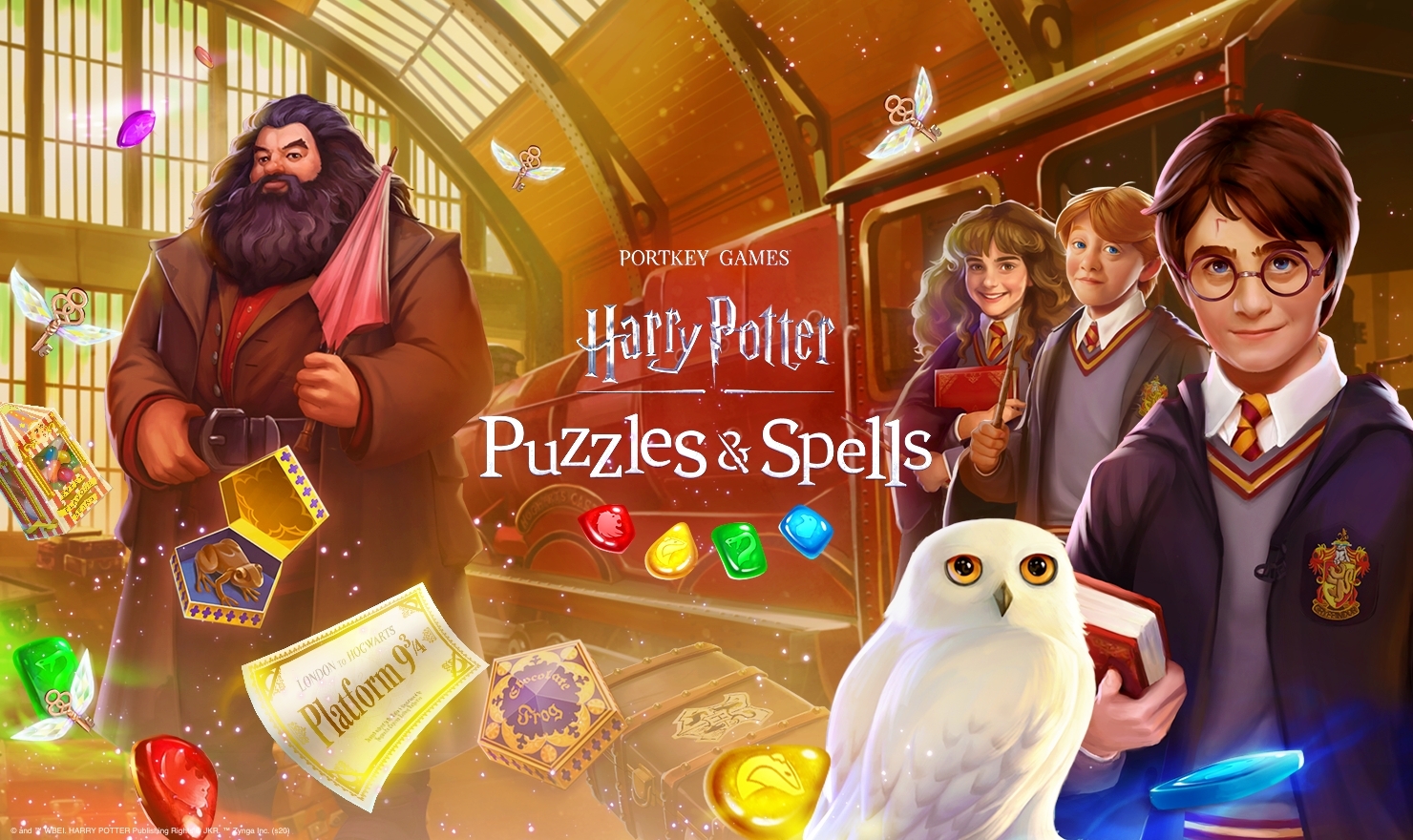 SAN FRANCISCO–(BUSINESS WIRE)–$ZNGA #Zynga–Today, Zynga Inc. (Nasdaq: ZNGA), a global leader in interactive entertainment, announced that its magical Match-3 mobile game Harry Potter: Puzzles & Spells has officially launched and begun rolling out to territories worldwide. Officially licensed from Warner Bros. Games and published under the Portkey Games label, the game is available for free download on Android and iOS devices, as well as on Amazon Kindle and Facebook.

“When the Harry Potter series first came to theatres, it was one of those rare moments when everyone was reading the same book, talking about the same film and coming together around a shared experience,” said Yaron Leyvand, Senior Vice President of Games at Zynga. “Harry Potter: Puzzles & Spells honours fans’ connection to the series with a mobile game infused with the standout moments and delightful Wizarding World flourishes that have captivated a global following. The feedback from soft-launch has been outstanding, and we can’t wait for fans around the world to play.”

“Mobile games have never been more popular or more important to people than they are right now. People are playing games for entertainment, relaxation, and as an accessible source of comfort and connection,” said Bernard Kim, President of Publishing at Zynga. “With Harry Potter: Puzzles & Spells, fans will immerse themselves in the magic, puzzles, and wonder of the series and create Clubs to collaborate and connect with others fans of Wizarding World.”

In Harry Potter: Puzzles & Spells, players enter a Match-3 adventure brimming with the spells, humour, colour and characters of the Harry Potter series. Featuring the soundtrack and voiceover recordings from the original Harry Potter films, fans follow an authentic, mobile retelling of Harry’s journey through the Wizarding World. Earning spells and special boosts as they advance, players solve Match-3 puzzles populated with hopping Chocolate Frogs, fluttering Winged Keys, battling wizard chess pieces, and other unexpected obstacles and objects. Between colourful puzzles, players will be treated to iconic moments from the narrative, such as Harry’s journey on the Hogwarts Express, Hagrid’s magical creatures and Hermione casting the Wingardium Leviosa spell.

Building their magical aptitude, players earn spells, powerups, and experience points as they progress through the game to level up their skills and in-game personas. Players can also earn powerful rewards by completing Daily Events that reference a multitude of moments from the Harry Potter series. In the spirit of the camaraderie and friendly competition of Hogwarts, players can join or form clubs with other fans to socialise, collaborate on puzzle strategies, share lives and vie for prizes in exclusive Club Events.

For the next seven days, players who download the game for their Android or iOS device will instantly receive the Welcome Bundle, containing in-game gold, extra lives and special Quidditch Goggles to customize their avatars.

Zynga is a global leader in interactive entertainment with a mission to connect the world through games. To date, more than one billion people have played Zynga’s franchises including CSR RacingTM, Empires & PuzzlesTM, Merge Dragons!TM, Merge Magic!TM, Toon Blast™, Toy Blast™, Words With FriendsTM and Zynga PokerTM. Zynga’s games are available in more than 150 countries and are playable across social platforms and mobile devices worldwide. Founded in 2007, the company is headquartered in San Francisco with locations in the U.S., Canada, U.K., Ireland, India, Turkey and Finland. For more information, visit www.zynga.com or follow Zynga on Twitter, Instagram, Facebook or the Zynga blog.

Warner Bros. Games, a division of Warner Bros. Home Entertainment, Inc., is a premier worldwide publisher, developer, licensor and distributor of entertainment content for the interactive space across all platforms, including console, handheld, mobile and PC-based gaming for both internal and third-party game titles. Additional information about Warner Bros. Games can be found at https://www.wbgames.com/.