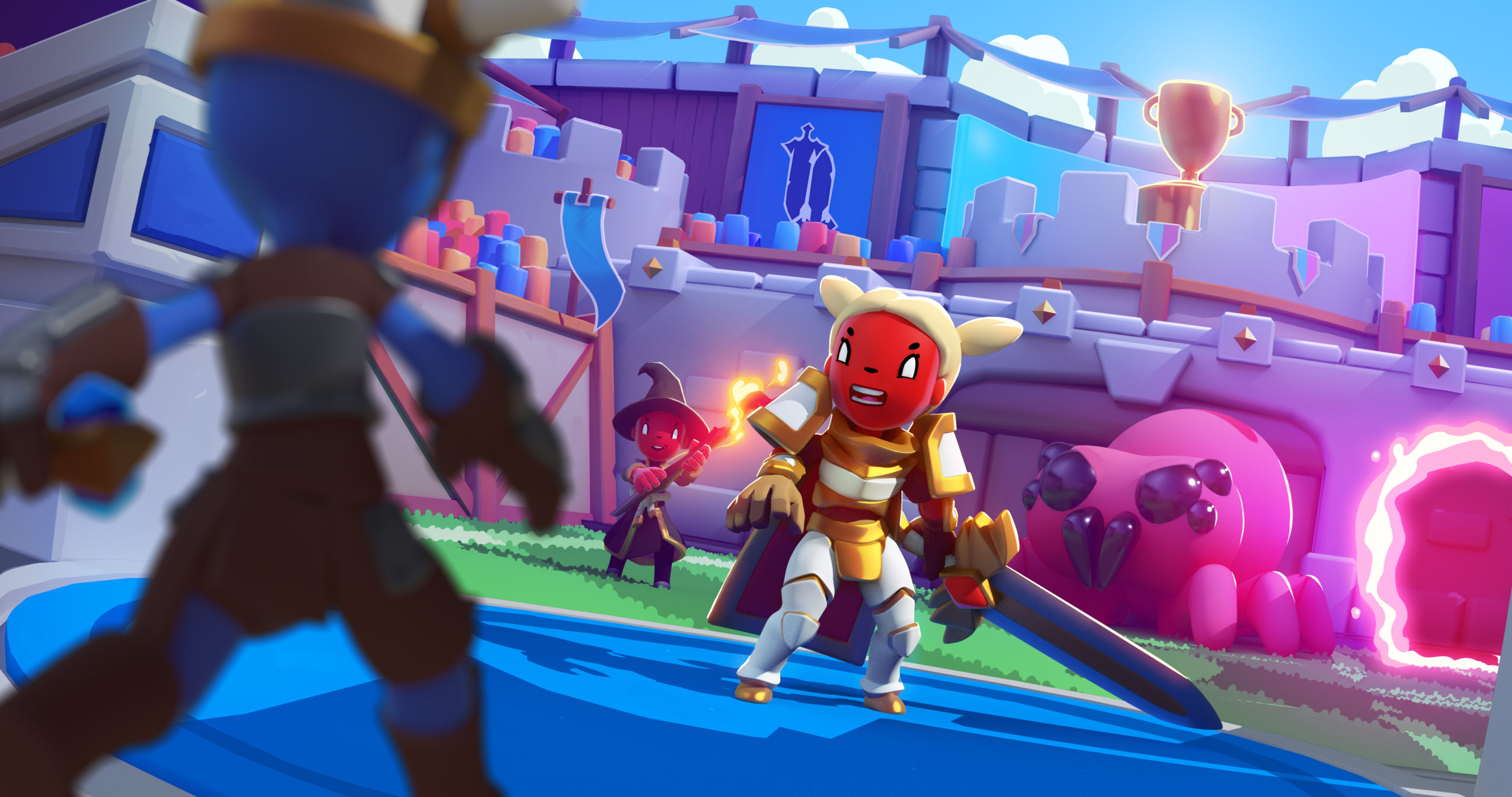 SEATTLE–(BUSINESS WIRE)–#gaming–Lightfox Games, a Seattle-based mobile games developer and publisher today announced a seed round investment of $3.3M led by March Gaming, with participation from Hiro Capital and 1Up Ventures.

The newly raised funds will be used to grow the team and bring their first product, Super Battle League, to market. “The best games are built by small, passionate, talent-rich, multi-disciplinary teams that are open to and quick to react to player feedback,” says CEO Hanft-Murphy, who has shipped over 30 titles in his 17 years as a games developer.

Super Battle League is an innovative 3v3 real-time mixed PvE and PvP game where two teams race to see who can beat the boss first. To date, mobile midcore games have struggled with attracting and retaining a wider casual audience. Real-time multiplayer games like Brawl Stars and ‘battle royale’ games have been successful in offering midcore players a competitive outlet on mobile but haven’t drawn in a more casual audience. Lightfox Games believes they can capitalize on this underserved part of the market and expand the genre. The game presents as a casual party-based PvE game with its portrait orientation and one-handed play. Depth is subsequently layered in, as players get more exposed to PvP play and work to level up their gear while competing in hundreds of randomly generated arenas.

Part of the inspiration behind Super Battle League comes from the founders playing years of MMORPG games like World of Warcraft that have rich and deep social experiences. Those experiences often require hours of gameplay per session that don’t often translate well to mobile. Hanft-Murphy and Arnold believe they can capture the same magic from their days of raiding dungeons with friends and deliver it through short, compelling 3-minute competitive sessions. Head of Product, Jordan Arnold says, “We want to develop experiences that create shared stories among players when they play with their friends, and we want to ensure there is depth and progression that keeps them entertained and rewarded for a long time.” While Super Battle League is being built with some of the progression systems that players have grown accustomed to in more core experiences, such as weapon variety and leveling, perks, and cosmetics, the game is looking to casualize and introduce those systems over time to make sure more casual players feel at home.

Another angle of exploration for the company is the rapidly growing esports and mobile focused content creation scene. Few mobile only or mobile first games have yet to reach or sustain the heights on Twitch or YouTube that console and PC games have.

“We believe there is huge demand for compelling synchronous, real-time competitive experience on mobile, just as there is on pc and console. However, the market is currently underserved with few offerings designed for short session mobile play; we believe the Lightfox offering captures incredibly compelling mechanics and gameplay typically found only in much longer session core platform games,” says March Gaming’s Gregory Milken.

Ian Livingstone CBE, co-founder of Hiro Capital, commented, “I was instantly impressed by the experience and professionalism of the Lightfox team. Super Battle League is an inspired take, bringing the hack and slash genre to mobile devices in a fun, competitive and social fashion. Hiro Capital is delighted to be investing in such a promising team and vision.”

Lightfox Games is dedicated to becoming the gold standard for what it means to build socially connected games. Founded in 2019, Lightfox Games believes in small passionate teams and deeply social experiences to connect players in meaningful ways. Lightfox’s team is made up of industry veterans with experience from King, EA, Disney, Epic Games and Amazon. For more information about Lightfox Games visit www.lightfoxgames.com.

March Gaming is an investment fund under the March Capital parent company, investing globally and headquartered in Santa Monica, California. Led by Gregory Milken, a Managing Partner of March Capital, this $60M fund is dedicated to leading seed & series A gaming investments into exceptional teams that are building industry-leading content, technology and platforms. For more information on March Gaming, please visit marchcp.com/gaming.

Hiro Capital is a Luxembourg / London technology Venture Capital fund which invests in US, European and UK innovators in Games, Esports and Digital Sports. Hiro Capital generally invests at the post-seed Series A and B stages. We invest both in front-end Content creators in Games, Esports and Digital Sports and in deep tech sector-specific applications of Cloud, Mobile, Streaming, Big Data, AI, Wearables, AR and VR technologies. We invest in the innovator heroes who are building that future. For more information on Hiro Capital, please visit https://hiro.capital/

1Up Ventures, L.P., is operated by general partner Ed Fries. A former Microsoft executive, Fries was in charge of game publishing operations through the launch of the original Xbox and has served as a board member and advisor to dozens of companies. For more information on 1Up Ventures, please visit https://1Upfund.com/

Darkness Rises and For Honor Team Up in Global Collaboration