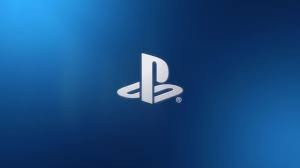 Sony has announced the imminent arrival of the ForwardWorks division, effectively opening up to mobile. So even Sony, after Nintendo with Pokémon GO! and Miitomo, has decided to focus on platforms that have been attracting more and more players for some time.

According to what was reported in the official press release, ForwardWorks will be an independent company that, from 1 April, will be in charge of creating apps and games for the Asian and Japanese market compatible with iOS and Android devices starting from games developed for Sony consoles.

We recall that in the past, apps taken from Sony console games (such as Invizimals Revolution, LittleBigPlanet and Mortal Kombat X) have also been released under the PlayStation Mobile brand. We can therefore assume that the birth of ForwardWork is part of the reorganization plan for which there will be the merger between Sony Computer Entertainment and Sony Network Entertainment International in Sony Interactive Entertainment which will also take place from 1 April.

We talk about Video Games is not the owner of the images used, so thank the owners

Duke Nukem - You can't see me!