It will be the same North American date to mark the arrival in Europe of the title: February 14 2017, its PlayStation 3 e PlayStation 4 in two different editions, Launch Edition e Premium Edition.

All the details in the press release that we include below.

Milan, 9 August - Deep Silver today revealed that person 5, the award-winning JRPG person, developed by ATLUS, will be available across Europe and PAL territories on February 14 2017, for a simultaneous launch. This chapter will be exclusive to PlayStation®4 (PS4) at € 69,99 and PlayStation®3 at € 49,99 in physical and digital versions.

Reservations are now open for both PlayStation®4 versions of Persona 5: the “Take Your Heart” Premium Edition and the SteelBook® Launch Edition. The "Take Your Heart" Premium Edition, is available for € 89.99 and includes the game, the collectible SteelBook, the Soundtrack CD, Morgana's soft toy, a 64-page hardcover artbook and a school bag. . The Persona 5 SteelBook Launch Edition includes the game & collector's box priced at € 69,99. For PlayStation®3, only a standard version will be available at a price of € 49,99.

5 person is a game about the inner and outer conflicts of a group of high school students - the protagonist and a group of companions he encounters during the adventure - living a double life like Ghost Thieves. They spend the typical day of a high school in Tokyo: they attend classes, do business after school, and do part-time work. But they can also engage in fantastic adventures using their ultraterrenal powers to enter the hearts of people. Their power comes from Persona, the Jungian concept of "self". The heroes of the game realize that the forces of modern society bring people to wear masks to protect their vulnerability and only by ripping them literally from the protective mask and confronting them with their inner self, heroes are able to awaken their strength deeper to try to help those who need it. The Ghost Thief Group tries to change the world day by day listening to their perceptions and scrutinizing through the masks that modern society wears. 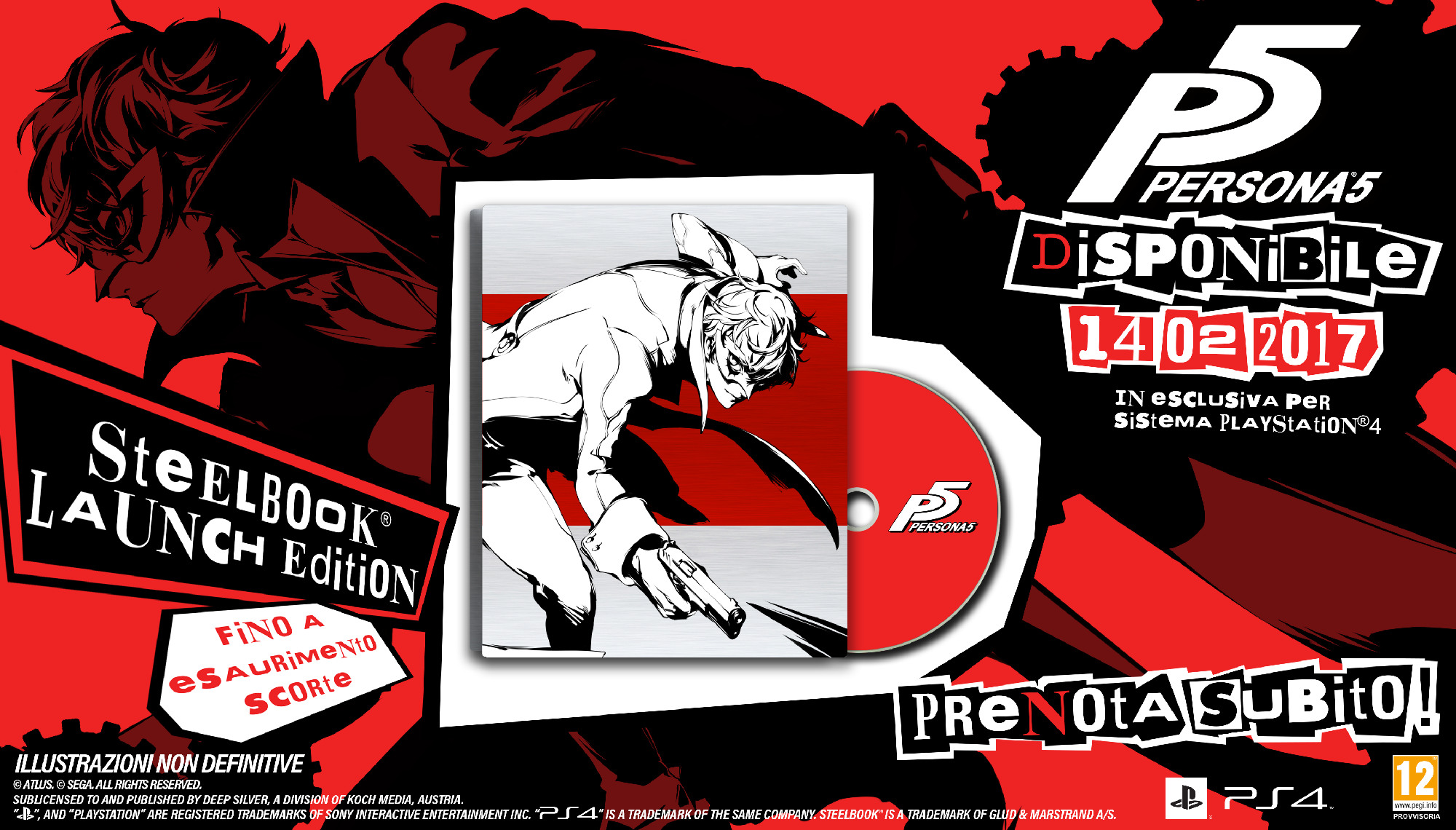 PS4 SteelBook Launch Edition - Available only for PlayStation 4 (€ 69,99) with pre-order limited edition and with purchase per day-one until stocks are exhausted 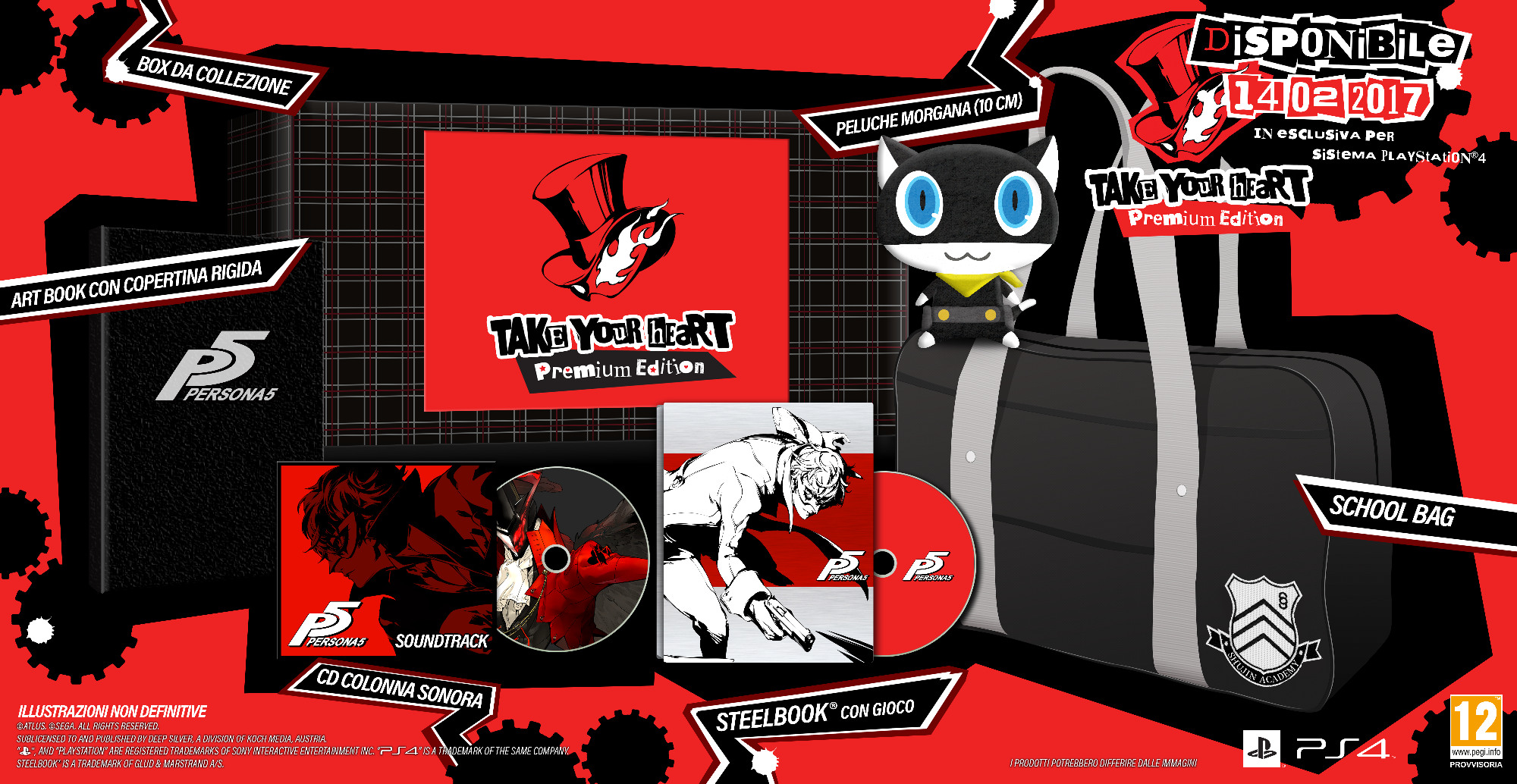