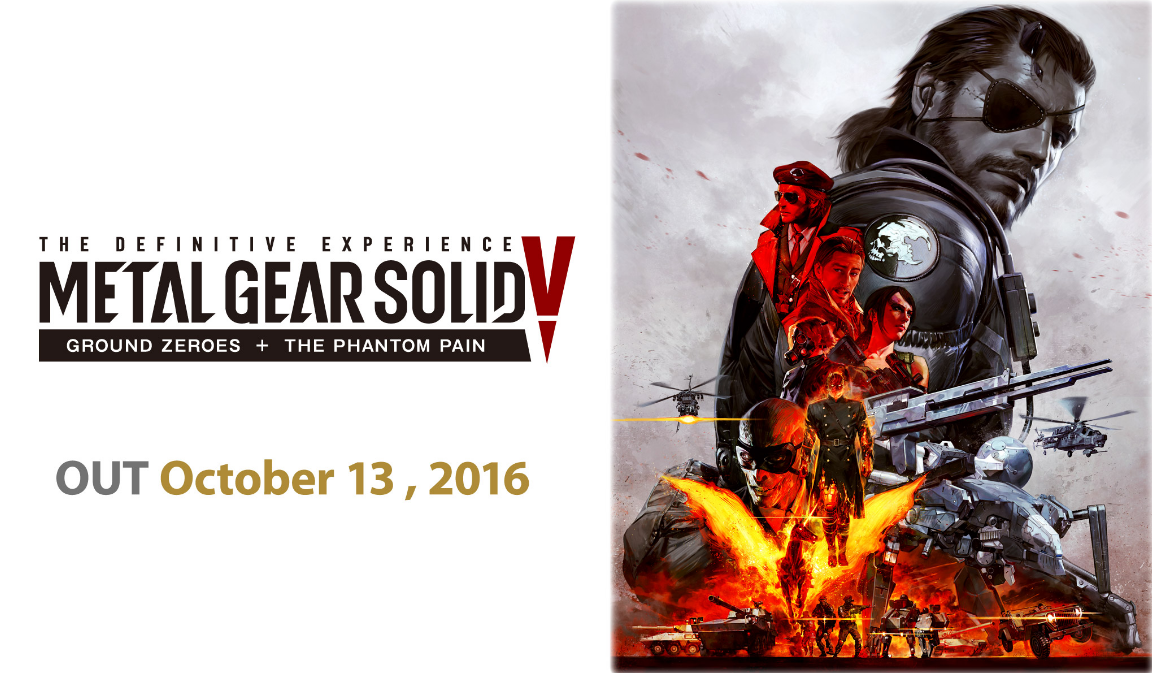 Since the announcement of the division into two parts of the fifth chapter of the saga of Metal Gear Solid, we were more than convinced that, sooner or later, Konami would have proposed a version of the game containing both titles and, therefore, we are satisfied. Today, the Japanese software house announced the actual realization of the definitive version of the much discussed Metal Gear Solid V. That edition will be named Metal Gear Solid V: The Definitive Experience and will be available from 13 October both PlayStation 4 that of Xbox One e PC (where the title will be available through the platform Steam).

The package will include Metal Gear Solid V: The Phantom Pain, Metal Gear Solid V: Ground Zero and all DLCs so far released. As far as, however, Metal Gear Online, Konami stated that it will be available as a multiplayer mode within The Phantom Pain. As for the console version of the title, the price will be € 39.99 while for the PC version, the Japanese software house has not yet expressed any details regarding the cost and the actual contents.

In case you are interested in more details about the game, we will redirect you to Official site of the title. 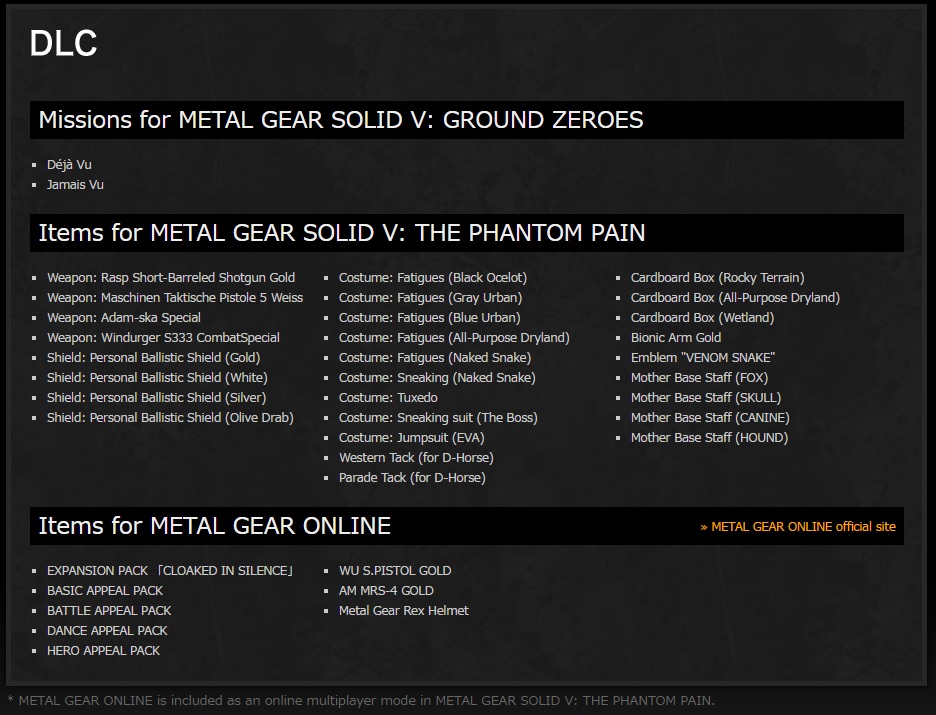