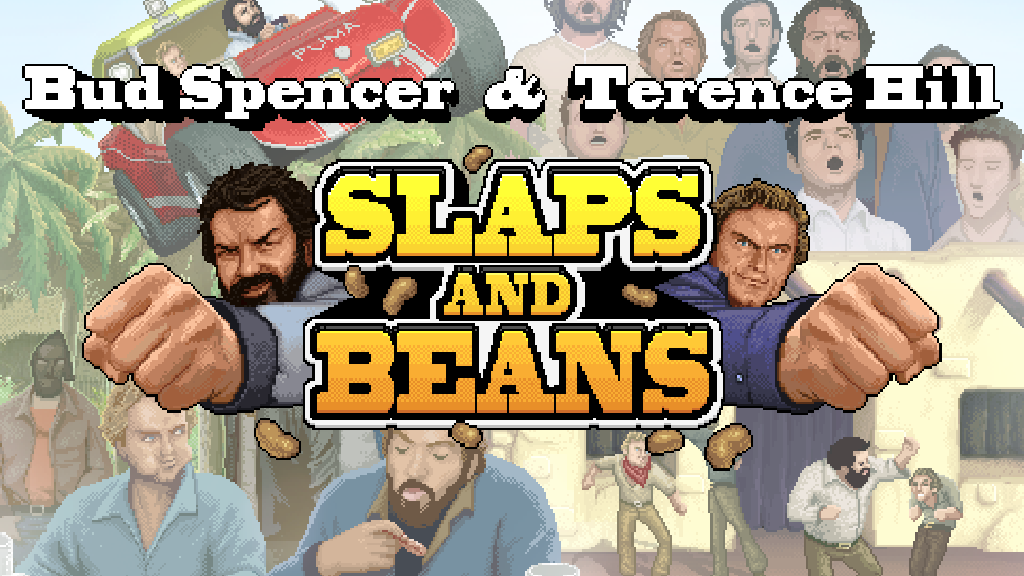 It has been about a year since the demo of Slavery and Beans, the game that stars the digital versions of Bud Spencer e Terence Hill and which takes up the exploits within the most famous films that see the two very famous Italian actors as main characters.

The title is basically a fighting game with 90s-style graphics and from that era, in addition to the aesthetic side, it also takes up the classic horizontal scrolling, on which a good part of the titles produced in that period entirely based their gameplay. A year after it was first shown, developers dthe Schiaffi and Beans finally reach the crowdfunding platform Kickstarter, in an attempt to receive funding to make their singular tune a finished and finished product.

However, given the international perspective of the game, the creators have decided to change the title to make it more understandable even to the fans that the historic duo has managed to conquer outside the territory of our country: Bud Spencer & Terence Hill - Slaps And Beans. After showing the demo last year, developers claim to have been able to get in touch with Mario Girotti and with the heirs of Carlo Pedersoli, which would seem to have offered the authorization to proceed with the project. Now the developers will have to buy the licenses for the characters and settings, which cost the opening of this Kickstarter campaign.

The goal to reach is equal to 130 thousand euros to be collected by December 11. The title will be released later on platforms Windows, Linux e Mac. If you are interested in donating, know that contributions start from 5 euro, and if you would like to buy a digital copy of the game, you will need 15 Euro to make it yours. We will redirect you directly to the campaign link Kickstarter.