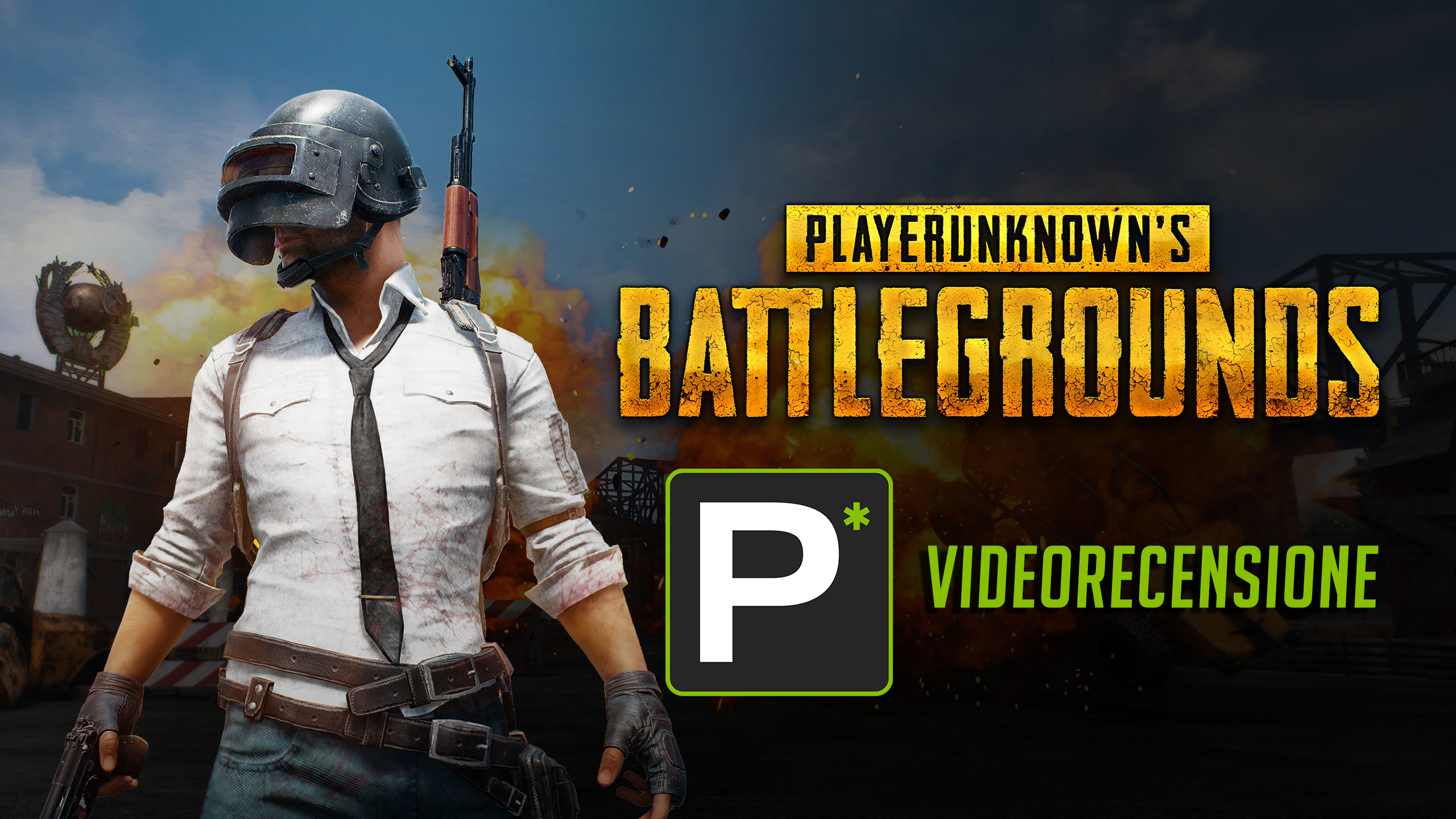 I'm saying I did not play the mod Arma nor to ad H1Z1: King of the Hill, both signed by the now famous PLAYER UNKNOWN, but little was enough to make me fall in love with this game. On video you will see the best game I have managed so far.

Mind you, it's aEarly Access stuffed with bugs and unstable framerate but the substance is there. The game in question was created with the desire to have a title "all her”From the modder mentioned above, so much so as to even take its name.

PLAYERUNKNOWN'S BATTLEGROUNDS it's a damn funny game, I met him recently thanks to streaming and word of mouth from friends, so I immediately slung myself to try it to bring you this "review preview".

The title in question has been under the spotlight for a week to this part thanks to unmatched usability, obviously there is no plot being a multiplayer title, but the premise is simple: 100 players, a square map of 8 × 8 miles, you will be thrown from a plane as you settle down and with the parachute we will try to direct ourselves to the position we will feel more consonant. Spawn point, loot spawn etc will be totally randomexcept for the mappa, always the same. The core of the game is precisely being one battle royale in effect, in fact, over time, a circular area will increasingly shrink, preventing an end-to-end camper by pain of an increasingly rapid death, the possible approaches are however varied, from the lurker to the serial assault.

From personal experience I can confirm that theequipment that you will gather will give you some advantages, but it will be the skill, the qualities of observation and listening, but above all the steady nerves that will bring you closer and closer to victory.

The game can only be used with this mode if it is possible to play in teams from 2 or 4 friends, which in my opinion changes TOTALLY theapproach to the battlefield.

Let's talk now about the gameplay and its mechanics, the game works well on a conceptual level, and a lot, the only flaw I found is an excessive amount woodiness in interaction with doors and objects, which can sometimes cost you your life during a firefight. The game interface is very clear and within 4-5 matches you will be easily eligible for a possible victory, so the learning curve is very easy.

The production is plated PLAYER UNKNOWN it shows the side only as regards the graphic engine, at the present stage of things perhaps still too immature and characterized by a framerate that is not always stable regardless of whether you are in a crowded situation or not. The computer used to carry out the test is equipped with an nVidia GTX 970 Twin Frozr, i5 6600k Skylake e 8GB RAM HyperX Fury, so not really a car an entry level though dated. With this configuration I did not notice any change in framerate depending on the scaling of details and graphic effects from LOW ad ULTRA, if the game has to play at that moment it will do it, regardless of your settings, this is certainly due to an optimization that is not yet perfect, but I am confident.

Although the game was also tested by streaming on Twitch.tv with ULTRA quality, I found virtually the same sporadic slowdowns seen with minimal details without streaming to complicate things.

The game is following the same iter moba born from old fashion Defense of the Ancients di Warcraft III; that genre battle royale it can be overwhelmed league of legends e Dota 2?

That said, good-bye Accattino I believe that I will buy the game, bearing in mind that 29,90 € for an Early Access that needs to be filed on many aspects are many, the fear of finding oneself in front of a new one "RUST"It is great, but we do not despair.

I still feel like recommending the purchase of the game with your eyes closed, whether you want to play alone, or whether you want to have fun with friends, if you can't find anyone you can always jump in TeamSpeak to play together with editorial staff and affectionate users Facezie MultiGaming e We're talking about Video Games!