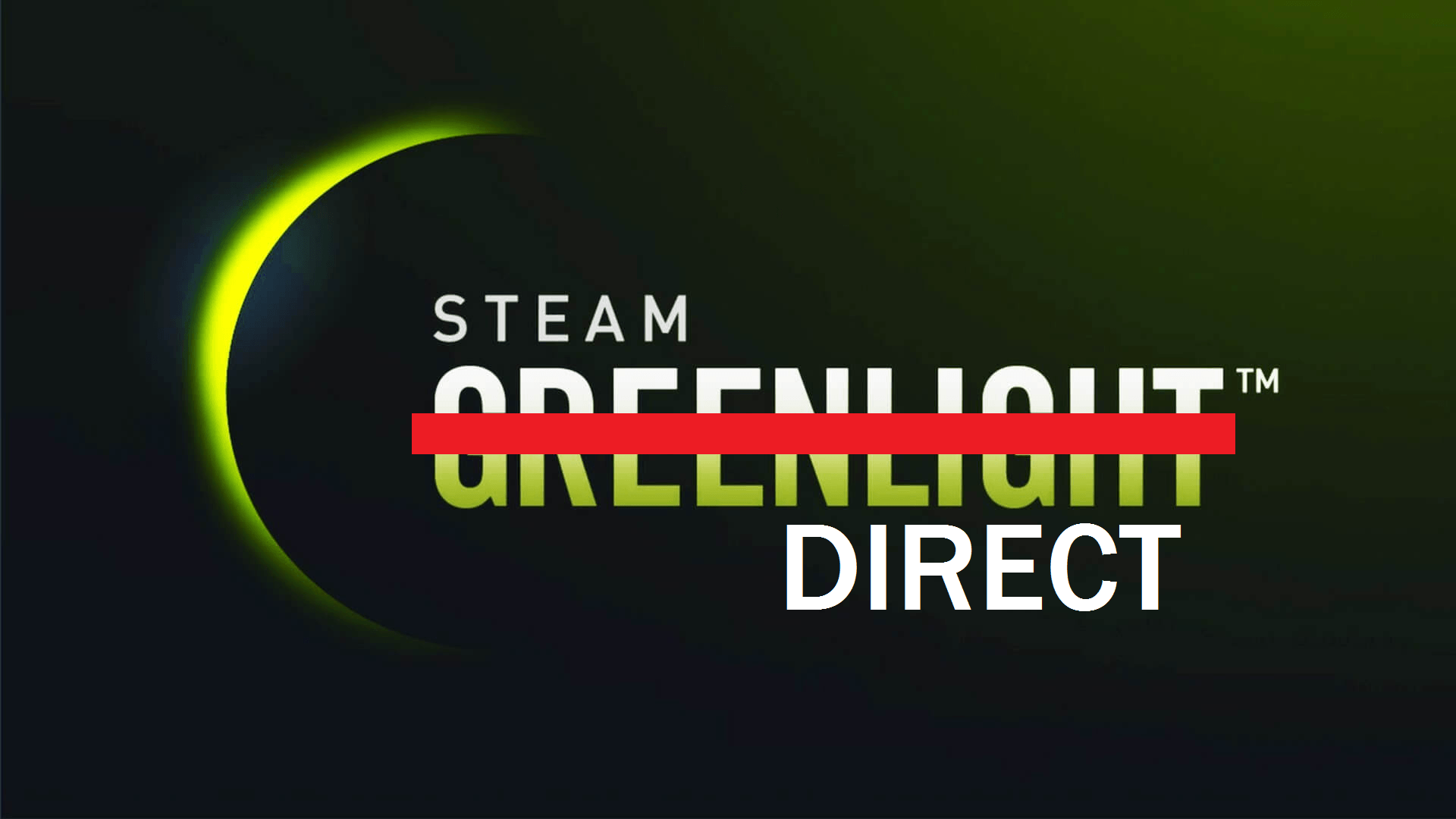 From June 6, Steam Greenlight has stopped accepting new projects and suspended the ongoing voting. From 13 June, the new Steam Direct system will be fully operational. Let's see the differences.

With Steam Greenlight, the independent developers published the concept of their project embellished with gameplay videos, waiting / hoping that the community would judge it positively. If the title received the necessary interest, it would be considered eligible for sale on Steam. In order to post on Greenlight, however, the developer study had to pay the euro 100 once. Once the sum had been paid, the same studio could have put all the games it wanted to popular judgment. The task of Greenlight, basically, was to figure out which games could affect the users and what they did not. Useful for the platform, also useful for the developer who could try to touch the ground. Let's go now with the problems.
Very often by Greenlight Steam titles were completely inadequate under the technical or other aspect of what they said to propose.
The community that took the trouble to view and vote projects was less and less; In addition, you can not ask for exhaustive judgment only in the face of a concept and a couple of videos. Many were not scrupulous about creating a system of trade vouchers or just creating fake accounts to vote on certain projects.
The answer to these and other problems, however, could only be one: CONTROL. The answer given by Steam, on the other hand, is called Steam Direct. 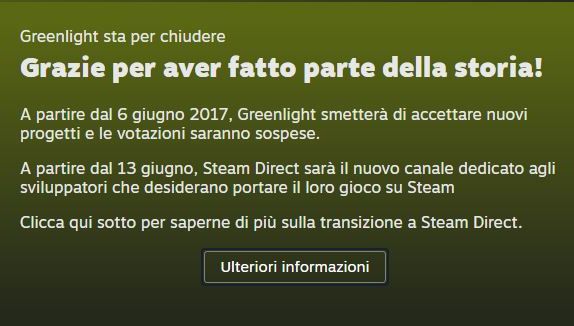 You still do not know much, except with Steam Direct the community is basically relieved of its court assignment and back to being a simple consumer. Steam's relationship with developers will be straightforward and tighter. You will be asked for 100 Euros for and not for study: that's fine, but do not believe this can be the solution. It would have been to raise the tax to disproportionate amounts (Steam said it fluctuated between 100 and 5000 euros). Because if it is true that those who know they are proposing a mediocre product would not invest 5000 euros, it could be impossible to do so even those who, instead, evaluate their work optimistically. Not only that: it is absolutely not certain that those 5000 are then used for what, I repeat, should be the only real solution: control.

Greenlight had changed, that's true. But it could only be done by applying real political choices about it and not by distorting the system. The popular jury, with its limits, could continue to help developers and platform to orient themselves. It is also true that many games, given the poor and / or manipulated votes, could not go wrong on the market. Many aspects of the issue are controversial and difficult to judge in one way. For example: why shouldn't you be free to sell a game on Steam at your own risk and let the market itself judge? I therefore continue to reiterate that the only NOT OPINABLE and non-debatable thing that Steam should add is control. Monitoring in the development and the finished product. A qualitative control of what you intend to offer. Beyond tastes and judgments. This happens and can be done only and solely in the face of a real choice which will have to designate people dedicated to this, and could be done quietly with Greenlight. We hope that Steam Direct will bring you this way.

Last but not least, let us not forget the sacred REFUND that will continue to remain the only real life-saver for users who have stumbled into huge soaps.

Gian Luca Cama - January 23 2021
Microsoft has decided to increase the quota necessary for the subscription to the Xbox Live Gold services on US soil. At the moment they have not been given ...
News

Piermatteo Bruno - January 22 2021
In recent months, Valve number one and discount lord Gabe Newell has been stranded in New Zealand due to the global pandemic, which has held him "hostage" ...

The director of the next Metal Gear movie would like to stay in the ...