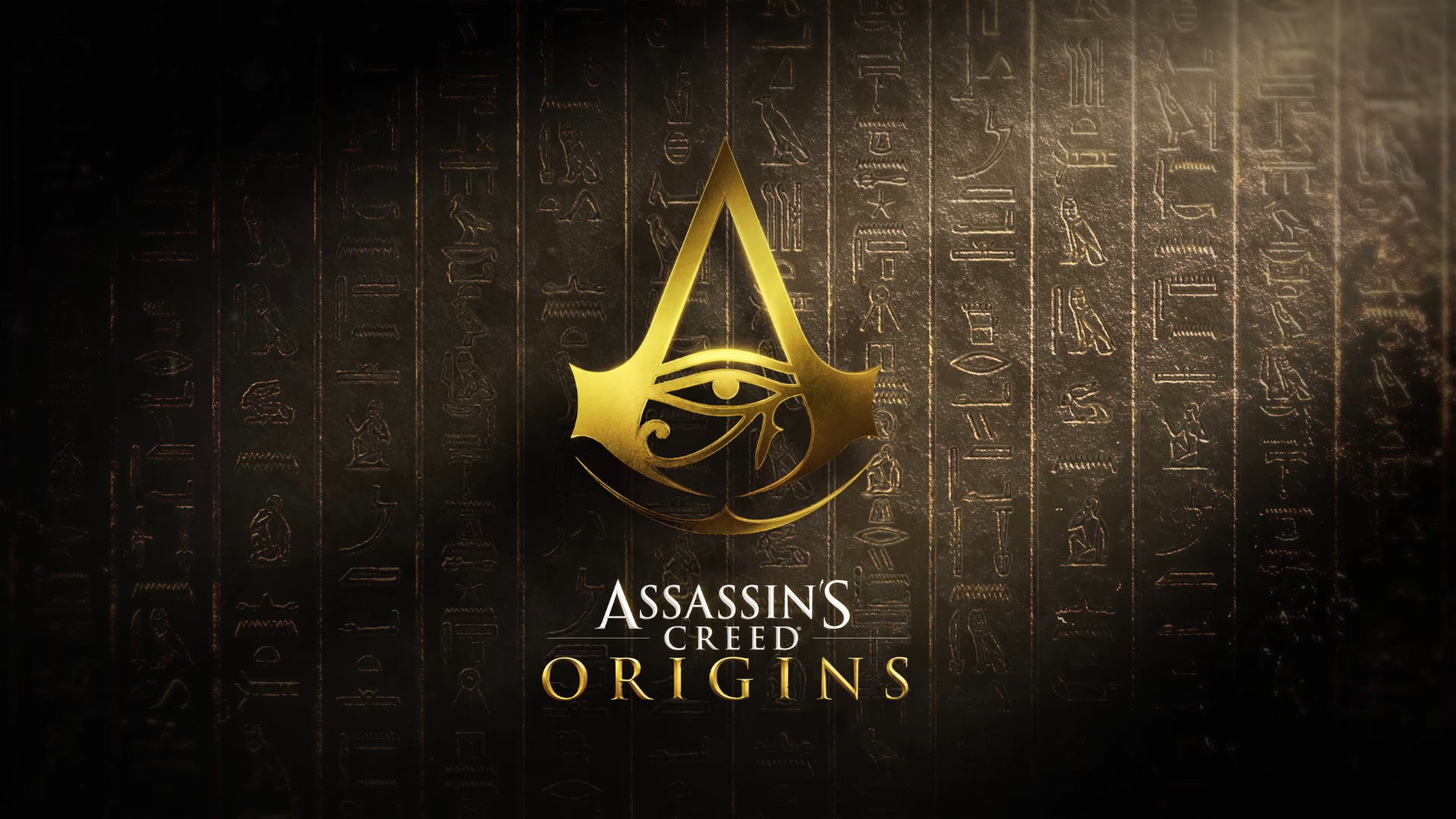 Ubisoft continues to exploit its leading brand and its associated fandom without restraint. In particular, it does so with shameful marketing policies and choices and at the limits of decency. This time it is the case of the Assassin's Creed: Origins Dawn of the Creed Collector's Case.

We enter the merit. For Assassin's Creed: Origins, will be available (for now) well 3 CE (in addition to 2 "Special Edition"). The God's Edition at 120 Euro, the Dawn of the Creed Edition at 150 Euros and the Dawn of the Creed Collector's Case - Legendary Edition a, hold on tight .... EIGHT HUNDRED FUCKING EURO. 800. 8 - 0 - 0.
The criticism I decide to move is two. The first "content", the second policy.
800 euro for what? Resin. No lord dust, but resin. That's right. The difference between 150 and 800 will be made of the maliciously resinous resin. The two physical contents (a statue and an amulet) will be the same (the statue will be taller) ... they will simply be made of resin. Really? Ahahahahahahaha, that is, really? Absolute genes (or schemas). I do not think I should tell you anything else. 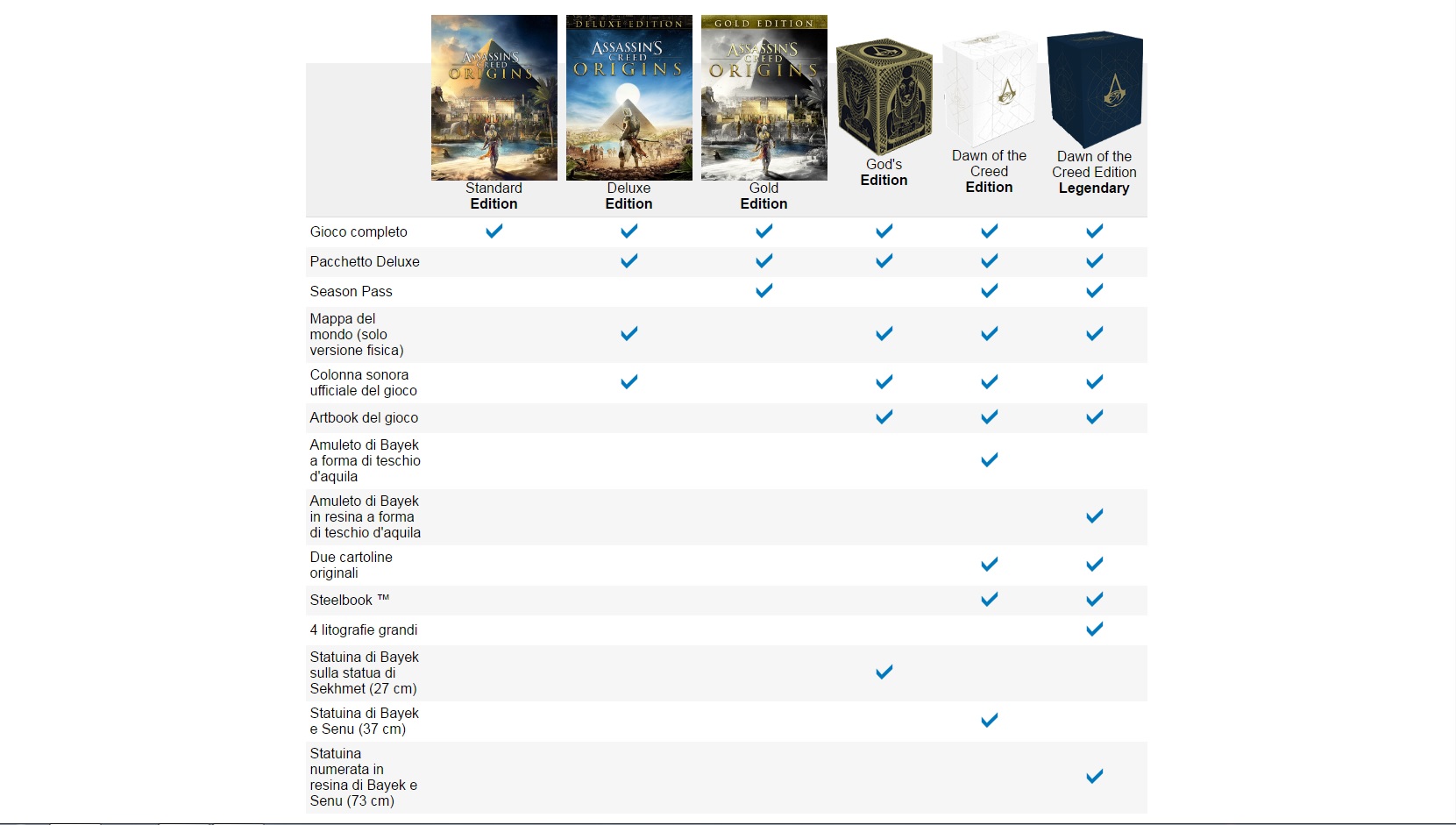 So let's go to the criticism of "politics". The differences are not really over. There is one that has no value and that in the final is the really crucial for collectors: the numbering. Exactly because the contents of the "Legendary Edition" will be numbered, making it all deeply wrong. ATTENTION: I'm not the "good guy" who believes that exclusive content is not paid. Quite the contrary. Just as it is true that to engrave a number on a box you can not have the face to ask me eight hundred euro. You can not at the moment a) I also sell other editions for CE (so that CE would not) and b) it does not offer anything that matters to you unless the numbering itself. "It is but Caesar is the free market if you do not want to buy it "bla bla bla bla. Not only do not buy it, but I take the trouble to dedicate an article where I tell them to be shameful and in bad faith. The first Assassin's Creed's CE (the only one still worth anything) was NUMERED and cost roughly the usual 100 Euros. As well as many other CEs that, numbered and not, are really limited in volume, thus gaining value in the immediate and in the future. It is fair to pay that extra amount, but it is fair to reward the true enthusiast that, for the sake of getting them, maybe if they went to book more Gamestops for fear of not receiving it. This is collecting, and can cost 100 as the 800 euro. But remember that they are doing the prices, to direct the market, to decide who will be able to buy and who will not. So we take it with them. Other than the “invisible hand of the market”. They are decisions made with arrogance and lack of respect, and as such we have the right and the duty to describe them.

The only real fear, which is certainly not the case of not being able to buy those four pseudo contents for Assassin's Creed: Origins, is that this can create the previous one that convinces house software and gamers who are the money to make something collectible when the one that counts is the availability . Of course, it is also who decides what value to make limited runs: but there is a difference between "reasonable" 100-200 Euros and 800 Euros.
But you know, from "murderers" to thieves is a moment.

Gotham Knights and Suicide Squad: Kill the Justice League will be present ...