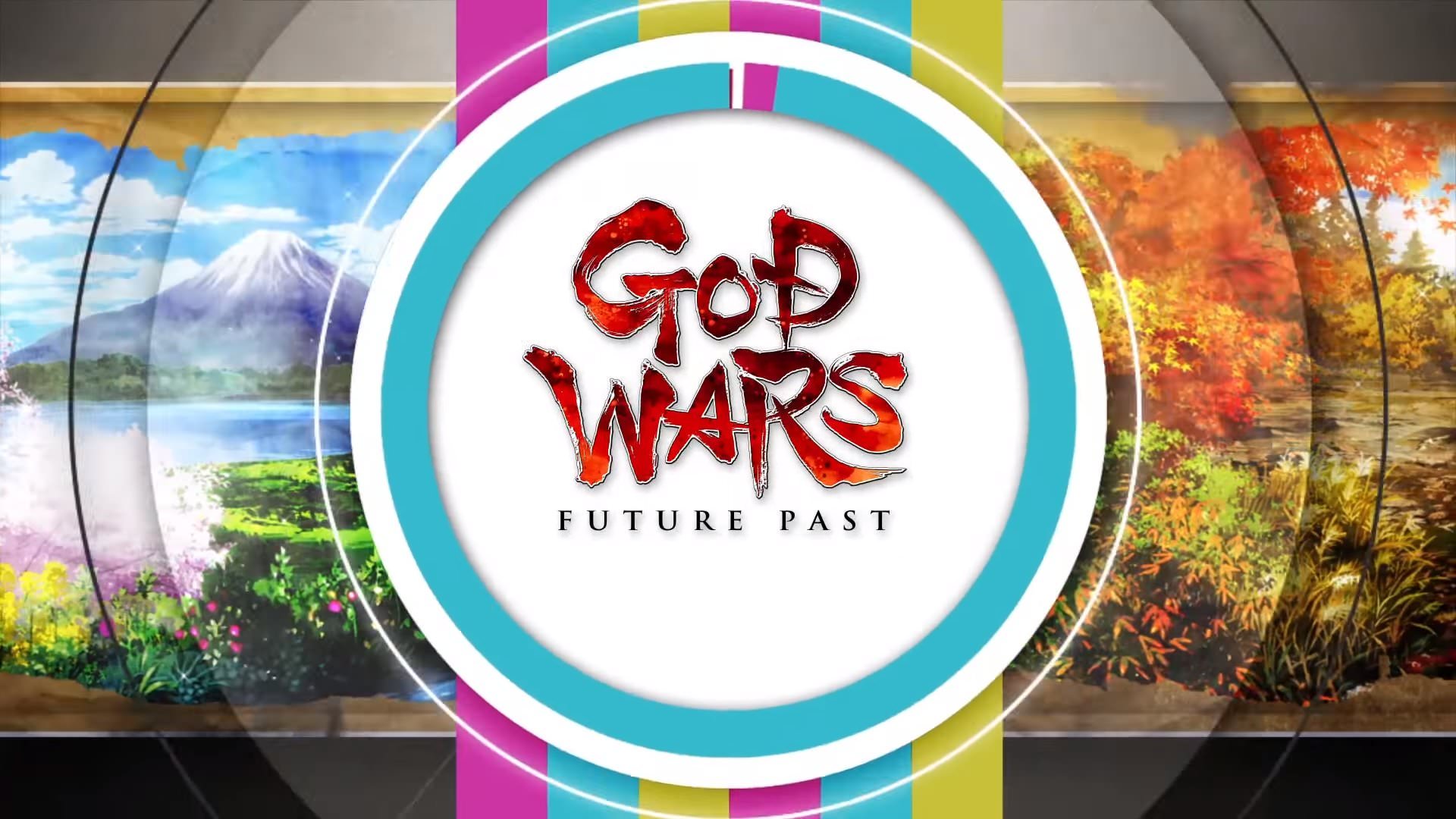 The tradition, and in the case of God Wars Future Past this word is very recurring, it is something to be wise to use to make a good product, especially in a genre like that SRPG which finds itself in his most well - known and "ancient" formulas (we speak of Fire Emblem and Final Fantasy Tactics) his best representatives.

And that's right Final Fantasy Tactics that the title of Kadokawa Games it squints the eye over and over again.

Although gameplay is perhaps the most important part of a gameplay SRPG (and we'll be back later), you can not think of a game of this kind without a background story that supports the long and continuous battles that await us during our adventure.

Unlike the most famous titles already mentioned that use the fantasy medieval setting as a base, in God Wars Future Past we will find ourselves catapulted into a "traditional" feudal Japan.

The story told in this game tells us about the ancient land of Mizuho and its 3 nations: Fuji, Hyuga and Izumo.

The initial cutscene narrates how the Queen of the Kingdom of Fuji had to sacrifice his young daughter to appease the angry angry against the human race and thus save the world from destruction.

Once the game gets in the way we know it Kaguya, the sister of the young princess sacrificed, who has lived the last years of her segregated life, waiting for her to be the new sacrifice she should have applauded when she needed them.

Kaguya rebels and escapes from his golden prison, helped by his childhood friend Kintaro and his animal companion Kuma (actually an "ex-deity").

The three will begin their journey, where they will meet a large number of characters, some of which will become playable in the team, and although the game does not allow interactions between the characters manageable by the player, the story is definitely interesting, well written and above all longer than satisfactory.

Turning instead to the gameplay, anyone with a minimum of experience of games of this genre, can not fail to notice the clear similarities with Final Fantasy Tactics (which, as far as I am concerned, can never be an evil) I do not know if it is an attempt to plagiarize or honor the title of Square (the limit is sometimes difficult to detect).

The first great applause to be made by programmers Kadokawa Games it is definitely the very comprehensive tutorial system that will accompany us in our first battles, making the experience even for non-traumatic neophytes.

While the maps and the combat system are very classic, what makes it very interesting God Wars Future Past is the personalization system of individual characters.

Apart from the number of non-indifferent stats (note the breakdown of all resistance by type), each PG will have at its disposal 3 slot job: primary, secondary and only.

Il primary job determines the usable items, growth and distribution of stats (so if you want a tank of course as a main job you can not use the Magician) and obviously learn and use skills related to the job you choose.

Il secondary job instead it only has the task of learning and using other skills while the unique job (unmodified) is for the "unique" single for each character and will allow unlocking the peculiar skills of each PG.

Each action will assign a certain number of EXP points (used to increase the overall level of the character) and Job Points (which will serve to increase the Job Level up to a maximum of 10 and to buy and upgrade new skills).

In the skill system we find perhaps the most interesting part of God Wars Future Past as each job has a number of unique skills that once you upgrade to a certain level (sometimes even more combined skills) unlock new skills.

Jobs are divided into 3 categories (Physical Combat, Recovery Support, and Offensive Spellcasting), for a total number of 18 different jobs, indeed 19 considering the two sex-specific advances in the category Recovery Support  (all mixable between them using main and sub-jobs, thus allowing an interesting study of the combination of usable skills), to which the above mentioned unique jobs must be added.

If at first there is a bit overwhelmed by the number of information to handle, this length of customization of characters becomes the true strength of God Wars Future Past.

Returning to the fights, the visual is the classic isometric (though with the ability to zoom and rotate the camera as we liked) and the turn order is run by the speed statistic of the characters and onscreen enemies.

Unlike other titles, the combat does not take place in alternating turns (through which the gamer often finds himself exploiting his own turns to kill particular problematic enemies or set impenetrable defenses), but in a single session and therefore having to carefully study the flow of the battle to understand the best action to take at the moment (for example, if knowing that after the healer's turn it's up to an enemy that has the potential to kill one of our characters, we will choose to have to heal rather than use a or a dispel).

Hitting from side positions, backs, or high positions will give you bonuses (and vice versa to suffer malus in case you are faced with this type of attack).

This leads to long-running battle sessions because the strategic importance of every move becomes fundamental and one can not possibly think of using pure brute force to resolve clashes (though of course with increasing levels of both characters and of skills, the overall difficulty decreases slightly).

The game does not punish cruelly as Fire Emblem the death of a character, but allows the use of skills or items suitable for resurrection before a certain number of shifts to reposition the fallen character on the battlefield.

During the course of our adventure there will never be casual battles, but in certain places you will have access to a system of secondary quests which, while allowing a minimum of grinding to deal with more difficult battles, on the other hand, increase consistently the duration of God Wars Future Past.

Unfortunately, after talking about how good this title has to offer, you should also point out the defects that limit what might have been a real killer app.

First of all, when we talk about the past, we have to point out that the technical section also seems to be a good PS2 game, albeit at a graphic and history level, we might appreciate many references to one of the manga world famous as Naruto.

Though in a SRPG this aspect is quite secondary, certainly from a title issued on 2017 consoles you certainly expect more.

The second great thing to do is what is beautiful and complicated, but equally satisfying job / skill system, there is a problem with the long run which is very annoying.

Virtually every time a character changes jobs, he will not be able to use the skills previously learned (unless the old job is selected as a secondary job) and the effectiveness of new skills depends little on the character stats but more from the level of skill used.

This could lead to long grinding sessions in order to maximize all jobs or at least use more advanced combinations of skills.

Last thing to do is that the game was not localized in Italian, but it is only available in English (with lots of English / Japanese dubbing options in the options menu).

Overcoming these two last factors, God Wars Future Past it is a highly recommended game for all lovers of SRPGs and, given its classic and traditional nature, even to those who have always been fascinated by this genre but who have never had the courage to face the extreme difficulty of Fire Emblem or scared by infinite grind sessions of Disgaea.

PlayStation begins a partnership with Discord

Dreams is allowing some players to find work

Dirt 5 has been postponed to November 2020