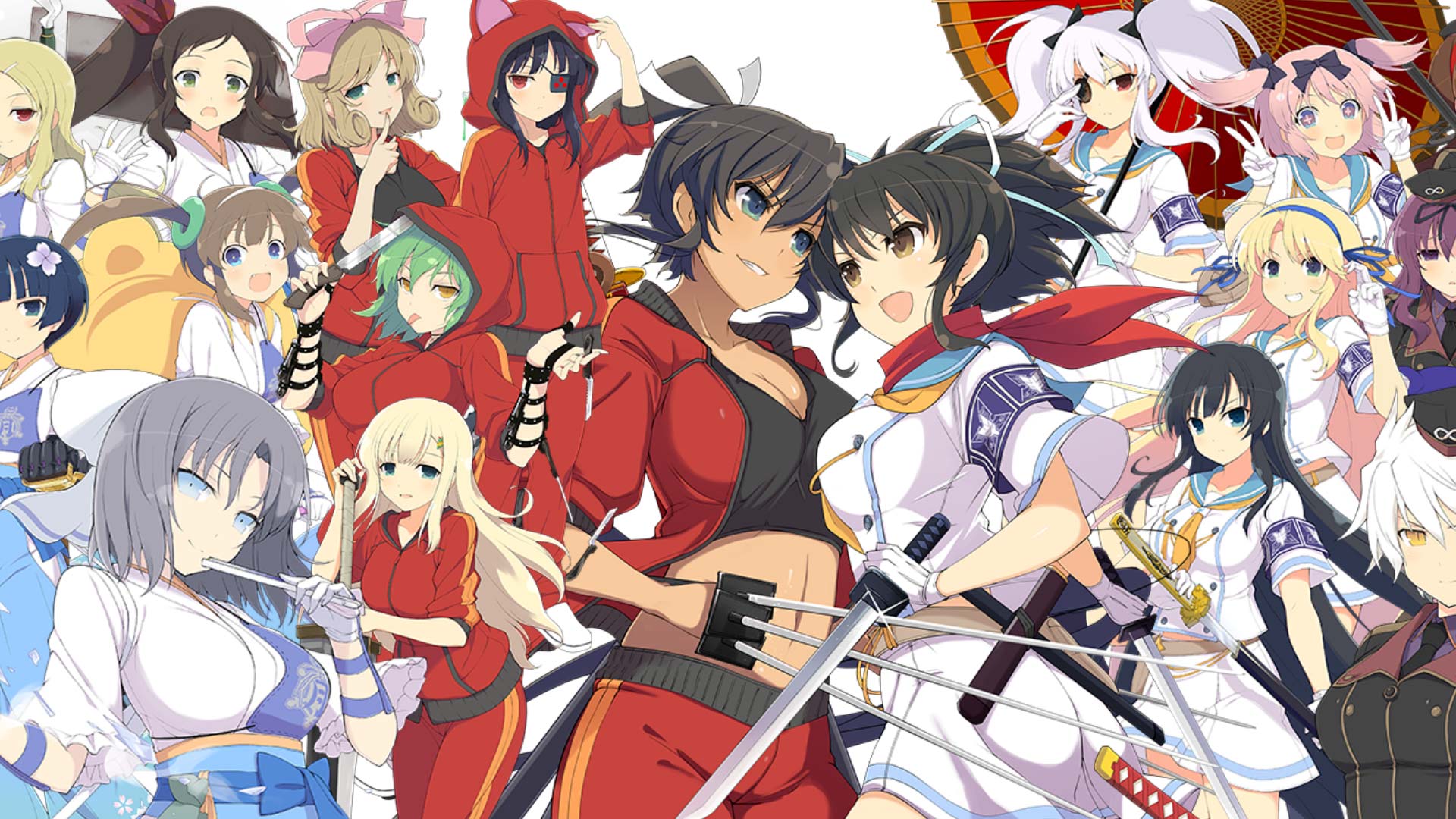 Last 1 August Marvelous! has held a streaming event to announce the future of the franchise SENRAN KAGURA, now totally entrusted with the internal study of HONEY∞PARADE GAMES driven by Kenichiro Takaki.

In addition to announcing some novelties for PEACH BEACH SPLASH (the character of Bashou like DLC and a support to PlayStation VR coming soon), and a launch window for the already confirmed Shinobi Refle to Nintendo Switch (2017 in Japan), the company announced four new titles distributed among various platforms.

First of all, Shinobi Master SENRAN KAGURA: NEW LINK, which will come out in Japan on Android e iOS by this year and will allow 20 to be used among the most popular shinobi of the teams and academies we already know, along with some unusual characters specially designed for the game. Below we can preview the opening movie, while pre-recordings have already been inaugurated for Japanese gamers.

It rotates a second exclusive spin-off for Nintendo Switch, a completely unexpected title that responds to the name of PEACH BALL: SENRAN KAGURA. A real pinball machine that will exploit the functionality HD Rumble to the Joy-Con and will put the most popular heroines of the series at the center of the game table, among which stand out Asuka, Yumi, Murasaki, Yomi e Ryona. We do not know yet whether this will be exclusive to the Japanese eShop and is not even known about a launch window.

Let's go then PlayStation 4, which confirms the main destination platform for regular chapters: it is the first time ever to announce the remake of SENRAN KAGURA Burst, extended version of the first game originally released on Nintendo 3DS, which will see the light on PlayStation 4 under a whole new look. The gameplay is completely rewritten to resemble a SHINOVI ed ESTIVAL VERSUS, with a series of unpublished novels that include the character of Yumi as an exclusive DLC. The exit is set in Japan for the next 22 February at the price of 6.980 Yen. The title? SENRAN KAGURA Burst Re: Newal.

Last but not least, the real announcement of a new action episode that will continue the events of Asuka and companions, already teasered in the finale of PEACH BEACH SPLASH. It is SENRAN KAGURA 7VEN: Shoujo-tachi no Koufuku (Girls' happiness), presented through the same teaser trailer already shown in recent months, but this time has a launch window (Autumn 2018) and a platform: PlayStation 4.

Along with the game it is announced that the studio commissioned the production of one second animated season for the SENRAN KAGURA TV series, originally broadcast in Japan in 2013. The first was based on Burst's story, but we still do not know if this will focus on games like Deep Crimson, SHINOVI VERSUS, or new adventures.

PDV turns off another candle. The story continues…