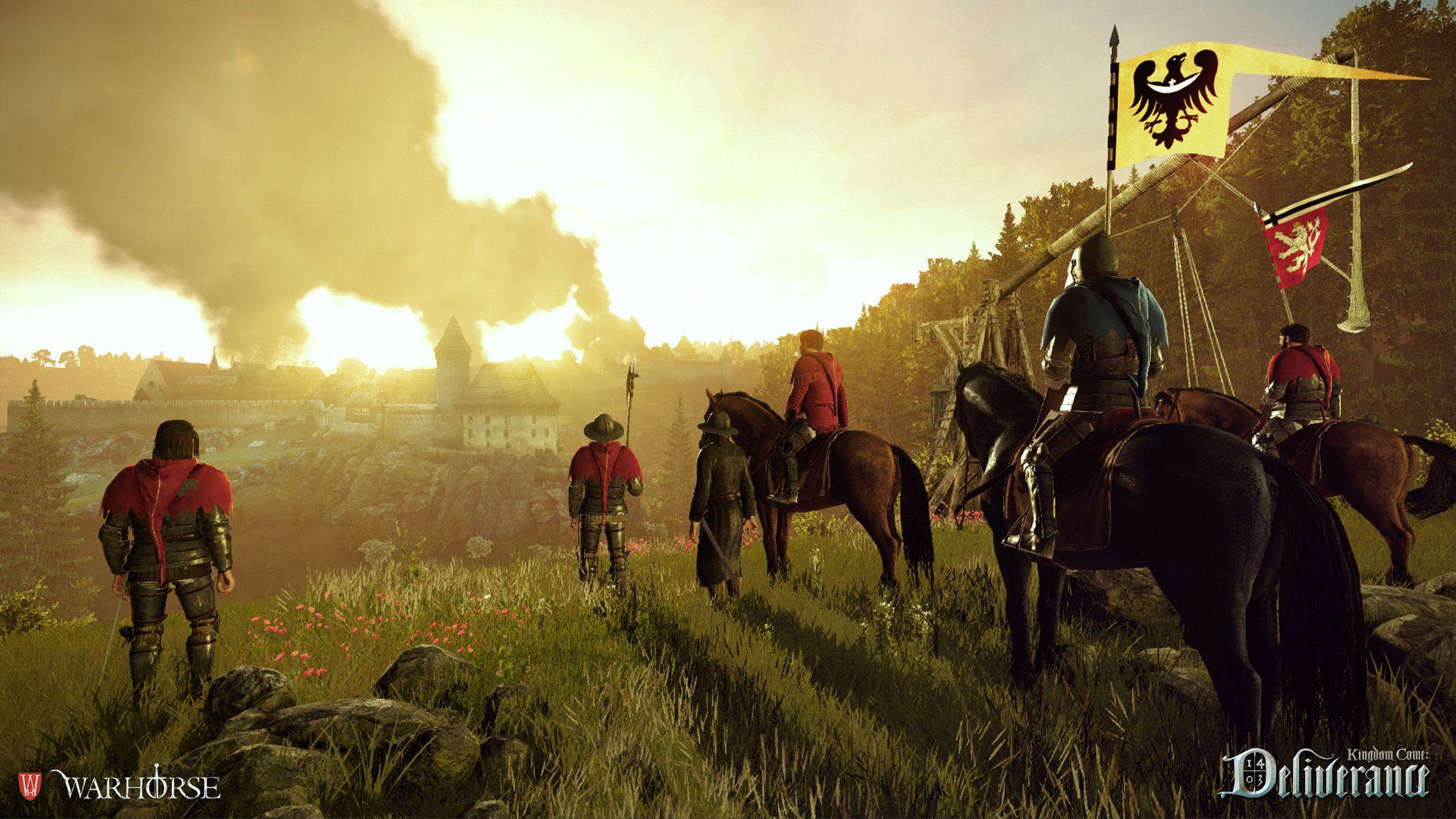 Kingdom Come: Deliverance, Warhorse's historical-RPG game, points a lot on its innovative combat system. A new, long trailer shows us in detail, and the result is remarkable. The goal of the developers is to create a combat system that is as realistic as possible, and thus has it centered on two main pillars: medieval martial arts, and physical interaction between objects.

In Kingdom Come, weapons (for example, a sword) react to impacts dynamically, slipping along the armor or being thrown back after a well-executed parade. There are over thirty target zones which can be targeted during combat, distributed on the body and armor of the opponent.

Dealing with a heavily armed enemy will put emphasis on the weak areas of its armor, and engagement dynamics will radically change depending on the available weapon, from the sword to the spear by passing weapons at a distance. Both the player and the AI ​​will have a real repertoire of fake, step and counterattack, with the aim of making each engagement with the enemy dynamic and always different.

This is definitely a complex system, but Warhorse is obviously confident that it will also be intuitive, and their stated goal is to make it as accessible as a first-person shooter. Kingdom How will it come out in February, and see if Warhorse will succeed in its intent!

Di Sarno Raffaele - 19 September 2020
Following the reveal of the price of PlayStation 5 in the past few days, many users have shown a fair interest in the all ...
Bricks

Cesare Andreoli - 19 September 2020
Today we have with us for Parliamo di Videogiochi, Guido Benetti, an old-time builder known throughout the country for his robots and ...

Ubitroll and the decline of a software house

Modder finds a map of Bloodborne in Dark Souls: Remastered and ...