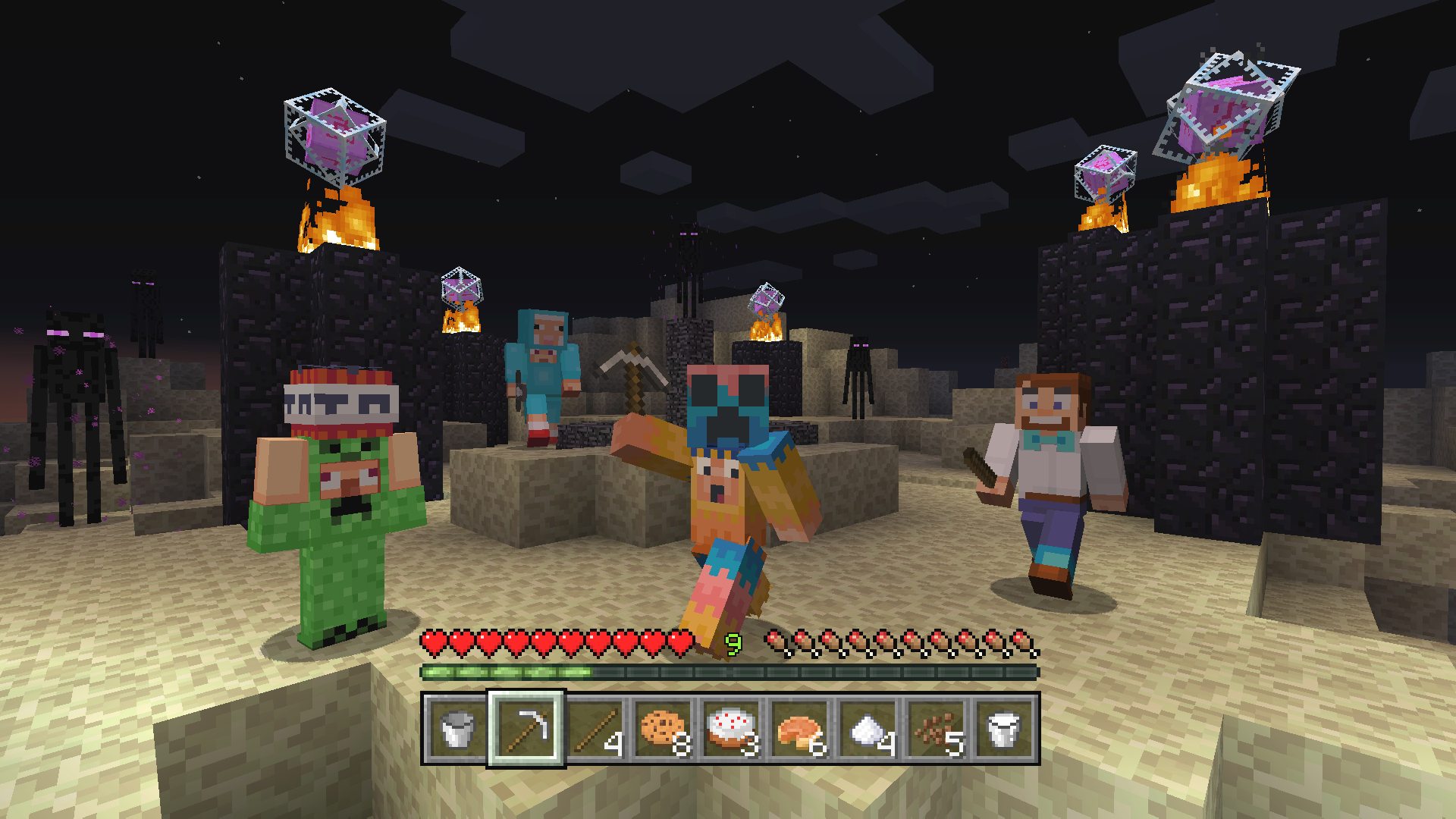 This weekend will take place the 2017 edition of the MineCon Earth, and during the live stream, four new creatures will be presented to fans. There will then be a vote in which you will be asked to choose your favorite monster: the winner will debut in Minecraft.

And livestream will not only be an accessory to a wider event, but this year MineCon will not take place in a real-world city. On the contrary, the great annual holiday of Minecraft enthusiasts will take place fully streaming, with Will Arnett as a presenter.

It will kick off the dances at 18 Italian time on Saturday 18 November. Streaming will last about ninety minutes, during which the vote will take place for the new mob that will hunt you in your favorite cubic servers. Below you find all the candidates, with the information provided by Mojang.

It's a giant monster of ocean depths. This kind of square kraken is equipped with a tongue tongue to grab the victims and drag them into the abyss.

This predator is a flying manta. Should it be implemented, it would be the first flying monster to hunt down in the night sky of Minecraft (there are others that populate the Underworld).

This is a giant mouth with an appropriate name (The Hunger). It feeds on magical powers, so if you follow that path in Minecraft, you have to be careful where to put your feet: the creature actually digs into the ground and waits with its mouth wide open on the surface, ready to munch through the passing ignorant.

This monster was baptized as "The Hovering Inferno" and is thought to be a Nether creature. It is a set of floating flames, protected by body parts similar to shields.

Undoubtedly the choice is not easy, and it's almost a shame we can not see all four! What is your favorite?

Matteo Runchi - January 20 2021
As widely announced during the release of the Madness at the Darkmoon Faire expansion, Blizzard will release a miniset called Darkmoon Races tomorrow January 21st. The...
News

Gian Luca Cama - January 20 2021
The Bloober Team guys have decided to make known a detailed scheme on the use of Ray Tracing within The Medium. The target of the ...

The Last of Us 2 appears to have undergone a graphical downgrade ...