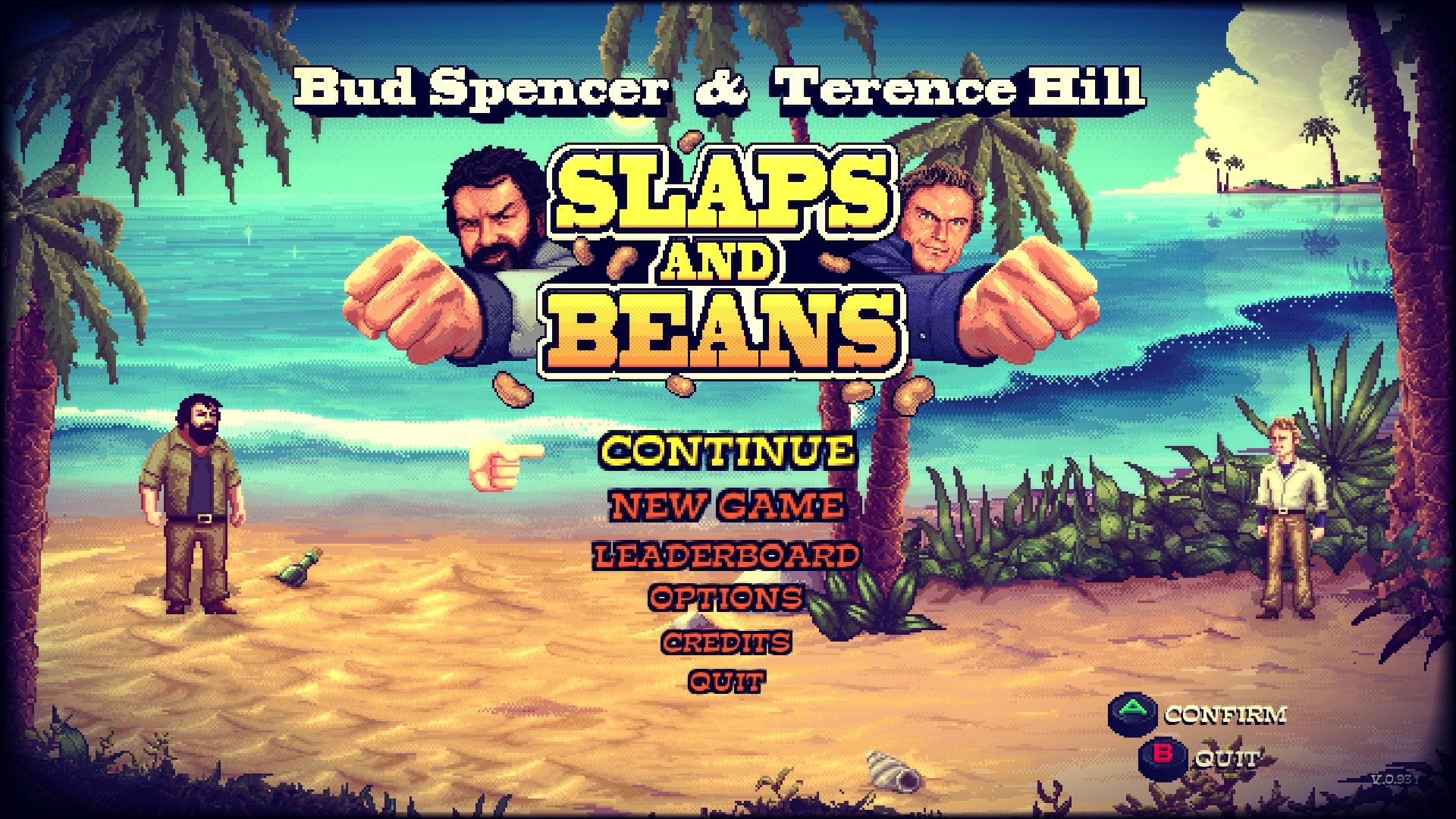 In December, the 2016 had captured my curiosity Kickstarter campaign by Slaps and Beans. Having seen, mostly when I was little, different Bud Spencer and Terence Hill movies I understood the potential of this project and that the strings were going to touch in the affected, especially a few months after the death of Bud Spencer. 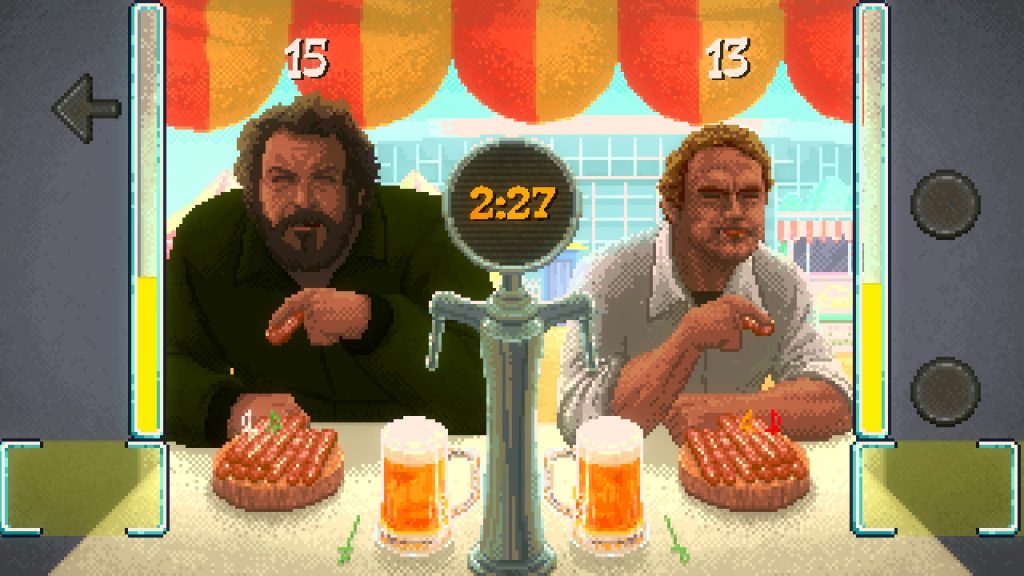 Of course I did not miss the opportunity to review this sliding brawler, also because developed by an Italian team. I then invited a dear friend at home and, controller in hand, we fell into the role of the duo to slap waves of enemies in the beautiful multiplayer.

The game obviously opens in the Far West, in reference to "Lo chiamavano Trinità", and with the two protagonists taken to cook beans. The first sequence, which follows the command scheme, is a tutorial that explains to the player how to attack and defend himself, unfortunately we find ourselves left to ourselves with other elements of gameplay. In fact, several minutes later I still did not understand what were the blue bars under the health of the characters and how to download and reload. It took us a while to understand that these bars represented the available uses of the heavy attack, which until then I thought was simply slower and more powerful than the normal one, but without limitations.

Being familiar with this and discovered with the experience how to use the various moves of Bud, not explained in the tutorial, I began to enjoy the title. From the first game sequences it immediately emerged what they were the strengths of the gameplay: lightness and variety. Although the game becomes progressively more difficult, the action remains rather disengaged, fun and light. Many fighting sequences are easily solved entertain thanks to the comic component typical of the films of Bud Spencer and Terence Hill: sound effects of exaggerated slaps, an unstoppable duo and improbable enemies. Yes, the Trinity Team has managed to represent the various henchmen in graphics from old cabin cruiser so well as to be real faces to slap, or at least the typical bad guys coming out of the duo's films. 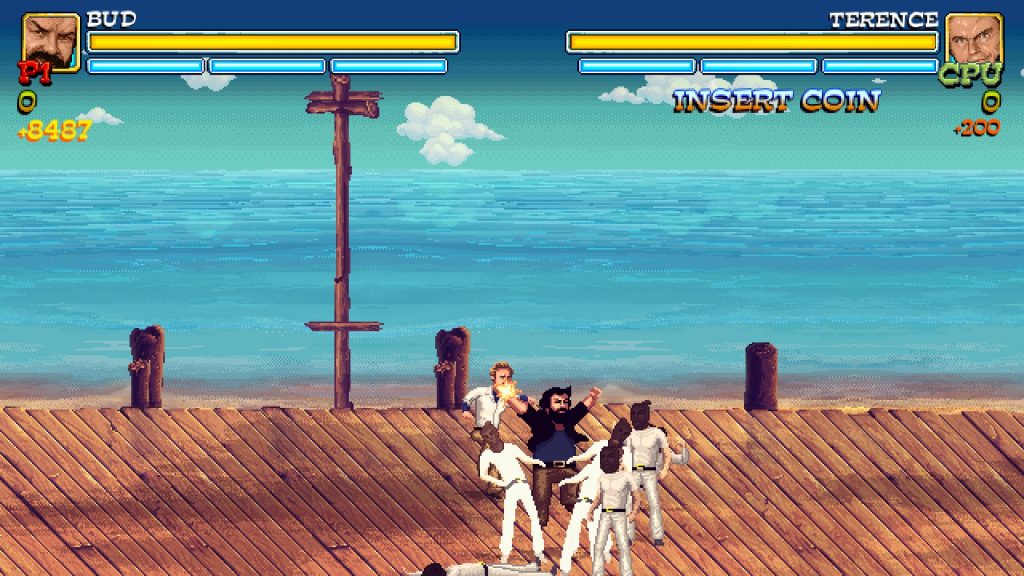 But what really does not turn out the boring game is i mini-games. Shootings, horse chases, stealth pieces etc ... The best moments of Slaps and Beans are undoubtedly the numerous mini-games that have not only been very well done, but have been inserted very coherently into the story. These moments were able to remind me that you play for fun and not to end the game or unlock a goal, which now ends up often forgotten. In particular, playing multiplayer I found myself in moments when my opponent was not the cpu, but my friend. In the Salsicce and Birra races and racing on the Dune Buggy it did not matter how much I did: in any case I would have reached the next level (easily or effortlessly), but I did it all because I wanted to win and because I was having fun.
Slaps and Beans also sees a couple of moments of platforming, but so short that I wonder if they really did serve the game. Probably with a larger space would be relevant and memorable results, unfortunately it was not so.

I would like to conclude my gameplay considerations by writing a few words about the bosses. I find it difficult to judge the boss fight as a whole, some of them liked me, others did not. For the second time I think the problem of the game was clarity, some mechanics of the boss fight, however simple they were dark or illogical. Like a boss who stun-locked characters or could be hit by Terence but not by Bud, or someone who only shot you if you got too close (why not shoot at a distance with a rifle?). It must be said that the "puzzle" component of some bosses was well taken care of, requiring a bit of thought on the part of the player, while remaining always light and entertaining.

Between a fist fight and a run what remains to me most of this experience is still the soundtrack. Starting from the original pieces of the films that bring dear memories, up to the excellent original compositions of the game of Mushroom Sound (with a style perfectly consistent with those of the movies), the music of Slap and Beans make the action even more enjoyable and enjoyable, putting the player in the right mood for the kind of adventure the title offers.

Slap and Beans is an excellent combination of gameplay, music and comedy. The latter deserves a few lines: the thousand references to films and hilarious dialogues accompany the action offering a well-balanced narrative rhythm, never intrusive or absent. This outline helps to push the player to advance in the game and to become attached to the characters (which we already love, of course). The comedy of the game is also realized through the visual component: the animations of the characters offer the kind of exaggerated and silly combat that we want to see and never bore, for the duration of the title. But also the care of many details in the world helps to build really funny situations, in fact see Don Matteo riding a bike in the middle of a fight (impassive to the surrounding events) led me to pause to be able to laugh out of taste. 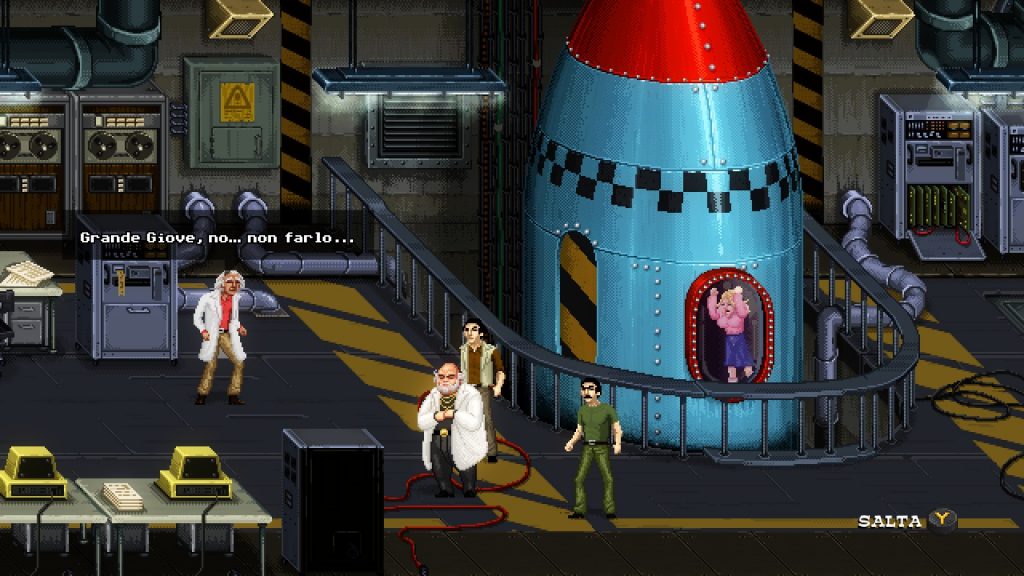 In conclusion, despite hardly any Slaps and Beans, it is certainly a title not to be missed if you love Bud Spencer and Terence Hill. The atmosphere created by the game overshadows the technical flaws of the title, but could annoy the players not interested in the comic and nostalgic elements, on which much of the attention of developers has been placed.

Official: there will be no cross-play for Fallout 76