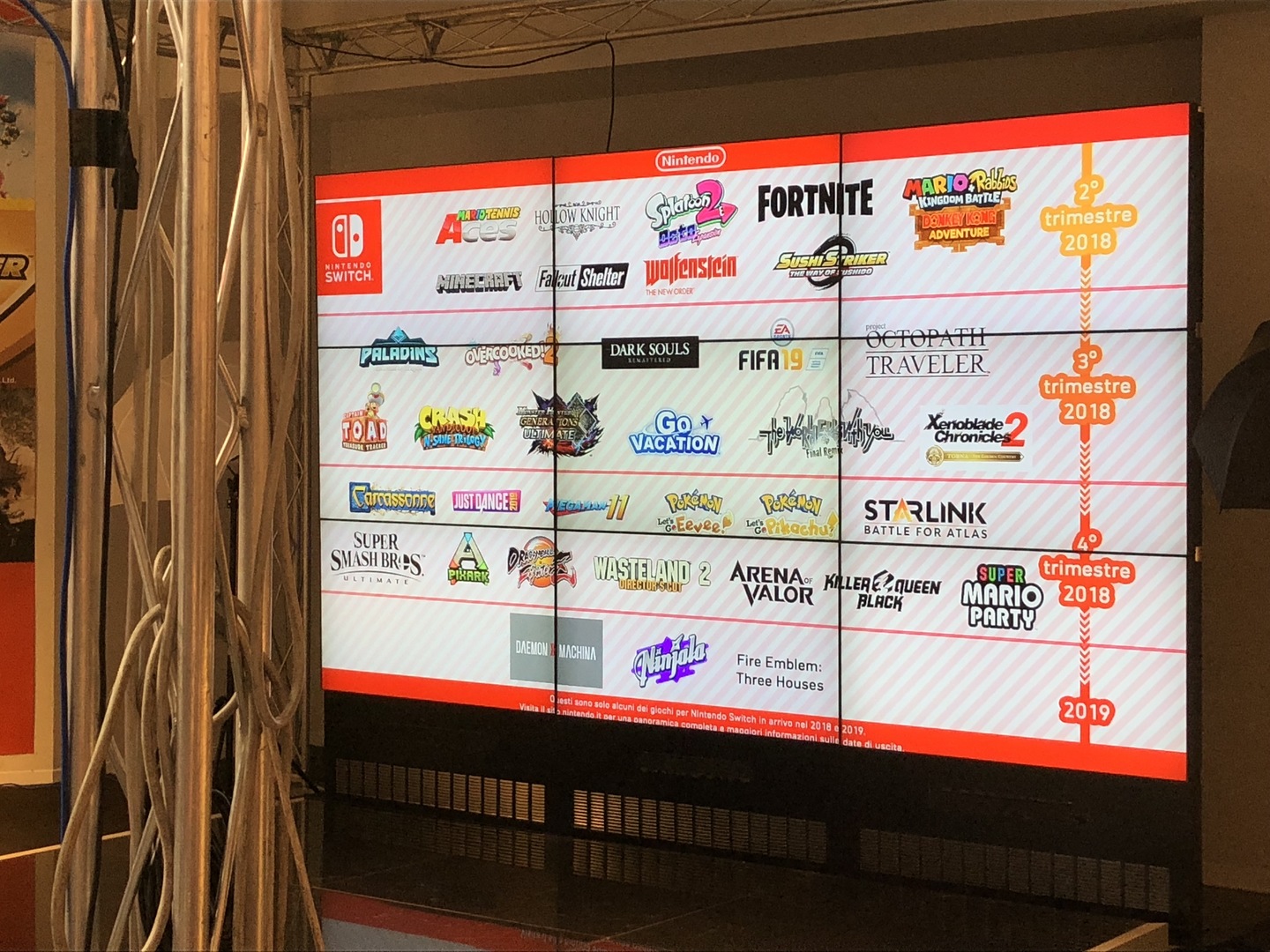 Nintendo's E3 left some gamblers bitter in their mouths, as the presentation was almost exclusively focused on the new Smash Bros and on the gameplay of the new Pokémon game, widely shown during the Treehouse. Despite the bad moods of the moment, it is obvious that these two titles are extremely relevant, and damned expected by the fans. During the Milan showcase of the new titles of the big N we focused on the big names, and we tried with hand the magnificent duo that will land on Switch in the fall. Do not be fooled though: there was also a lot of other meat in the fire. Among the games we can also list several third parties, such as Fortnite, Fifa 19, Dragonball Fighter Z, Monster Hunter Generations Ultimate, Killer Queen Black, Overcooked 2 and Starlink Battle for Atlas. A good list to cheer the next few months.

In the demo there were many usable characters, including Ridley and the many long-awaited Ice Climbers. Ultimate looks like a production designed by chiselling
and improving every detail of Smash Bros 4: the cure is excellent. There are many quotes that recall classic games, like the effects of the specials of
Ness that recall to the attacks in Earthbound the new movements of Ryu identical to those of Street Fighter II. A joy for the eyes of fans, and also
for the public's eyes. In fact, the game appears faster and more dynamic, and the exchanges of shots seem much more spectacular, perfect for entertaining the crowd:
hitting an opponent, for example, instantly flings him away. Moreover, various mechanics have been modified, which may seem trivial for newbies
but in reality they deeply modify the gameplay: one I know all, Ultimate punishes the game in defense and strongly encourages the action.
Great expectations for one of the most popular and most played sagas in eSport, also in Italy. 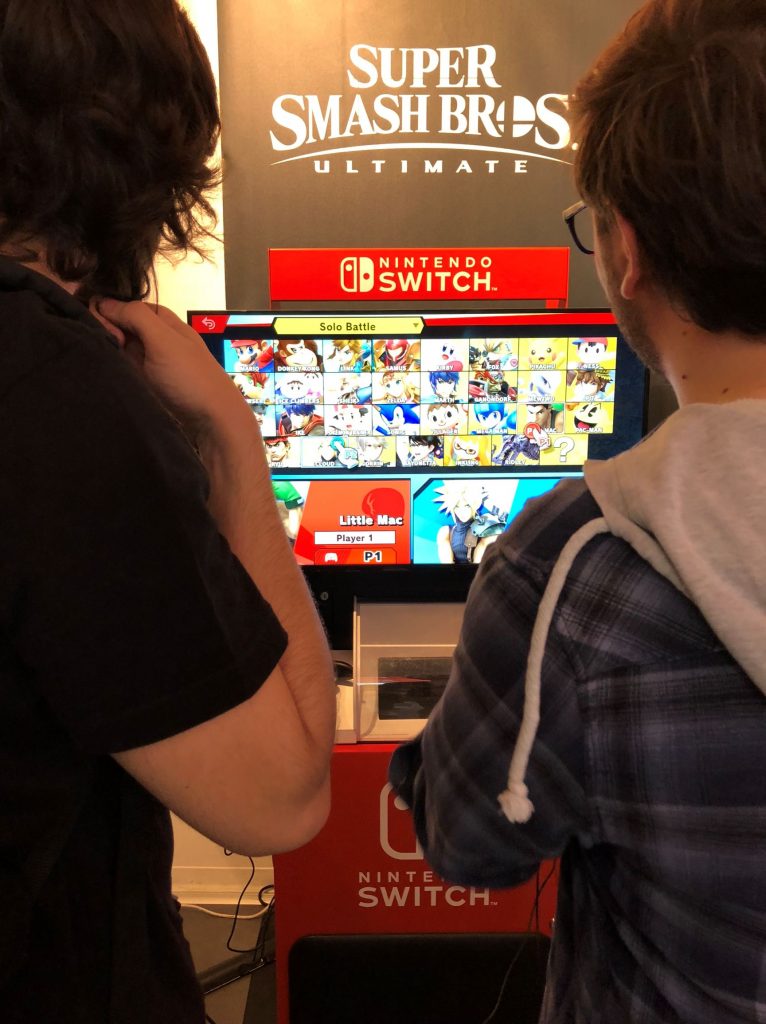 The next Pokémon world title is coming to Switch on November 16, ed combines the nostalgic story of Yellow with some simplified mechanics of Pokémon Go, first of all the capture of the monsters. This choice winks to the players of the mobile version, but also remembers the style with which the coaches capture their allies in the anime, without dedicating themselves to frenetic fights and launching the pokéball directly with so much hope. There are also other numerous references to the anime, like the fact that Pikachu refuses to enter the sphere and remains on his shoulder, in addition to the character design of the characters and the presence of different faces known to those who followed the story on TV. At the same time, the classic Yellow is glorified, taking back the original sprites and inserting the verses to 8 bit of the Pokémon in their spheres.
In addition, the title inserts completely new mechanics, such as the ability to sweeten wild monsters throwing their fruit (remember a bit 'the Safari Zone to fans) and meetings on map and no longer random: Pokémon are usually visible on the route, although some may be very skilled at hiding.
To make things more fun, extra fun was added, such as the uniqueness of our Pokémon starter blanket, unlike any other, and of course the new device represented by the Pokéball Plus, which can be used instead of Joy-Con. The latter is a sort of Pokéwalker 2.0 (much loved and lamented =, because in addition to lighting and vibrating depending on the events in-game, allows us to bring with us a Pokémon in real life and even level it by walking. playing Let's Go will be high even for the most nostalgic of the classic series. 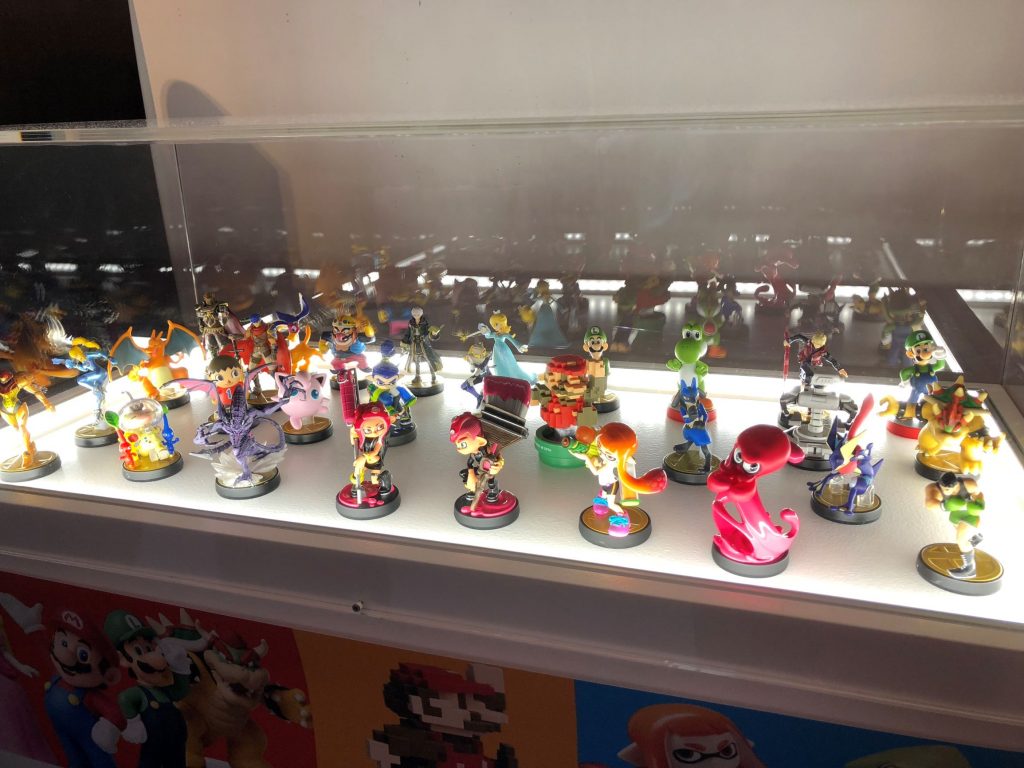 There was also the new Mario Party ...

Super Mario Party was seen at E3 for a few seconds, and surprised by the mechanics that uses multiple consoles, allowing them to be paired and used as communicating screens. In addition to this interesting novelty there are others, such as the presence of custom dice depending on the character chosen by us. For the rest it seems to be the classic Mario Party in shifts: coins, stars, crazy mini-games. After several titles that have misfired, perhaps we need to go back to the origins to please the players.