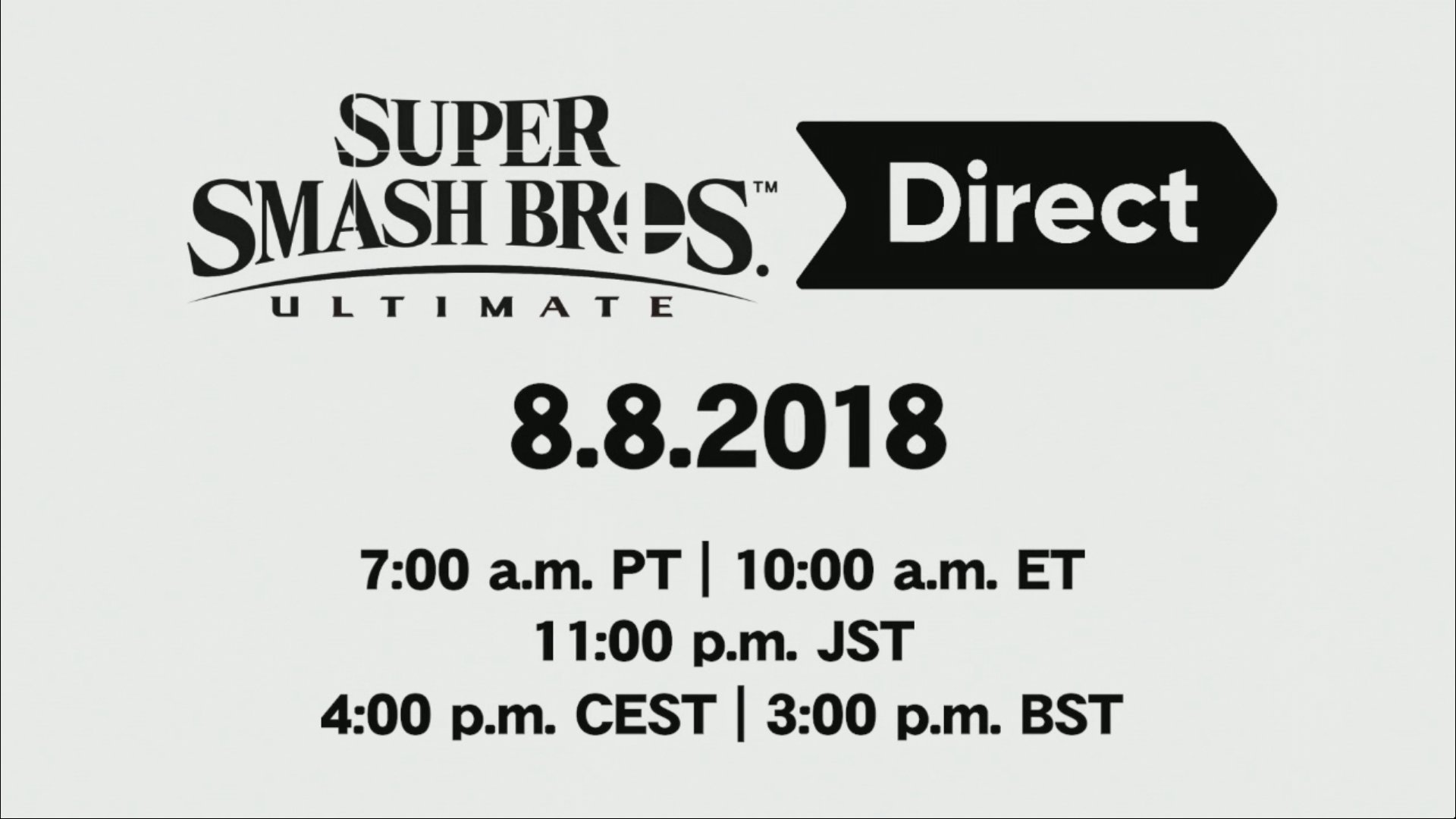 Did you think that the almost 30 minutes of Super Smash Bros. Ultimate during E3 Direct were enough?

Well, you were wrong because today the Nintendo Direct gave us almost another half hour dedicated to this title.

But let's see what those masqueraders of Masahiro Sakurai and company have presented to us.

The initial video introduces us to Luigi as a "nightmare investigator" wandering around in a dark mansion to present, directly from Castlevania, the new character: Simon.

Richter, like Echo Fighter, also appeared with him, even though they insist on telling Nintendo that the two "copy" the moves from each other and therefore can not really say who the original is and who copy.

Together with them is also presented the stage dedicated to Castlevania, the Castle of Dracula, the most dreary stage of all time (moreover if it had not been there we would have been a bit 'bad, what do you say?).

Also from the Castlevania world, Dracula himself and Alucard also appeared in the "Assist Trophy" version.

But Richter will not be the only Echo Fighter presented today: in fact, two new Echo Fighter in Super Smash Bros. Ultimate are added to the already large number of characters.

Chrom da Fire Emblem (and I was wondering when it would have appeared, given the presence of Lucina) and Dark Samus.

At this point a nice preview of the combat zones (including some "old style" Nintendo 64 version).

Super Smash Bros. Ultimate will see the beauty of 103 combat zones present, but as if the various were not enough, each zone can have customizations that will bring the actual number to triple.

Note that no area is locked at the beginning of the game, so it will be accessible from the first game launch.

Among the most important news we have the ability to activate or deactivate the "Hazard" of the stage and to be able to select two and transform the battlefield during the game, depending on the options that we will set.

If the number of combat zones has seemed high, a quick count of the music tracks makes the head spin completely.

Super Smash Bros. Ultimate contains the beauty of over 800 music tracks, all organized series by series and especially selectable from the Sound Test to hear even outside the fighting, for the beauty of over 28 hours of music (Spotify Take This!)

But the most "cool" thing is that you can create your own playlists and listen to the Nintendo Switch in sleep mode as if it were any music player (a little bit older, but still a nice feature).

Returning to the game and the gameplay, it will be possible to create their own rules set for the fights and, on a purely "technical" level, the stage selection will take place before the fighters, in such a way as to be able to select characters that better adapt to the characteristics of the area in which we will fight.

New Battle Mode for Super Smash Bros. Ultimate including the very interesting Smashdown that does not allow you to select previously chosen characters, bringing players to use all the characters on the roster, also playing cunning by selecting those with which our opponents they play better or leave their axes in the sleeve at the last fight.

Also noteworthy is the Training mode, where there will be a huge sheet of graph paper that allows us to study, for the most technical and passionate, all the mechanics, distances and any other devilry you think of every single character: if you wondered how far Sonic could be launched with an Uppercut, now you can find out!

As for the Single Player, the mode remains the classic one, with specific set of opponents for each character.

Tons of new items, Pokémon and Assist Trophies presented, including of course the part of the lion, indeed of the Dragon, makes it the Rathalos.

Straight from Monster Hunter, the Rathalos can appear both as a Boss and as an Assist Trophy.

A brief glance at the menu shows us the interface created for Super Smash Bros. Ultimate, from which we can deduce that there is still a mysterious mode that we still have not known what it is.

Did you think it was all here? You were wrong!

In the final video, which could only look like a nice gag, we discover a new character (now I've lost the bill): King K. Rool, directly from the world of Donkey Kong.

Beautiful poster of the characters that is updated with the new fighters presented today!

Now it's really all, I leave you to the video!