A demonstration in camera of Red Dead Redemption 2 was held for the sole employees of the Gamestop in recent days. It seems that the reactions have been anything but enthusiastic. 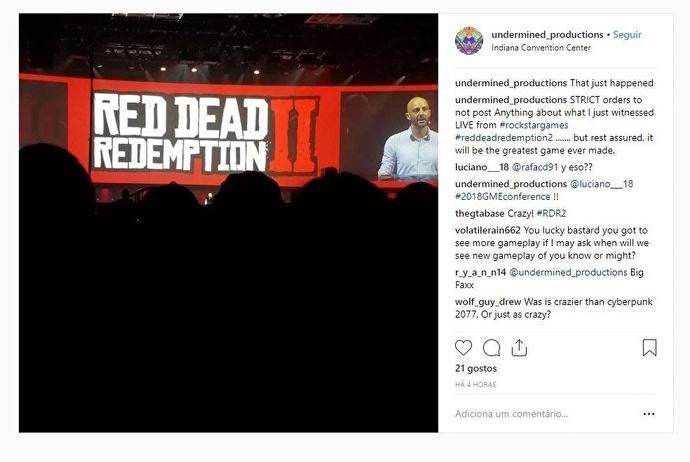 All projects GME conference of Indianapolis, in the United States, the Rockstar he showed a new demo of 20 minutes of his long awaited open world western. The audience was made up of Gamestop employees who subsequently shared their opinions on Reddit (In these the two discussions). Opinions that were more critical than expected:

"Beautiful game to watch, but most of the time it's a horse racing simulator. It was very difficult for me to stay awake ", you can read in one of the posts.

"There was a shootout after the bank robbery, but the 15 minutes were spent wandering in the woods while strumming a guitar," wrote a user who had been asked if the game was fun.

Other users have defined the demo, and the game in general, as "hard to watch", "almost soporific", "Equestrian Rockstar Simulator 2k19".

It must be said, however, that these are just a few ad hoc comments that could come from the so-called minority item. Other users have tried to justify the boredom experienced by other viewers: the demo was shown at the end of the day, and all those present were exhausted after a long week of work.

Observations of this kind can, in any case, make us understand how the rhythm of this Red Dead Redemption 2 do not be tight as some might expect. Players looking for action and constant shootings could, in the long run, be disappointed as the Gamestop employees.

The release of Red Dead Redemption 2 is scheduled for October 26, 2018.

Ori And The Will of The Wisps also coming to ...