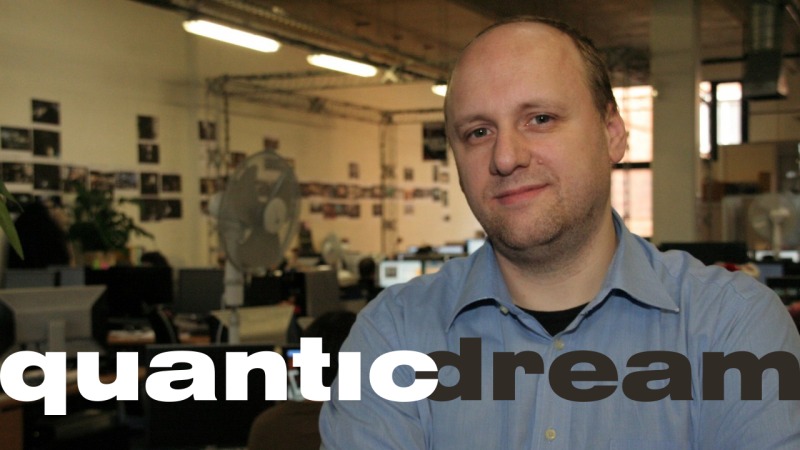 Also this year we participated, as usual, in the Milan Games Week. Few, to tell the truth, really interesting things: the interview with David Cage is certainly among these. Cage was chosen as the "guru" of this edition of Games Week and, before starting the firmcopie, he answered some questions on the main stage of the PAD. 16. For the less informed, Cage is the mind of Quantic Dream, the studio behind titles like Heavy Rain and the more recent Detroit: Become Human.

Tell us a bit about Detroit: Become Human and the duration of its creation.

The main intention was to create a story that contained many others. The creation process, from the first idea to the finished product, required 4 complete years. For me, a relatively short time, being the creation of a new franchise from scratch. The writing and the script required 2 years, contained in little more than 4.000 pages. Then it took a year for filming and a year to put it together.

What was the idea behind Detroit: Become Human?

It's the idea to choose from you. A videogame should not necessarily mean zombies and mere fun. This time the idea was to tackle some issues belonging to our society, such as racism and segregation. Doing it in a videogame is still almost impossible, so I ask myself: why treat videogames unlike other media like movies, TV or radio?

Your games have often talked about the theme of mourning and, more generally, about the emotions related to loss. Do you believe that today these emotions are more ridden?

Today it is possible to do it and games like Farenheit have shown it. Showing everyday life has become normal. With it, all the emotions that can derive from it are transmitted, like a grief or a loss. There is no need for the superhero, it's true. Despite this, I continue to feel like an outsider because some issues are still a taboo.
At the beginning people me watched shocked when I described domestic violence and segregation in Detroit. If I can continue to do it, it's thanks to you.

How long have the shots lasted and how important are they in your games?

Emotions are conveyed with expressions, eyes, voice, gestures. Theatricality is fundamental and the actors inevitably assume a key role in the realization of our titles. The choice of the cast is perhaps the most difficult and decisive moment, so I immediately prepare them for the complexity and importance of what they have to do. Many believe they have to take part in explosions or who knows what kind of gunfights. What I ask is instead extremely difficult: being human.

What is the technology that inspires you the most?

Technology is a means and not the end. We use the pen to write, it is not she who does it. Surely the rendering will be more and more photorealistic, allowing us to represent even better what we want. But the technology itself does not involve the player. The fulcrum continues to be who designs and develops the game using technology and not in its function.

Do you believe in VR? Would you like to use it?

We can only look with interest at the VR. At the moment, however, we are not willing to use it. Such technology requires an ad hoc mindset in conception and development. A completely different approach to what we have now.

The theme for the next game?

I can only say that we want to work on something we are extremely passionate about. As always, we will give more space to creativity and less to marketing.

When the interview is over, Cage decides to close with the depth that sets him apart:

"Detroit clearly shows us how technology will divide people in the future. Today, however, it is Detroit itself who has allowed us to meet, communicate and unite. I could not ask for anything better and that's why I'm so happy today. Thanks to everyone and good Games Week! "

Gwent: news and finally a date