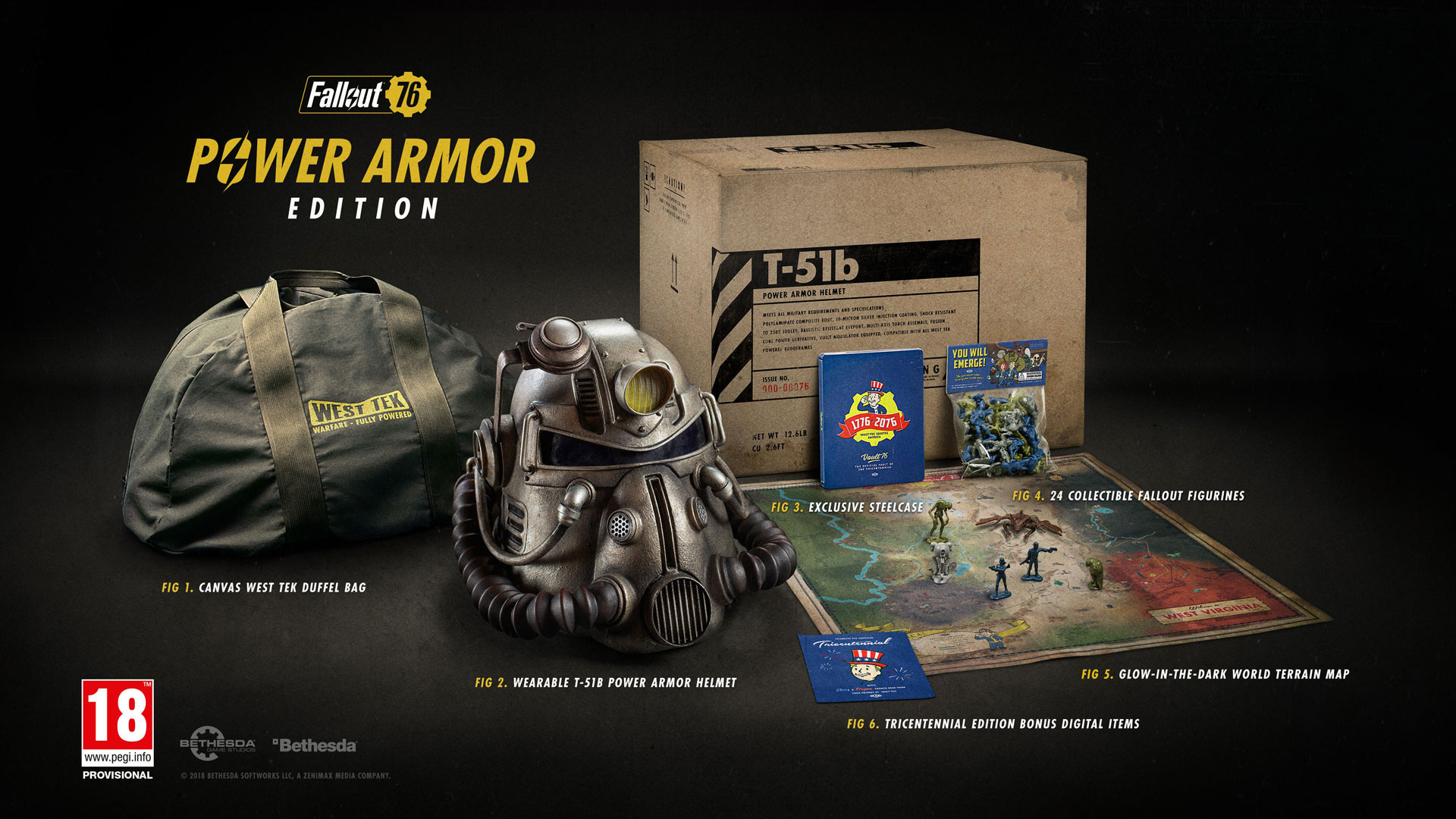 As many of you will know, in the last days the controversy on Fallout 76 has been fueled not only for gameplay and for a gaming experience full of flaws and bugs, but also for an "accident" with the Power Armor Edition. The collector's edition of Fallout 76, in fact, among its contents advertised (in addition to the beautiful atomic helmet) a bag / duffle bag in canvas. Too bad that the bag in question turned out to be plastic, like a bag for a lunch out of doors. The user controversy was not long in coming and, fueled by the frustration of buying a substantially incomplete game, it resulted in attacks and endless invective against Bethesda.

As a first content Bethesda had tried to "repay" those who had purchased the Power Armor Edition with 500 atoms, the currency in game. Too bad that with 500 atoms, in game, you buy a door and a vase of flowers.
Yesterday the software house has finally given up putting the word end (for now) on this delicate matter. With a Tweet through an official profile, Bethesda has announced that all nylon bags will be replaced with canvas bags. All is well that ends well.

We are finalizing manufacturing plans for the 76: Power Armor Edition. If you purchased the CE, please visit https://t.co/S5ClEZuQrx and submit a ticket by Jan. 31, 2019. We'll arrange to send you a replacement as soon as the bags are ready.

The Legend of Zelda: Link's Awakening returns to Nintendo Switch with ...

Battlefield 5 at the launch will only have the factions of England and ...