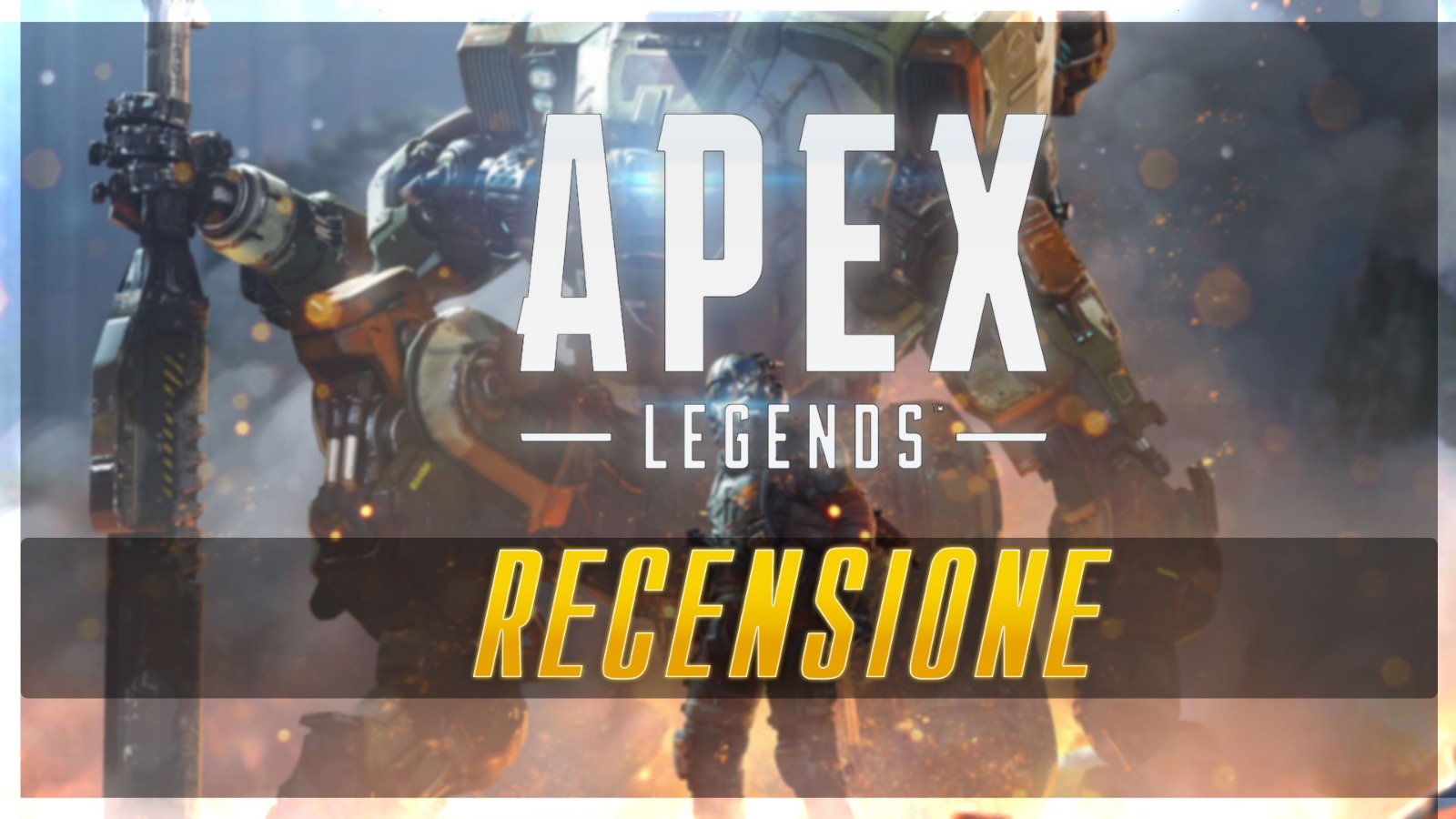 Apex Legends has literally hit and has certainly become the subject of the moment. A few days ago our vate, Fraws, also published his video review on Youtube, describing its strengths while maintaining the calmness that distinguishes it. Now, to talk about it, it's up to us and, without any calm, we want to start doing it by answering the question of the month: Is Apex Legends better than Fortnite? Definitely yes. Now we will explain why.

The key word to describe Apex Legends is one and only: gameplay. In a battle royale exclusively online it could not be that way and the guys of Respawn Entertainment understood it on the fly, making the playability the strong point of this title. Between innovations, strokes of genius and wise use of existing dynamics, Apex's gameplay is destined to make school.
Let's start with the news: the looting system is simply incredible. Easy, fast, intuitive, allows anyone to equip themselves in less than a minute and, above all, not to lose precious time in reasoning and extreme boring mechanical actions (lever the viewfinder, put the viewfinder, put the silencer ... ah no this weapon it does not support it and so on).
THE TAG. . With a button we can tag any object / event / game location, making team play extremely easy and, above all, possible even without a microphone. "Ao zì I left you the weapon here ... WHERE DOES GOD?": here, 'it's Apex stuff has erased it from the face of the earth.
Another new feature is definitely the possibility to respawnare once dead. Even in this case, the rebirth can make games with strangers more entertaining and, at the same time, more competitive and interesting ones with friends. It's not over until it's over: after the team pro kills the entire enemy team, he can revive you to the nearest respawn point, allowing you to resume the game. This is certainly a double-edged sword with extremely interesting tactical implications, given that very difficult we will end up facing the final team monchi and under staff.
Always in support of an exasperated team game, the implementation of the "group launch" at the beginning of the game allows not to get lost in dog dick around the map and avoid ambiguous excuses of various teammates, known and unknown: "I did not realize that you had thrown away." #noallosplit
Let's talk now about adding classes. For some the pivotal point of the game, the reason for the real revolution: this is not the case. In the sense: it is not the main reason why Apex Legends has glued millions of people on the screens, snubbing Fortnite. Let's put the classes last because, even if they were not there, Apex would have equally hit all the points described above.
Finally, it is worth mentioning what was perhaps the most appreciated feature in Apex Legends: the elimination of the fucking "waiting room", where the idiots are punched while losing time before starting. Thank you very much.

If the key word to describe Apex Legends is gameplay, the key word to describe the gameplay is certainly "frenzy". The duration of the games is certainly indicative (max 20-22 min) and the lack of almost total loss of time allows to restart in a few seconds towards a new match. Impossible to camp, impossible to hope to take weapons or indecent buffs to shoot someone with a blow (someone said rocket launcher?): It's just you, your companions and your skills. Whatever you say, the existence of the classes does not significantly affect the progress of a fight, bringing back to the center of the village the ability in aiming and positioning. Frantic but balanced, where cold blood plays an even more fundamental role, given the great probability of being in the middle of two (if not three) fires.

The key points have been underlined. It is therefore time to take stock. One of the most used methods to express qualitative judgments (from which the evaluative ones are derived) is the comparative method: to compare phenomena, events, things, draw up their convergences (and differences) and draw conclusions. The comparison of Apex Legends with Fortnite, the undisputed model of the genre, therefore becomes not only legitimate but necessary in order to better evaluate the new effort of Respawn Entertainment. All the points mentioned above give us an idea of ​​the undisputed differences between the two titles and of the features present in one and absent in the other. Knowing, therefore, the qualities and contents of both products, the judgment can only be one: Apex Legends is better than Fortnite. Point.
The immediacy and order of the controls, the use of one of the best movement and shooting systems of recent years (Titanfall docet), the perfect synthesis between frenzy, novelty and balance make Apex Legends a title destined to occupy the first position on Twitch for a long time. Ask yourself a question: how did you do a title of one of the most hated software houses, shot on the market with virtually no warning and no ads to win millions of players in 48? With the quality.

Andrea Schietroma - June 14 2021
After about a year of exclusivity on Google Stadia, Orcs Must Die! 3 is preparing to land on all other platforms starting ...
News

Andrea Schietroma - June 13 2021
During the Xbox & Bethesda E3 conference it was announced that Yakuza Like a Dragon has officially joined the catalog ...