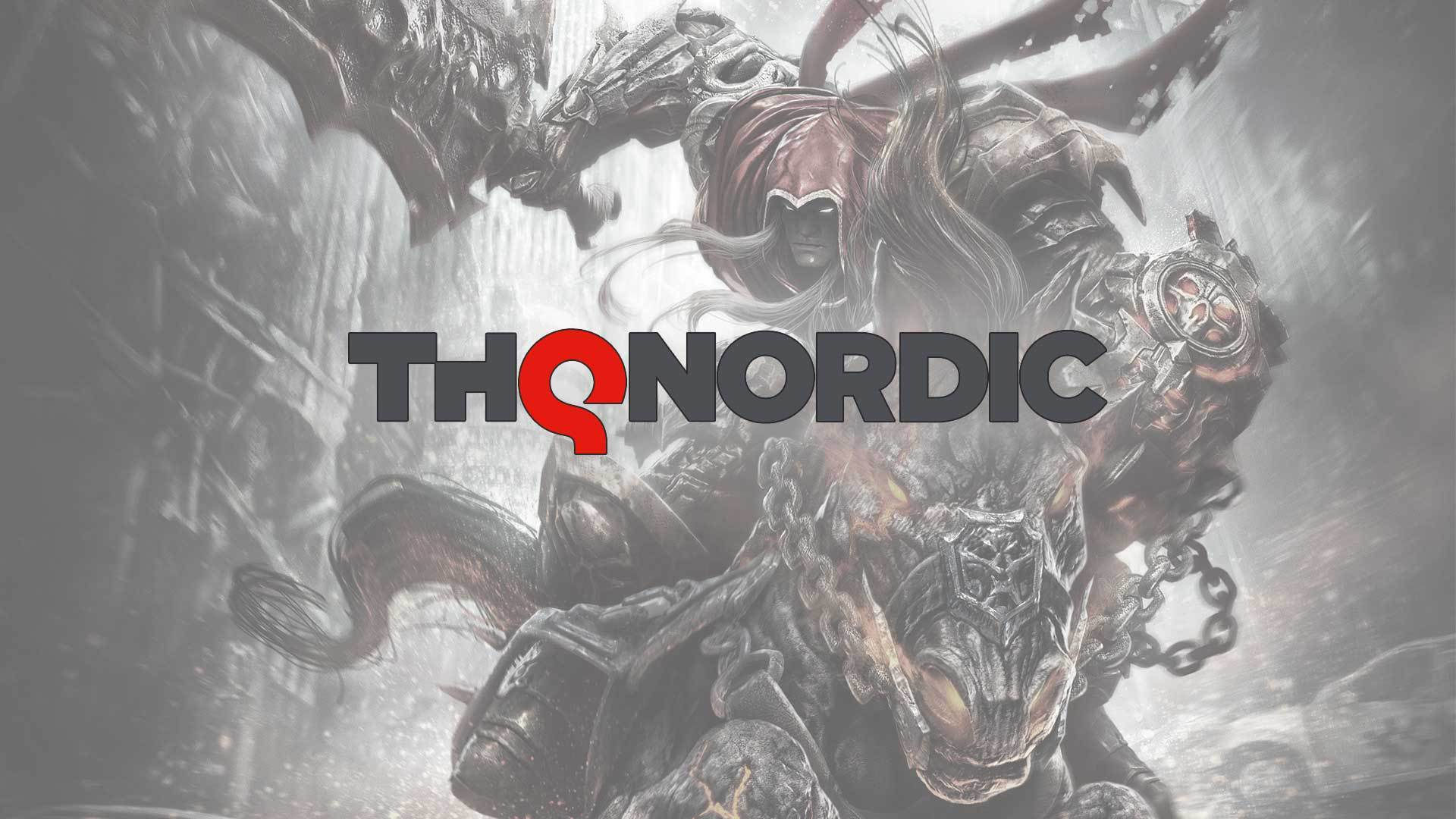 Let's start from the beginning. What is 8chan? In short, a version twice as trashy and frustrated than 4chan. In addition to countless images that are appealing to Nazism and racism of all kinds, the same Google reported it for "suspected child abuse activity". PCGamer, on the other hand, has simply considered it the "latrine of the internet". A place with an unenviable resume, certainly not the right place to hold any official event of any company in the world. The THQ Nordic, however, could not wait to be a shit of the month and has seen fit to perform, just on 8chan, an official session of AMA (Ask Me Anything). Published two days ago through the official Twitter profile, at the first perplexities of the community the THQ answered like this (Tweet now deleted): 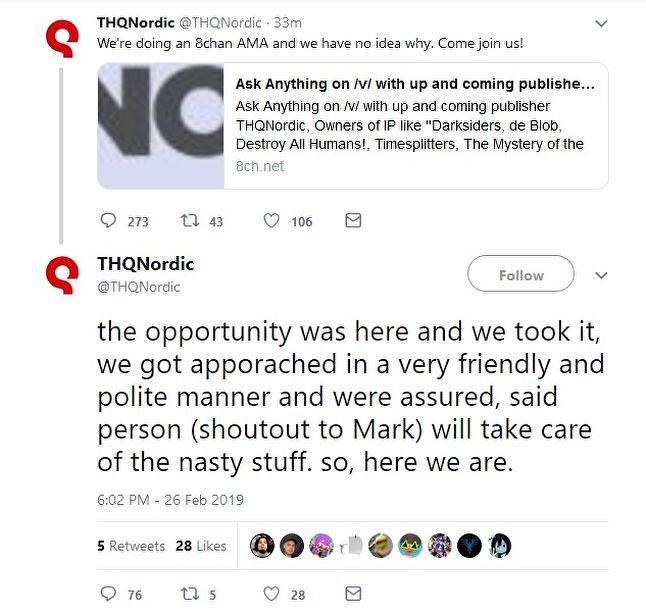 Despite the initial negative response, the AMA took place regularly and, as expected, the uproar started. In no time at all, all the "traces" were deleted (like the tweets above) and replaced with apologetic tweets signed by Philipp Brock, PR & Marketing Director. Too bad that from these apologies another accusation arises, consisting in considering the words of the THQ executive not very credible and false.
"We do not accept any form of racism and child pornography". And so far we are fortunately there. Too bad that then you justify saying of "Not being too diligent in knowing the controversies of that site". We could even believe it, if only in the tweets before the AMA did not explicitly write that they would keep an eye on the unpleasant, obscene (nasty stuff) things. "

(...) I am terribly sorry for the short-sightedness of my (!) Decision, and promised to be more vigorous in my assessment of these activities in the future. (...)

The story will certainly not end here, follow us to stay updated.