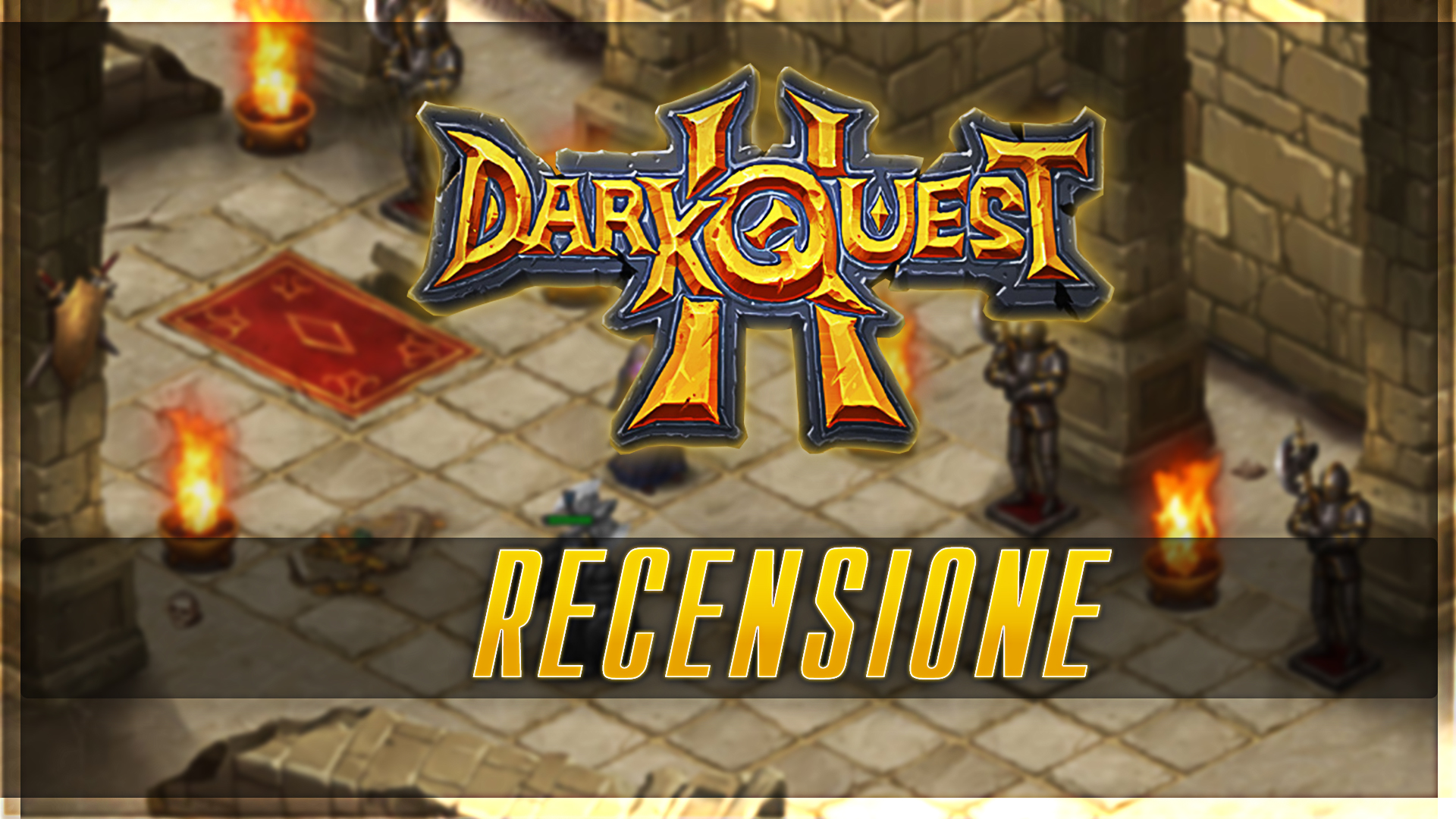 Despite my venerable age, I still have vivid moments in my memory the hours spent playing Hero Quest, both in its physical version (with lots of expansions) and the digital version of the early 90 years and it is from this historical title that Dark Quest 2 he obviously takes his cue.

Dark Quest 2 is a turn-based Dungeon Crawler with RPG elements. The game would have a campaign mode with a kind of plot (defeating the evil sorcerer) that actually serves as a simple excuse to give us the chance to make a massacre of orcs, goblins and anything else we are faced with during our journey.

consider Dark Quest 2 out of time for two reasons: the first is that the game is actually available for a long time on Steam, but to celebrate the recently released X-Box version we wanted to write this review; the second is that it takes full hands from atmospheres and mechanics that today are a bit out of fashion, but not unpleasant for that.

The game is extremely simple and straightforward: each dungeon we face is made up of a certain number of rooms, each of which can have traps, loots, enemies or small puzzles to solve (usually characterized by looking for a secret passage or a lever). to activate). Once you have passed all the rooms, you reach the exit that takes you back to the city, the central gaming hub where we can use various NPCs to meet our needs (in every sense, as you will soon understand).

It goes from the classic host, which allows us to recruit new heroes or let those injured rest, to the blacksmith, whose job is to build new weapons, armor and accessories for the right compensation (so no crafting system), from the wise man of the village who provides new adventures to nice little women who run a brothel, where in exchange for a small sum of money, one of our characters can receive a boost to the skills for the next mission.

Each character has its own peculiar characteristics (like the dwarf who can see hidden traps), as well as having various skills to unlock and enhance. Skills are divided into two types: the active ones, which can be used only once for dungeons, and passive ones, which require a particular condition to activate.

Once more characters are unlocked it becomes possible to choose which ones to send in each specific mission, but the advice is to bring a party always balanced with at least one melee, a healer and a ranged. Fortunately, some characters have hybrid roles, such as the rider who can heal but also play the role of body-to-body fighter. Equipment found or crafted during the course of the game can be moved from one character to another, as long as it is an object usable by that particular class.

Precisely on the management of the equipment is to point the finger, since it is old-fashioned and not very "handy". In fact, in order to change the equipment from one character to another (or simply to wear a new object), you need to be in town and return to the locksmith, which allows us to access inventory management.

The degree of challenge of the game, considering the medium difficulty, is well studied, thus giving the player a hard time to complete a safe dungeon (especially after the first missions) but without ever being frustrating. What may be less digestible is the point-and-click system to move, which causes a lot of time to be lost especially in the maps where a lever to open a gate is on the other side of the dungeon, something that forces us to retrace all the now empty rooms from enemies and loot. A fast travel would have been welcome once the rooms were cleaned.

On a technical level, instead, we point out the soundtrack, which pleasantly accompanies our party among the rooms of each dungeon, and we applaud the developers who have also included an editor to create custom maps, which can also be made available through the game's Steam page workshop. There would also be the possibility of multiplayer, but I could not experience it since no one in possession of the game was present in my friend list.

On the other hand I can not blame those who do not have Dark Quest 2: being certainly not a triple A production, it is a game that can pass very well unnoticed in the eyes of most people, but, that net of some small technical limit (such as the management of the items or the lack of fast travel), entertains the player with a simple but well-tested formula, while not reaching the heights of excellence of titles like Slay the Spire o Darkest Dungeon. For 8 euro the game is definitely worth the candle.