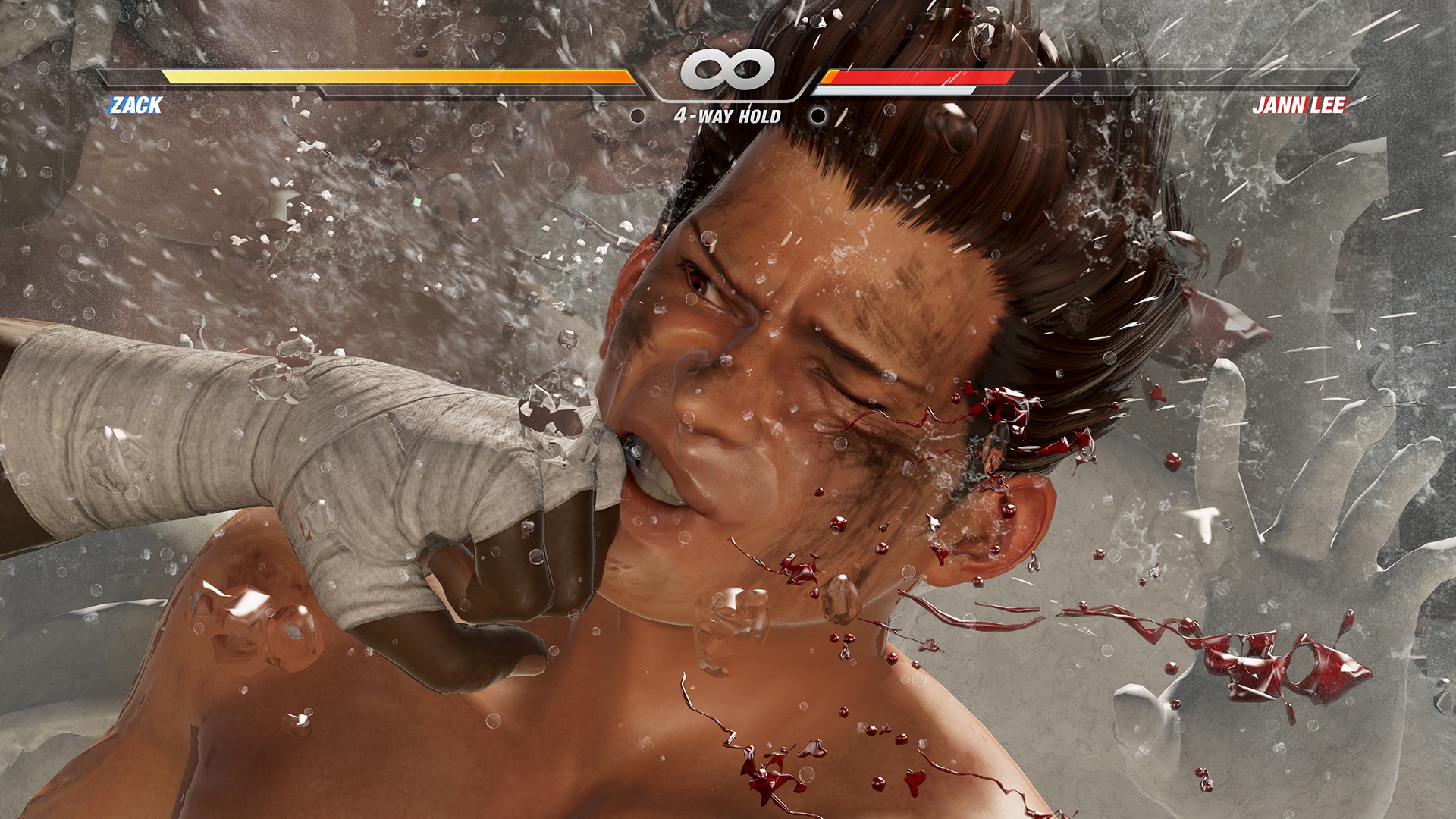 Dead Or Alive 6. Impalpable, repetitive and a lot "friendly random keys"(Much more so than the noobs in online SFV), but only if you are not a fan of the series. A title that does not present significant novelties, compared to its predecessor, except for the addition on the roster of two new characters, Nico e Diego. But let's go in order. The eternal saga of our "Kunoichi" Kasumi, leads us back to the organization by Honoka of the aforementioned tournament of mazzate, in the midst of opposing factions of fighters who are sound of holy reason.

We are talking about playability: il Combat System ever. If you are looking for something challenging and compelling, pad in hand, you are on the wrong track, as it is anything but difficult for the newcomers of the series. In Dead Or Alive 6 is certainly not unusual, in fact, winning a match literally spammando only the keys kick and fist, especially with Hayabusa, Bayman, Bass and Jann Lee, even the most difficult difficulties (from 6 to 8 on a scale of 8 for the note). For the rest, everything in "his" rule: countermoves canceling somewhat predictable and juggle not up to other titles of the same genre. The chain combos, from casual gamer, are the main ingredient of this usual heated soup, while the Special moves and Triangle System were simplified a little too much. The only significant novelty is the addition of the so-called Fatal assault, a sort of final move that causes a deadly dizziness of the opponent. During the same it is possible to execute four concatenated strokes (chain combo Über Alles). To be clear, in terms of game mechanics, we are well below the recent Soul Calibur 6, a title that between the timing of the somewhat admirable parry and great variety of moves, shows a totally different concept of gameplay, much more engaging and laborious.

Let's move on to mode. Winning formula for every brawler, expertly (or not?) Revived in this sixth chapter by Team Ninja. There is the usual mode "History", where for each character there is a well-defined canvas with a lot of prologue. The "DOA Mission" mode, similar to the Tekken 7 treasure battle mode: combats with a lot of progression proportional to the achievement of certain objectives, such as performing single moves or certain combos. "Fight" is the mode that contains the must of every beat'em up that respects: arcade, Pve clash or against another player in the flesh, time and survival. Uninspired online component, bad matchmaking. There is little technical incipit pad in hand. The pros of the Rising Sun will take care of keeping your boilers at bay.

The attention to detail in an average ford.

Let's talk about technical side of the game. The graphic engine of Dead Or Alive 6 has not been much innovated compared to its predecessor, nevertheless the details on the models linked to the action in combat, such as dust, saliva and soil, are valuable. Models in the medium and texture of some backdrops (like that of Christie) not particularly inspired. Good audio area, Japanese location definitely recommended compared to the English one (as in SFV). Subtitles obviously available in Italian.

Definitely, a title for the devotees of the saga or casual gamer, or even, for the masher schizzato but not too much, given the small number of keys that would lead anyone to victory, at least in single player. Roster complete and discreetly varied with 24 characters in total, which will be expanded with DLC di June that will introduce Never Shiranui. It is nothing more than an "updated" version of the previous chapter sold at an introductory price. Tradition and boundless simplicity in the game mechanics. However, niche fans will continue to praise him: ah, what a world it would be without Gēmu otaku ... the first of March to Pc, Xbox One e Ps4. Dead Or Alive 6. Very dead, not alive.

Piermatteo Bruno - December 8 2021
The team behind Ricochet Anti-Cheat, the scam-sneaky software implemented within the PC version of Call of Duty Warzone and Call of Duty Vanguard, ...
News

Piermatteo Bruno - December 8 2021
Yesterday, Ubisoft published on its YouTube channel the presentation video of Ubisoft Quartz, its platform dedicated to the management ...