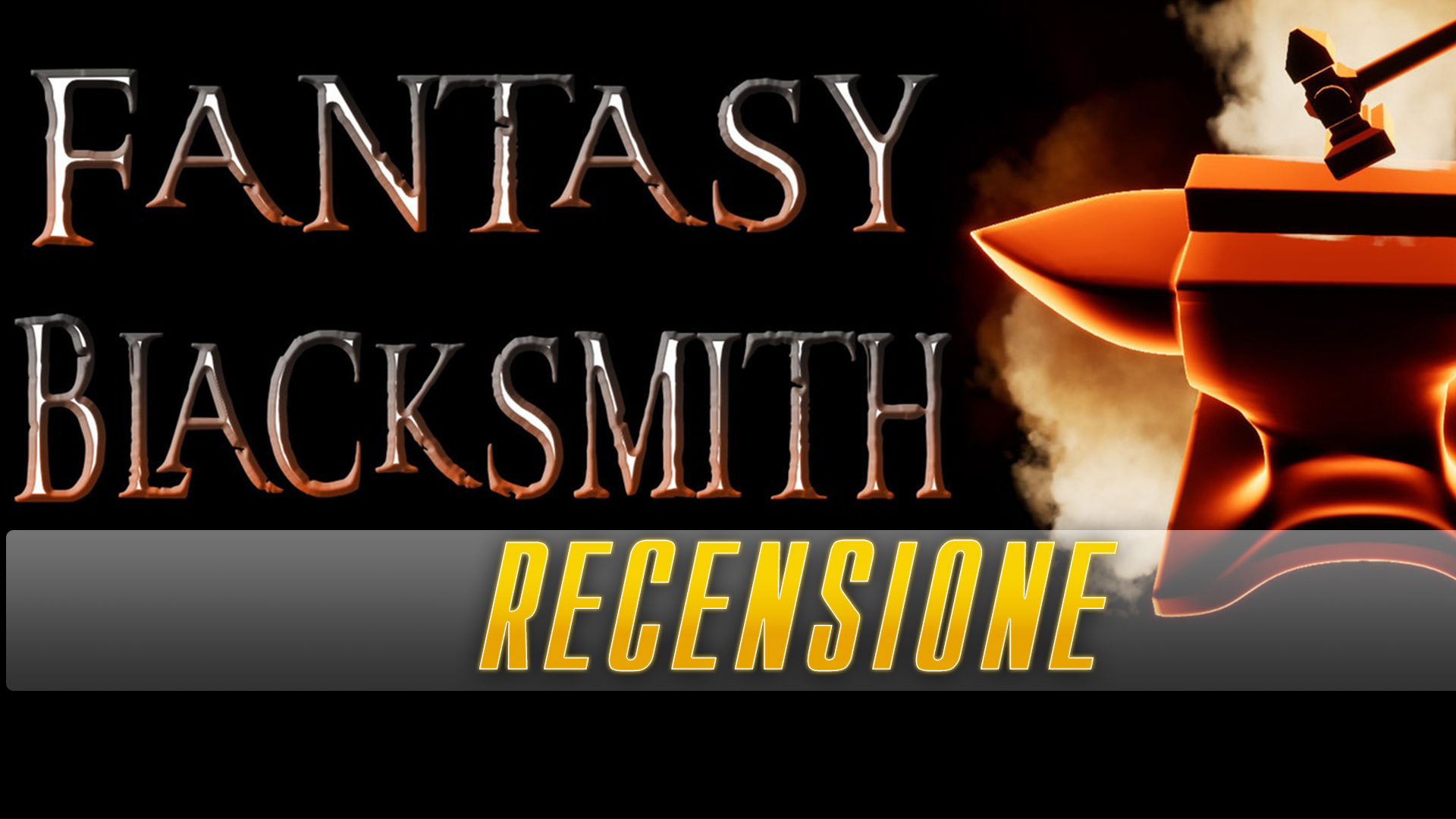 How many times, in video games, did you happen to be an adventurer? Dozens, hundreds of times surely. Wake up, wield your sword, gain levels and destroy ever greater and more powerful enemies to become the greatest heroes of * insert name of a fantasy kingdom *. But don't you ever think about how much work is behind it? Ok, often the weapons found by the enemies and in the 99% of the cases are decidedly more powerful than those sold by the merchants, and even more often speaking with a locksmith is equivalent to press instantly on "fixes everything" to then run away. But they too work hard and no one ever thinks of how much effort they make in offering you splendid instruments of death. Try to get into their shoes for once: they too must bring bread to the table! And this is the imaginary - more or less - that offers you Fantasy Blacksmith, game in which, obviously, you have to do the locksmith. In a fantasy world. It is written right up here, it was understandable. But you will never see the fantasy world, you are a blacksmith and you have to work continuously, no holidays or anything, I'm sorry.

The game was developed by Heaven Brotherhood and is the first title of this software house. Made in Unreal Engine 4, Fantasy Blacksmith is still in early access and looks very rough. A first textual tutorial introduces us to the basics of forging but it immediately proves useless as the first moments of actual play are represented by a guided explanation, complete with darts and phrases of what to do. And what do you want to do but forge a beautiful blade? Open your trusty tome and buy the necessary materials to creation, which are delivered to you through a practical elevator. Take the copper / iron / other material and throw it in the furnace, but pay attention to the temperature: if it is too low, the material is not malleable enough; if you exaggerate, you will not find anything in your hands. To help you, there is a bellows, which allows you to increase the temperature, along with a practical giant thermometer that indicates whether you are going well or not. Once warmed up, the finishing phase is started, in which you have to hammer the block until giving it its final shape. Of course it cools down during the process so you have to stop, throw it back into the furnace and wait for it to become a nice bright red again.

Once you have the shape of your weapon you need to cool it and compose it. This last phase is represented by an indicator that gives time to your actions: if well done, the quality of the weapon rises and thus acquires greater value. The same goes for sharpening. In the case of well-performed actions, the weapon can be sold at a good price, after having been exposed to the wall, to the heroes who knock on our door. Often these wayfarers can also ask for small jobs, like filing the weapon in their possession, which in addition to making us earn money also increases our popularity in an online ranking. The problem catches your eye after a short while: repetitiveness. The actions to do are always the same, always in the same places, always indoors. As we move forward we unlock new areas of the map from which to buy increasingly valuable materials and improvements for our shop, which lead to making better weapons while still doing the same things. But it is fun to see the objects beating in the most spectacular ways. Physics does not exist and throwing a block of coal on the ground never has the same result. And for pity's sake, beware of that sort of giant watering can near the barrel full of water: once I launched it and it simply disappeared.

At the moment there is really nothing else to say. If it were a mobile title I would also be satisfied as it leads the player to "waste time" in the accumulation of money to spend to improve the shop and the quality of the weapons produced in order to have more and more notoriety, but all is limited to this. The spaces for improvement are enormous: for example, they could also introduce an external world in which to move and physically go to buy the objects that are needed for work or to expand the mechanics so as to forge defense tools such as shields or armor. Being a blacksmith is hard work, and someone has to do it. But not me, at least not anymore. I go on vacation, goodbye!

Andrea Schietroma - July 7 2020
It is no longer a mystery that AT&T is looking for buyers for Warner Bros Interactive Entertainment. The division had become part of the ...
BusinessWire