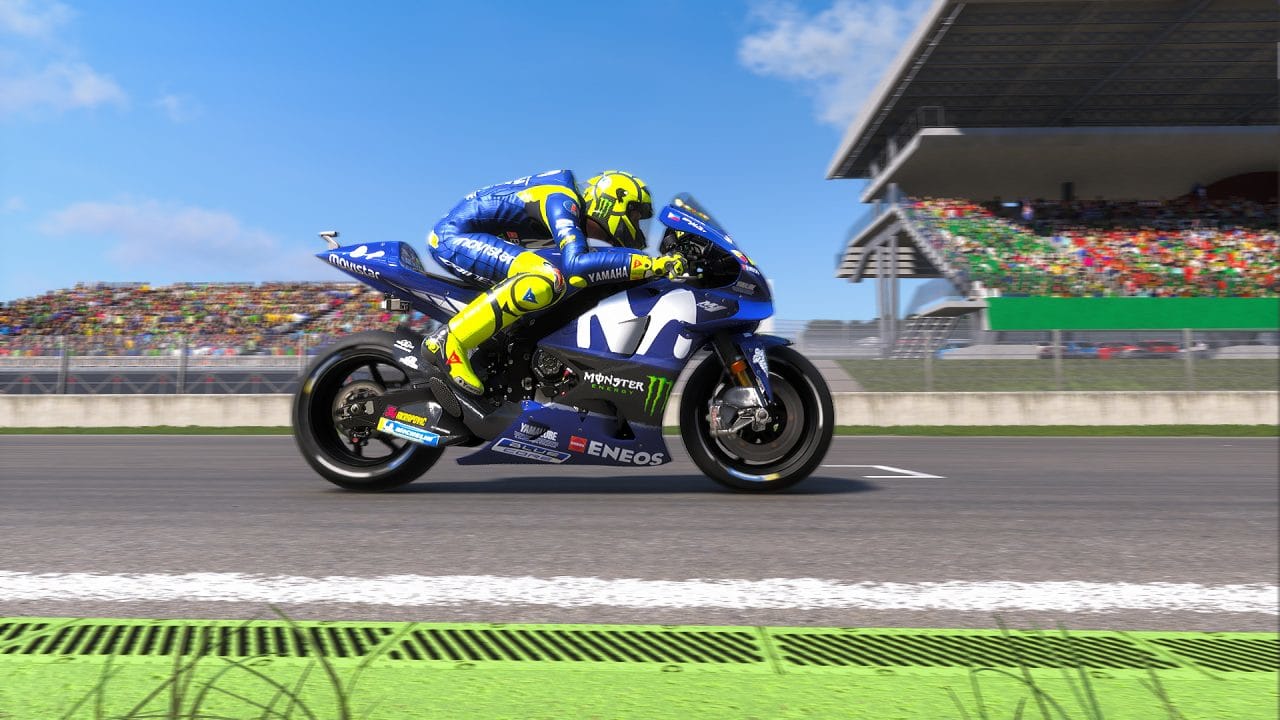 A press release from Milestone and Koch Media brings us back to the arrival of an unprecedented mode present in MotoGP 19.

With a new moving trailer, Milestone presented the new mode Historical Challenges di MotoGP 19, where players can relive some of the most exciting challenges in MotoGP history.

The mode Historical Challenges it's a real dive in the history of MotoGP, where players will have more than 50 legendary drivers and 35 official bikes in the 500cc and MotoGP categories, all perfectly recreated in every detail. Along with the official 19 tracks of the current season, there will be 3 historical tracks, Laguna Seca 2013, Donington 2009 and Catalunya 2015, which will bring to mind loved memories for all MotoGP fans.

Here is a quick preview of some of the legendary moments that players can relive with MotoGP 19:

Valentino's ninth gem
The last race of the 2014 MotoGP season was very tight: the first 13 in qualifying were less than one second apart. The 122.000 spectators in the stands enjoyed themselves a lot because Makoto Tamada, after 2 lap, already had a margin of 1 second. Although in third place, Valentino started badly, remaining in sixth position at the end of the first lap. But then, with his formidable dexterity, he overcame his rivals, including Biaggi, taking the lead. Despite missing 15 lap at the end, it was unattainable: 9 GP won on his debut with Yamaha, unbelievable.

Gibernau, King of France
Valentino Rossi had to compete with Spanish riders for most of his MotoGP career. The first of the series was Sete Gibernau, the best in the two-year 2003-2004 on a Honda. His specialty was an amazing start to the season, the track he did best was Le Mans. At the French GP of 2003 the duel with Rossi starts after the red flag for rain: in the last 7 lap, Sete and Valentino continuously surpassed each other. A dramatic last lap with two overtakes each. The last move comes from Gibernau, who triumphed with only 0,165 seconds.

Along with the new game mode, Milestone also announced the official release date of MotoGP 19 su Nintendo Switch, coming to the portable console on 27nd June.

MotoGP 19 the June 6 will be available on PlayStation®4, Xbox One e PC.

According to analysts, the release of Pokémon in 2018 would make the ...