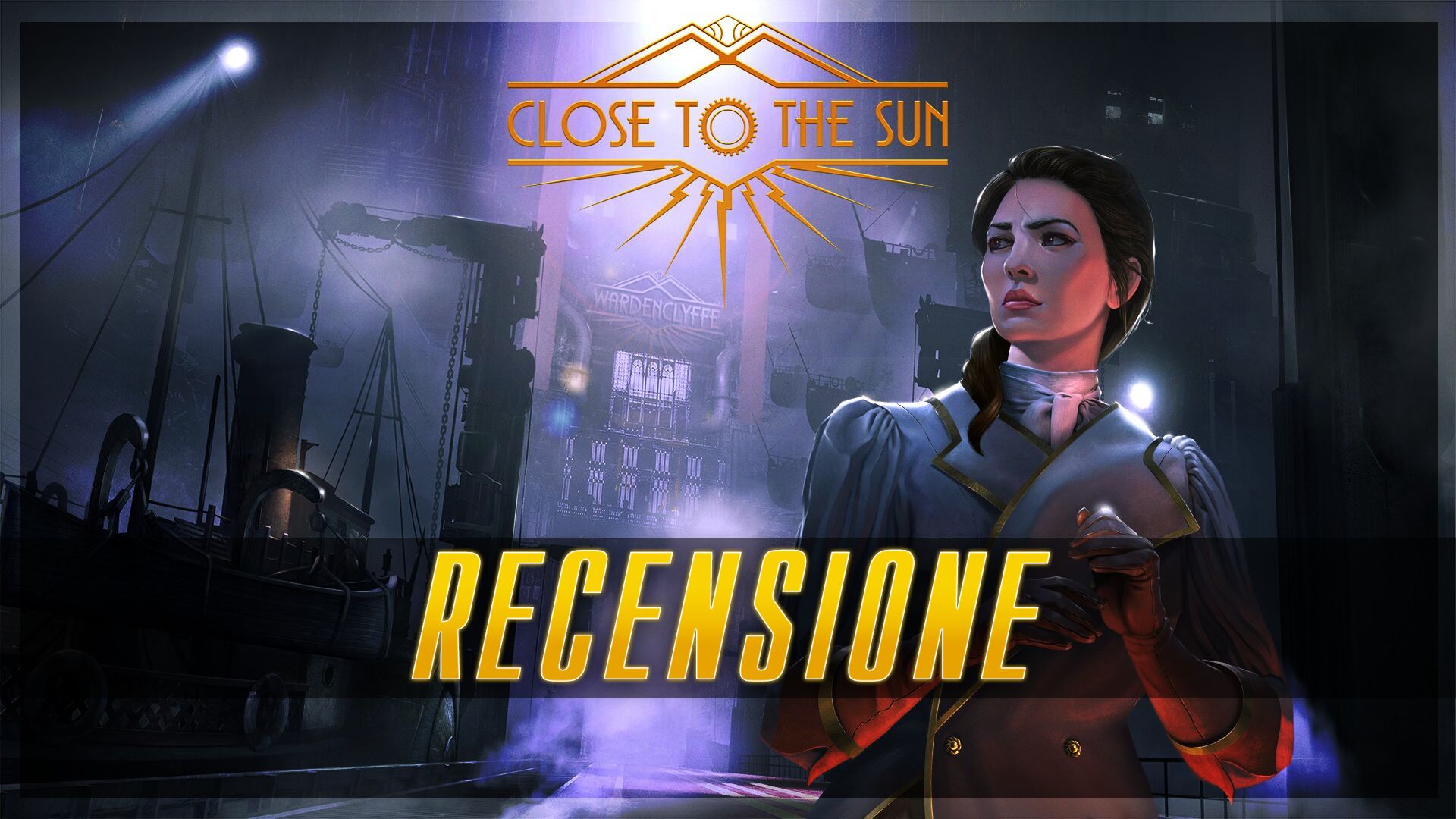 In the already crowded panorama of horror puzzles, it bursts Close to the Sun, and goes to the absolute top places for the power of the setting. The title of the very Italians Storm in a Teacup it is extremely enjoyable, even though it is not free from defects, and before analyzing it I thought it necessary to dwell for a moment on the philosophy of this software house. Close to the Sun they have the mission of not becoming a multinational company, always looking at the end user of their products as a friend more than a simple chicken to be plucked. In fact, they claim to want to keep the development team small and not the project's shot too pretentious to ensure that tight deadlines and deadlines do not invalidate the game's final result. We are by now in the habit of seeing games hastily pulled out for mere marketing issues: I will not go beyond quoting famous software houses, we don't need to give examples.

I wanted to pause in explaining the style of the creators of Close to the Sun just to let you have an adequate reading key: it would therefore have been a big mistake to judge it as a triple A of some multinational company from wallet to bellows. 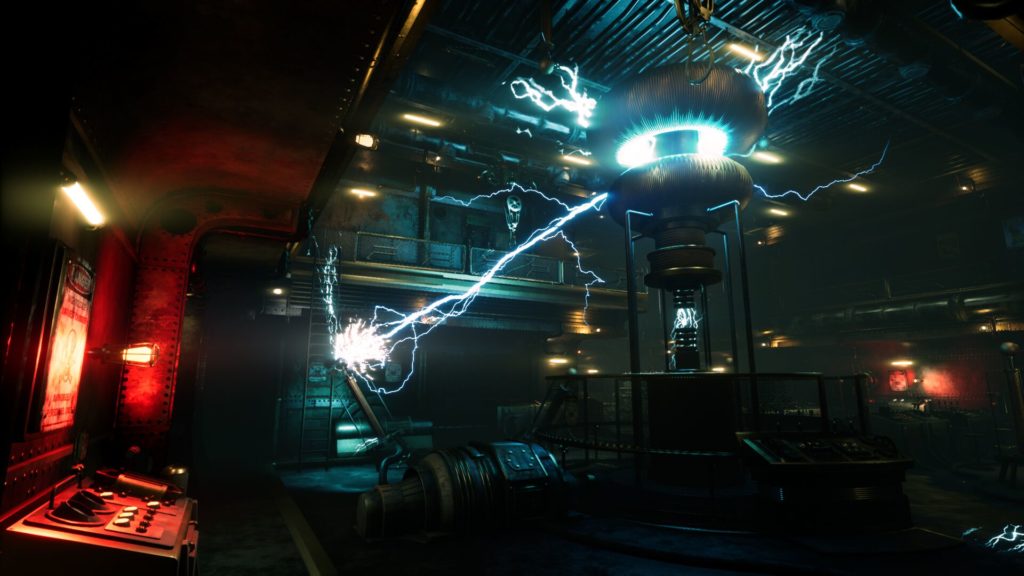 Immersed in a setting that gives a nod to titles like Bioshock e The Ship, this game makes the location its strong point, together with a respectable and noteworthy audio sector and above-average technical realization. Even the likes of. Make their appearance in the narration Nikola Tesla, Albert A stone and similar. The game is exclusive Epic Store, but listen to a poor man disadvantaged gamer: it is undoubtedly worth the effort.

The title Close to the Sun is a clear reference to the myth of Icaro, but it is not in the sun and in the light that wants to aim this game, but to pinch the deepest strings of our fear. The tension is palpable and always present throughout the duration of the game, with a clever play of highs and lows and a mix of heart-pounding moments and other very slow created ad hoc to stress the player. It's all a question of balance 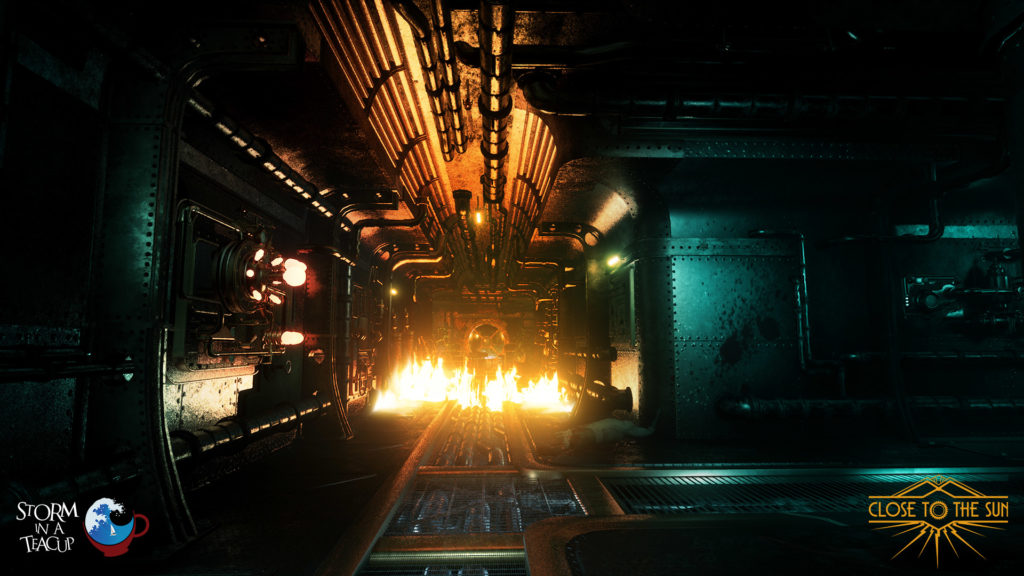 The setting is phenomenal, and although the variety of environments is not majestic, it still manages to make us feel totally out of place. Living the whole experience on a ship, however spacious, gives a claustrophobia that always keeps the player on his toes: where can one take refuge? The rooms, the furnishings and all the details seem to be clearly inspired Bioshockesca. The developers also remember that the heart of the game is based on titles such as Sum, Outlast e Firewatch, drawing heavily from some of their winning mechanics and exploiting them wisely. The only comment that I feel I have to do concerns the movement system combined with the vastness of the environments: certainly on the game design front a little more effort could have been made, in fact it is tedious to search for certain objects necessary for the continuation in the chapter. Big flaw of the movement system is in fact its excessive woodiness and slowness, you could in fact run into problems if, like myself, you have no memory and you have to retrace dozens of times the same corridors, losing you to find the clue you had missed. It's not fun to go around in circles. 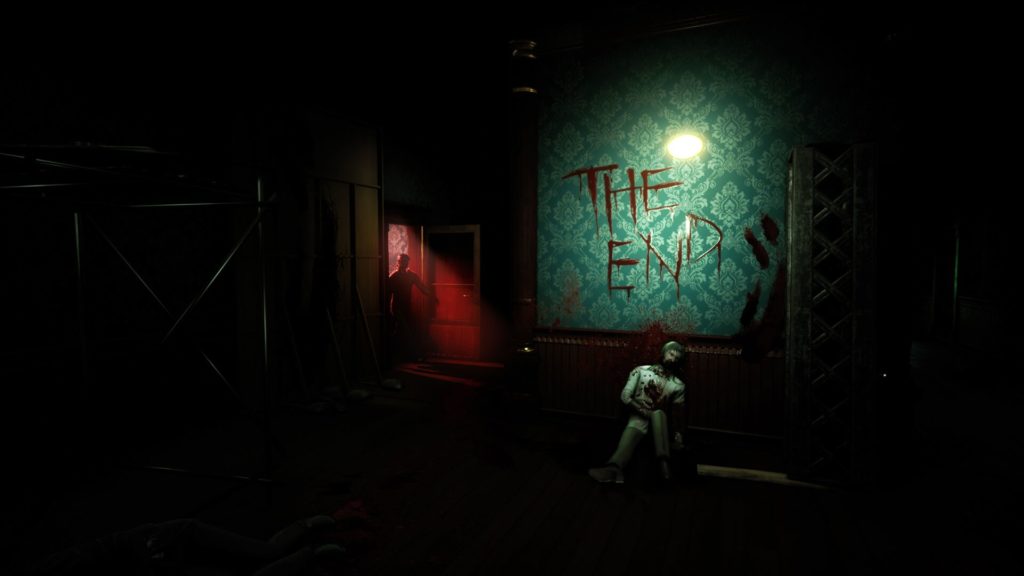 At the level graphic the game defends itself well showing a particularly inspired and characterizing color palette, aided also by very well made light and particle effects, thanks to theUnreal Engine holding the work.

The puzzles are also well thought out, and they are able to keep you engaged right, presenting themselves as well calibrated from beginning to end, except for one of them optional that will take you some time ... but far be it from me to supply you any detail related to the plot. Ultimately, Close to the Sun is just that: plot and sensations. Even non-English speakers can still enjoy 100% of the story thanks to a perfect translation of the subtitles. The only sore point of the puzzles seems to be the excessive repetitiveness of some task necessary for advancement, but nothing unbearable, so in my opinion it is not an exaggerated criticality. The game runs smoothly, articulated in 10 chapters of varying length and, unless you are as hard of an understanding as myself, you will be able to complete it in about 8-9 hours of play.

Making a final nod to the sound compartment, believe me I struggle enormously to find words to describe it if not WOW. Most of the time I didn't notice the soundtrack but to stop staring at a wall so as not to be distracted, as the golden threads in the weave of a monarch's silk dress intertwine perfectly with what you live on screen, especially during numerous twists and turns jump scare.

Close to the Sun wants to be an experience made of history and tension, as such I don't dare to do anything but present you the plot main: scientists are dealing with experiments on the space-time continuum, but something goes wrong. Just do not extort any more information from me. play it.

Ah, little NdR, for those who are wondering if you can die but the automatic rescue system is very well done and you will not have any particular suicidal tendencies when it happens. Rarely, but it will happen, oh if it happens.

Skullgirls 2nd Encore: Annie of the Stars is the first character of the Season Pass

Vincenzo Marino - February 25 2021
The State of Play ended with a very welcome surprise for Final Fantasy fans. Final Fantasy VII Remake will in fact be published ...
Midgar awaits us
News

Vincenzo Marino - February 25 2021
Five Nights at Freddy's returns to terrorize players in this new incarnation, completely original compared to the canonical series. During the State ...

Cyberpunk 2077, available the first mod that allows you to play in ...