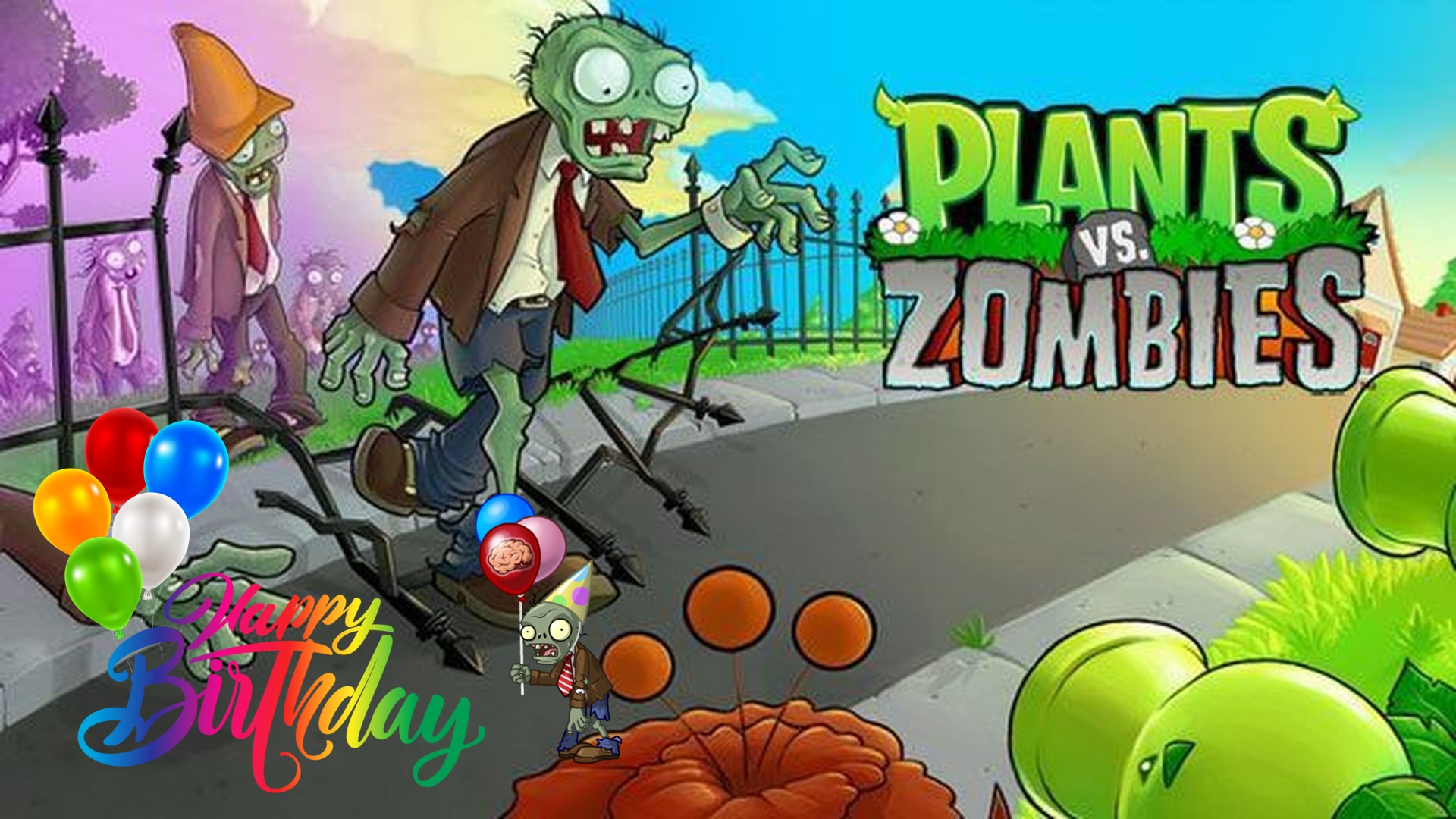 Happy Birthday to Plant vs. Zombies who turns 10 years!

Personally one of my favorite games of all time and even today, after a decade of distance, one of the best Tower Defense around.

To celebrate the "birthday" George Fancreator of Plant vs. Zombies wanted to share with the public some documents and sketches that show the original design of his creation.

In the initial project the enemies should have been aliens and not zombies, to be precise the aliens from his previous game, Insaniquarium, but once the first zombie was drawn he changed his mind (for us and his luck).

Happy 10th Birthday, Plants vs. Zombies! I had no idea when scribbling this on paper over 10 years ago just how much it'd change my life! pic.twitter.com/MyZMx9m7Zh

Another element that should not have been part of the original version was the Sunflowers. In his initial project there had to be some tubers that had to be watered and then eradicated to earn currency. With this design probably Plant vs. Zombies it would have been extremely more difficult, so we thank you for the idea of ​​the Sunflowers.

This is also when the "5 lane" concept was introduced. Before this I was prototyping a more traditional tower defense, where there weren't lanes and you'd build a maze for your enemies to walk through. Notice that I initially drew 6 lanes, then scribbled one out! pic.twitter.com/noMYc9xnvB

In this other tweets instead it is shown how the initial idea was to use 6 lane instead of 5 and even in a very early version Plant vs. Zombies it was designed with the classic maze already seen in many other Tower Defense.

You can find many other goodies on the Twitter profile of George Fan.

Quixel, an artist reconstructs the Blood Gulch map of the first Halo