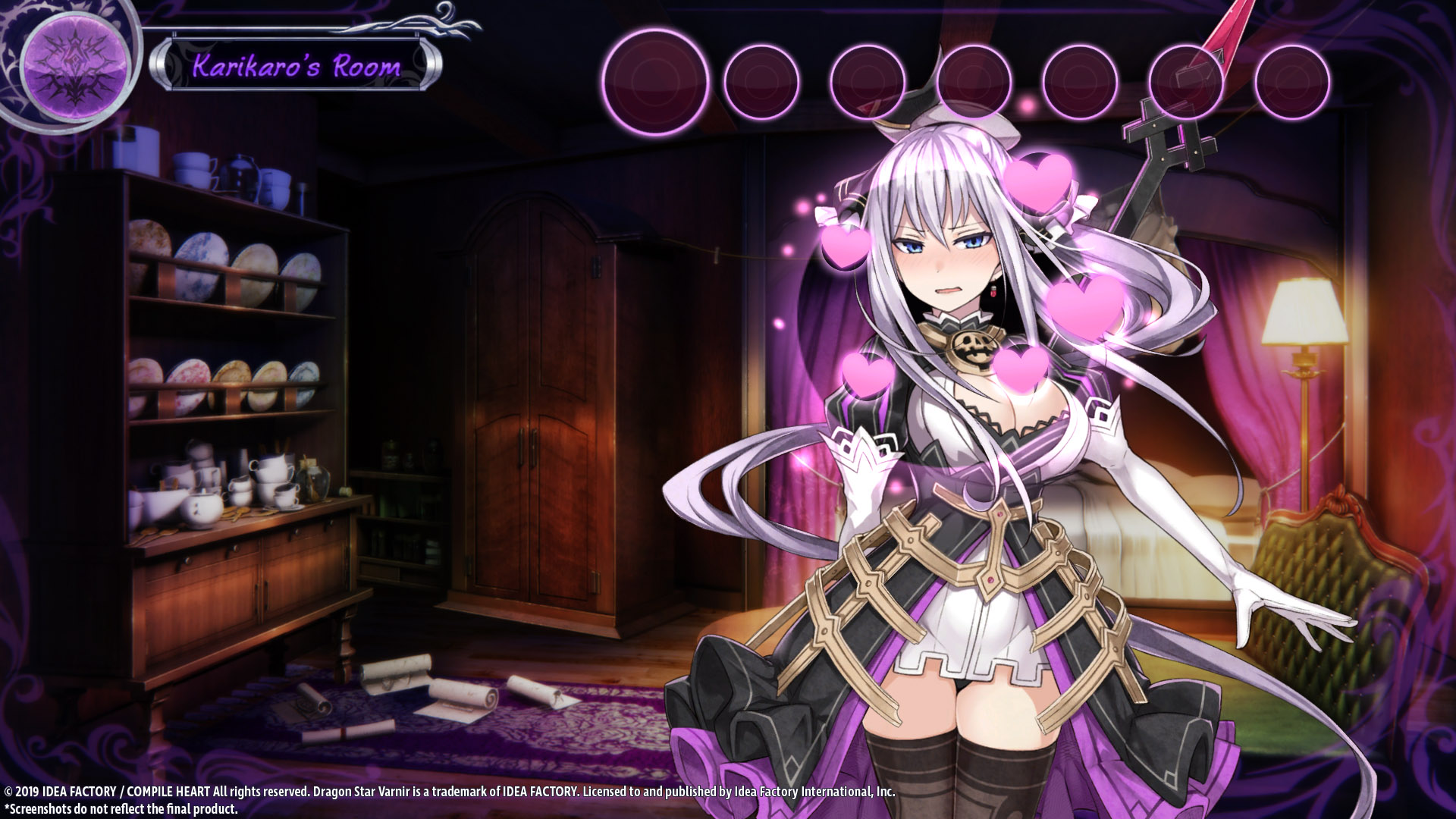 With fierce dragons and numerous obstacles around every corner, Zephy and his party will have to remain vigilant in the underground caverns. The epic JGRP, Dragon Star Varnir ™, 14 June 2019 on PlayStation®4 will be available (in physical version) in Europe!

Huntery - Here, players can find more missions to choose from. They will also have to fulfill the conditions of each mission to receive a reward. The Huntery allows players to access objects, such as Books of Formation. These special objects allow players to enter their characters in different battle formations to receive additional stat increases during battles. But read the descriptions carefully! Some statistics enhancements will decrease others.

Field Exploration - As you explore the Varneria dungeons, you will find treasure chests, blocked paths and enemies. Use the special character-specific magic to overcome obstacles and trigger special effects! During field exploration, players will also be able to fly on their brooms to travel faster!

Giving Presents - Enchant your favorite witch with different gifts. In the Witches Room you can use gifts you got from dungeons and shops. Every witch has her personal preferences, so if you give the right witch the right gift, their level of affinity will increase. If their affinity reaches a certain level, a special event will occur!

Insanity Level - Depending on your actions during the game, your Insanity Level will fill up. Once a certain threshold is reached, a special event will occur before the next chapter begins. The moment madness takes over a witch, a cruel fate of despair awaits her. In the end, if your madness level is high, the ending will change.

Mixing Elixirs - An elixir is a valuable tool for players, useful for accessing rare, unattainable objects in dungeons! To create an elixir, head to the Witches' Workshop and mix various objects found in dungeons like claws, skin and bones, as well as a catalyst. The chosen catalyst can change the type of equipment and the rarity of the elixir! Once the elixir is created, choose a character to use it on, and it will invoke a special dragon. Defeat it to get rare items! If you can't defeat the dragon, your elixir will not disappear, so you are free to challenge the special dragon as often as necessary.

MediEvil - could a leak have revealed the exit period?