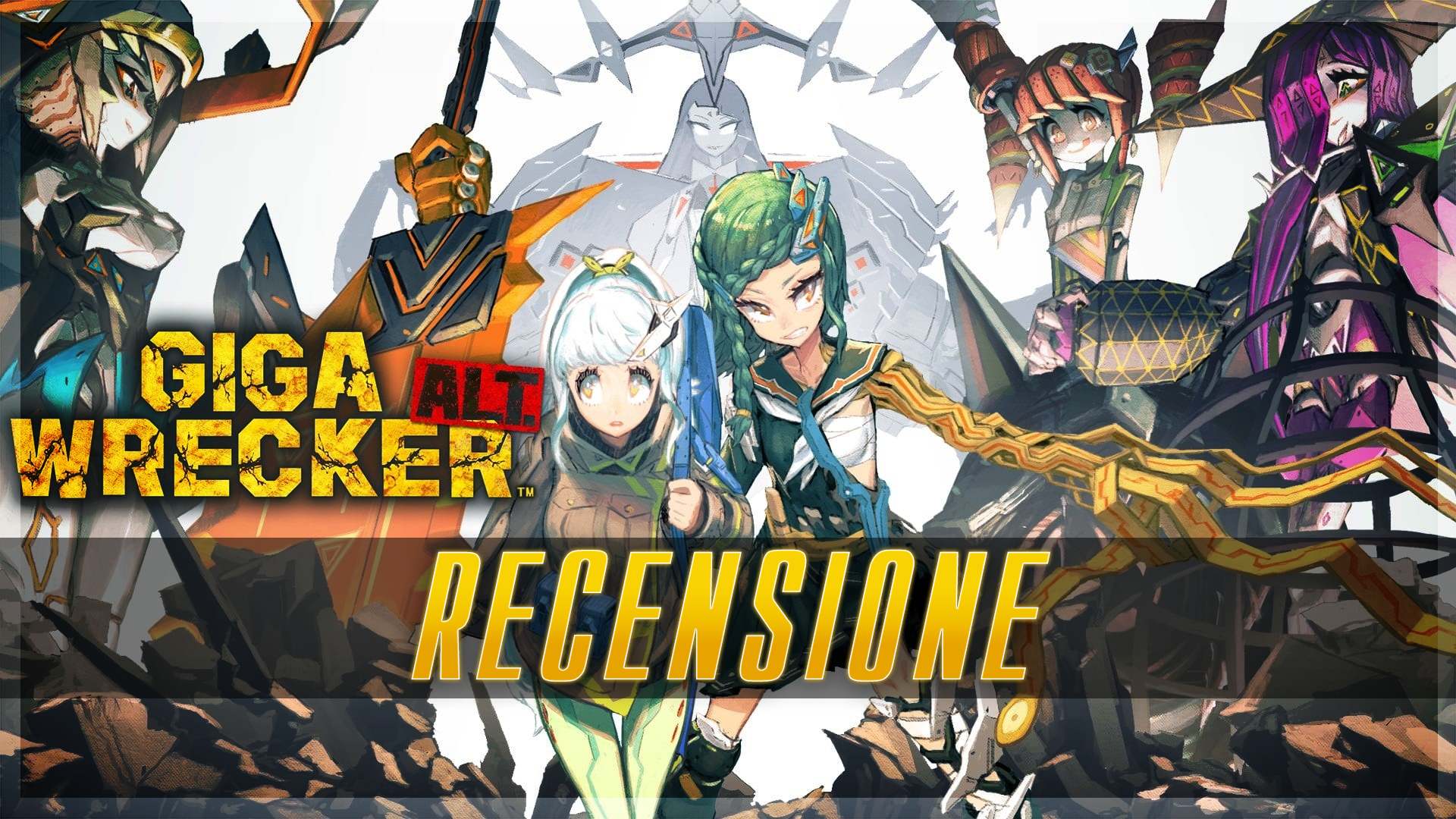 Giga Wrecker Alt. is the last effort of Game Freak, the study that we all know for the series of Pokémon. Indeed Giga Wrecker Alt. it is not a real novelty, given that a title from the name Giga Wrecker was already released for PC in the 2017. This version is the port with some modifications, hence the suffix Alt., Arrived on the console. For this review, we specifically tried the version for Nintendo Switch.

In an unspecified future, a robotic race has appeared on earth and has begun to bring death and destruction everywhere. There is not much information from where these beings have arrived, but the only certain thing is that humanity is on the verge of extinction.

3 years after their appearance we make the acquaintance of reika, a girl of 19 years who like many others has been imprisoned by robots. Now without hope, Reika is on the verge of letting go when a girl unknown to her finds her but, instead of helping her, tries to kill her by telling her that because of her goodness the human race will be destined to end. The blow makes her lose an arm and is left dying in her place of imprisonment, until an equally mysterious scientist finds her and saves her, effectively making her a cyborg, grafting a cybernetic arm in place of the injured one.

Reika then begins her adventure in search of the girl who tried to kill her and, in the meantime, tries to exterminate as many robots as she can find on her way.

Giga Wrecker Alt. shows the structure of a classic platform 2D, with the possibility of hitting robots with their own metal arm. Whenever robots or particular pieces of the surrounding environment are destroyed, our metal arm thanks to its nanomachines will be able to create a ball of debris, more or less large, which has multiple uses during the course of the adventure.

Soon the structure of the game turns out to be actually a puzzle game, where every room is a scheme worthy of the best "The Impossible Machine". All the puzzles to be solved are based on physics, so it is up to the player to study how to destroy the environmental elements to create new ways to continue, thanks also to the multiple abilities associated with our metal arm.

In fact, as we find new patterns, Reika acquires new skills, such as forming a solid cube on which to climb in order to reach the platforms out of our reach or to create a blade so sharp that it can cut clean walls and platforms, always with the aim of reaching otherwise inaccessible places.

Like any title Metroidvania-like, continuing between the various rooms we will meet sooner or later some closed doors, which require the activation of several terminals placed around the map. There is therefore a long process of backtracking, helped however by the large number of beacons, useful for fast travel, scattered around the game map.

As for the combat, in Giga Wrecker Alt. it is a marginal element of the gameplay: every enemy we meet can be destroyed or simply rejected, it all depends on the size of the ball of debris we can collect. Even the Boss Fights present are certainly not memorable, since they are clashes that follow a precise pattern and once learned they are easily manageable.

Giga Wrecker Alt. it also has a small RPG component, present with a skill tree with multiple nodes, which can be activated by using the crystals that we find destroying walls and robots. The tree is accessible at any time through the game menu but, unlike other titles, no node gives new abilities (those come only from the patterns found by computers within the game), simply enhance existing ones or improve the characteristics of Reika, such as health or regeneration.

In terms of gameplay, some additions have been made in this console port. The most important is that of a robot that accompanies us and can give us suggestions on how to overcome a certain enigma, very useful since sometimes some of them are not easily understood. New rooms have also been included to help make crystals, as well as new weapons and skins for Reika, while the possibility of creating levels and downloading those made by other users has been eliminated, more due to console limitations than Game Freak.

Graphically Giga Wrecker Alt. is presented in a sufficient manner. Reika and the post-apocalyptic cybernetic setting are well done, but the animations seem a bit false, making the movements of our heroine seem inaccurate, which is sometimes reflected in the gameplay, especially in the most difficult sections for coordination and precision. Music and sound effects play their part, with a very quiet soundtrack during the exploration of the various levels, but with a nice change of pace during the Boss Fight, certainly more adrenaline.

Giga Wrecker Alt. it has all the elements to be a good game, but it has a flaw that can, in the long run, undermine its playability. The puzzles, being all of them based on real physics, sometimes require multiple attempts to be solved since a small “is enough”rebound"Wrong for not being able to close the level, besides the fact that some of them require a certain dexterity and coordination to be overcome.

Fortunately, in every scheme there is a purple portal that allows you to return the room to its original state and be able to make a new attempt. The other big flaw of this console version is the lack of the level editor, partly offset by the new rooms present and by Dolma, the little rebel robot that will give us a hand during the course of our adventure.

The ranking of the best The Legend of Zelda according to USGamer ...