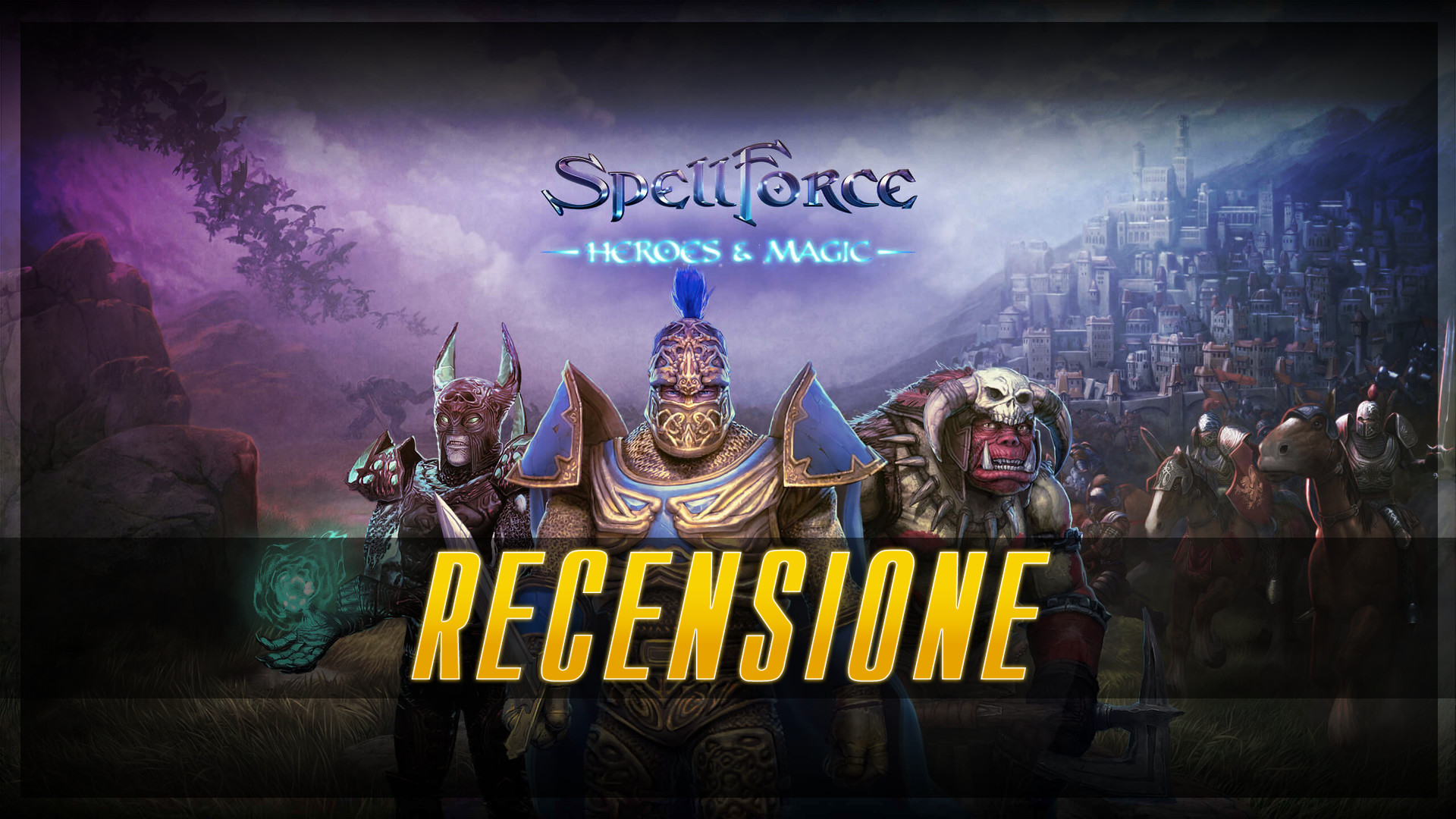 SpellForce is a series that, with 3 chapters and some expansion, has had some success on PC. Spellforce: Heroes & Magic is the spin-off for the mobile market which, starting from the name, accentuates the similarities of the franchise with the timeless Heroes of Might & Magic.

Starting off Spellforce: Heroes & Magic one expects a small prologue, a menu, a welcome. None of this. As soon as it is downloaded and launched, the first screen that appears to our eyes is a simple choice between two game modes: Adventure o Battle.

Let's say that the first impact is not the best, also because in a strategy game the first thing I expect is a nice tutorial. For this reason I decided to start from the Battle mode in such a way as to make my bones on some single confrontation, before embarking on the Adventure mode.

The Battle mode, as the name implies, challenges us with a series of increasingly difficult fights.

Our forces are placed on the map and we must destroy the enemy units before they do the same with us. Simple and linear. Winning we gain experience and objects that are used to improve our troops, while defeat leads you to have to try again.

If you thought that once you were thrown into the fray you had found a semblance of a tutorial, forget it. All you have will be small tooltips that shed light on some aspects of the game and therefore the first battles are very much subject to "Trial & error". If I'm honest, the Battle mode battles of Spellforce: Heroes & Magic they gave me the idea of ​​playing a puzzle game rather than a strategy game.

For those who played ad Heroes of Might & Magic the combat map, albeit in a smaller version, is very reminiscent of the deceased's masterpiece New World Computing, with lots of hexagonal blocks where to move.

The big difference is that the player assigns the commands to his units at the same time and these are executed following pre-established phases, starting from the ranged phase, continuing with the movement phase and ending with melee attacks.

Precisely because of the very small maps, there is not much space for particular strategies that make full use of movement and terrain, even if there are small "tricks" that need to be learned in order to be able to win even the most difficult fights with some ease. .

Unfortunately, many of the troop abilities we have at our disposal are not accurately explained (indeed, almost for nothing) and we must therefore rely on our intuition. Sometimes it is also difficult to make our units perform simple commands like a movement and, given the lack of descriptions, we cannot understand if it is due to some impediment given by the game mechanics or simply programming bugs.

In spite of everything the battles are quite amusing and also stimulating from a tactical point of view, provided you have had the patience to learn at our expense how to use the units available to us.

After I made my bones in the Battle mode, confident I tried to get my hands on that Adventure.

The game begins, after selecting one of the three races available (in my case I used humans), with a small army in a game map with various constructions. Each of these buildings represents a building that provides certain bonuses if it is conquered, such as mines or farms. The latter, while providing the food that makes our population grow, are fundamental. Similar to what happens in Civilization, whenever a new "inhabitant" is created, you can assign it to a specific task or train it to fight.

Now you can think of that at least in this mode Spellforce Heroes & Magic come to you with a comprehensive tutorial or tool tip. MISTAKEN!

Here, too, is the supreme rule of "Trial & error", rule for which you will have to spend your first "runs" to understand how to optimize the fights, the management of the resources and even the cures of your units (I discovered this ability only on the third reboot).

On the map you can see the enemies you have to face to conquer the buildings they protect, all with a number on the head that indicates the difficulty of the battle. Some fights are practically impossible at the beginning of the game, but with patience and skill in resource management it is possible in a short time to build a decent army that allows us to face clashes that were previously impossible to win.

In the game strategy it must be taken into account that the enemy will also move his troops on the map: it is therefore not possible to use an "all attack" strategy to bring home the victory, but a correct balance must be found between the forces have available.

Besides being able to recruit new troops, which can be improved according to the buildings we build in our citadel, it is possible to upgrade our hero through a perk system, accessible every time we acquire a level. Some of these abilities are directly usable by the hero himself, while others will affect the units under our command.

Spellforce Heroes & Magic it is a very strange title: on one hand, always remembering that we are talking about a smartphone game, we have a title with a reasonable strategic depth, especially in the Adventure mode; on the other hand, we have a product that still seems to be in beta testing, given the complete lack of tooltips and tutorials. A real shame, given also the considerable cost of the game for the mobile market.

Di Sarno Raffaele - November 26, 2021
In the past few hours Epic Games Store has made available a new free title for all users of the platform, theHunter: Call of the Wild ....
News

Pierluca Troiano - November 26, 2021
The fourth generation of Pokémon, it's no secret, was one of the most popular with the public: Diamond, Pearl and Platinum certainly represent a ...

Diablo Immortal, the team "is doing a stellar job"