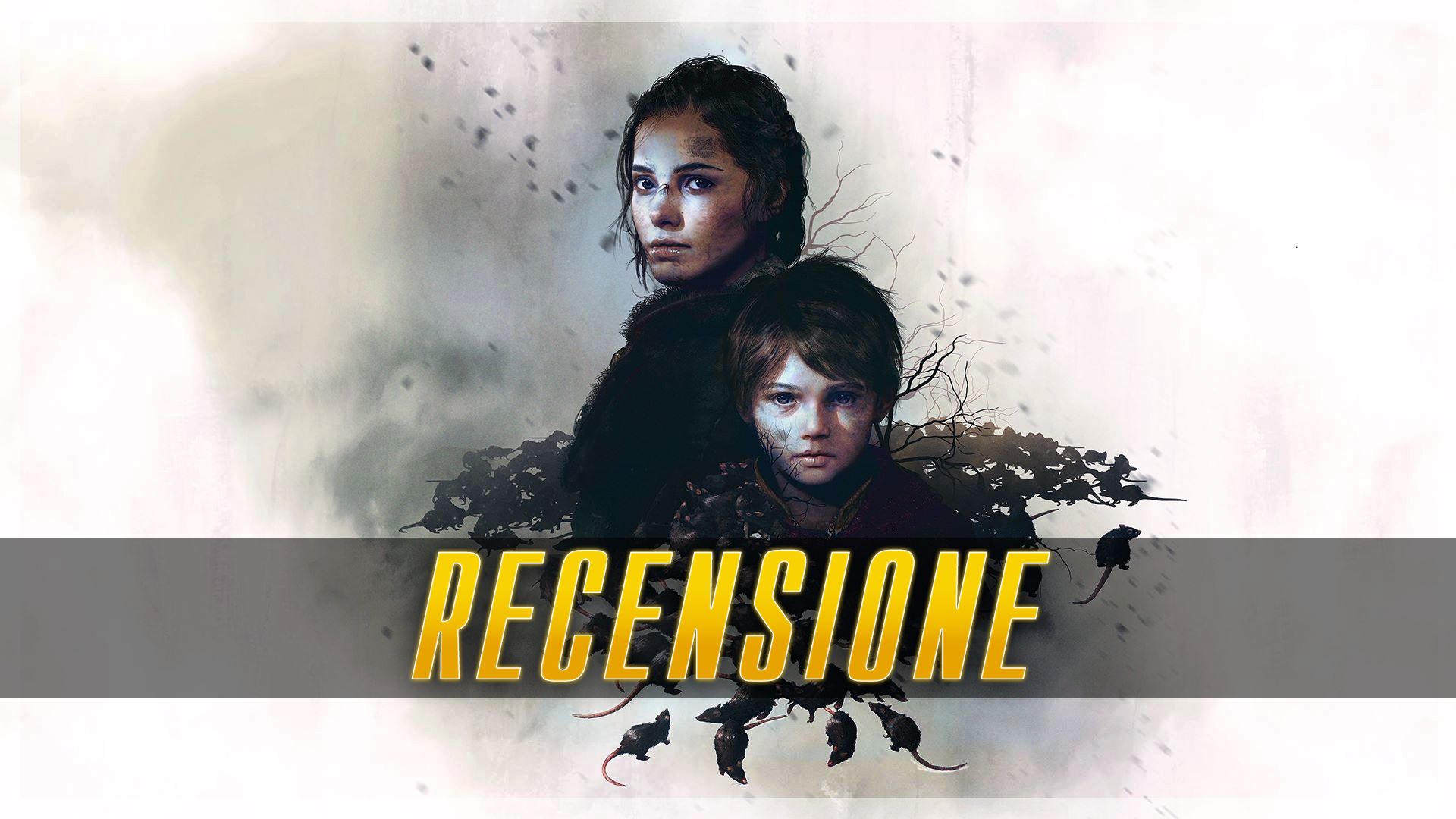 I have never been a fan of boys or children as protagonists in video games, because the impression they give me is that of a sort of dolls infested with eyes wide open, whose goal is to be used as empty containers to collect the player empathy. However, for Amicia and Hugo, the co-star of A Plague Tale: innocence, I could make exceptions.

In the title we find ourselves in the role of Amicia, Hugo's elder sister, both children of a noble family in the hinterland of France. Contrary to expectations, his sister has an almost non-existent relationship with him, given that the young boy is ill and for this reason he is guarded and managed by his mother, an alchemist looking for a remedy to cure his ills. Unfortunately for them, the house where they are staying is suddenly attacked by the Inquisition, who for some mysterious reason is looking for little Hugo. But the threats don't seem to stop there: finding ourselves in the historical period of Hundred Years War between France and England,  the young couple of brothers find themselves having to deal with another (and more dangerous) threat: the plague carried by mice. What has been described is the intrigue that A Plague Tale: Innocence introduces to us, a third person videogame that inside it contains puzzles, stealth phases, occasional fights and ... rats. Many rats. 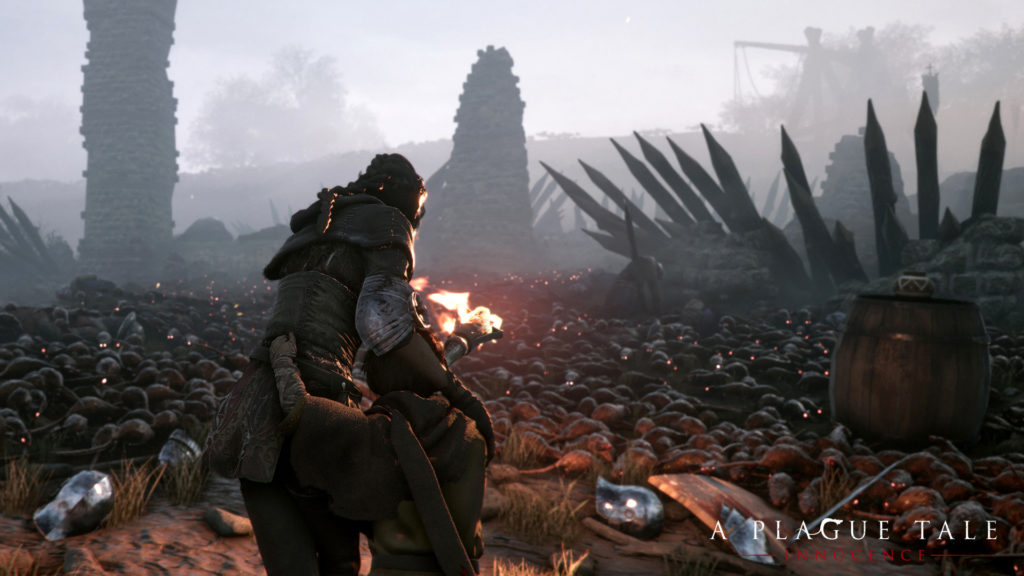 Given its mostly stealth nature, A Plague Tale: Innocence constantly imposes emotional loads on many parts of the title, and we can see how the story evolves the motivations and growth of these two brothers. Amicia, for example, is a girl who has great engineering skills as well as defensive skills (his main weapon is a slingshot) but due to its noble origins it has difficulty in approaching the outside world. For Hugo, unlike his sister, everything that surrounds him, though troubled by dramatic events, is a novelty, and his discovery therefore represents the innocence that makes the game its title.

As can be seen from the historical context and evident in the game trailers shown, the biggest threat is the Rats. A seething sea of ​​squeaking red-eyed mice, which devour everything that is made of meat and with which, once within reach, they inevitably try to make contact. The artificial intelligence of rats is really impressive: their small bodies fall and climb one above the other, somehow moving independently, but also as if they were one unit. The noise they make is strident, intense, and certainly horrible. The only antidote to save oneself from this amenity is light, created by torches which are intelligently distributed in some specific points of the map.

As mentioned above, A Plague Tale: Innocence presents a great Stealth character with some action steps. Amicia can also check Hugo, holding it by the hand or giving him certain orders (like standing still at a point or moving on to certain places where we can't venture) that help the player advance through history. Many of the stealth phases consist in hiding at certain points on the map, circumventing soldiers' threats or using objects that can function as diversions to escape certain dangers. Some routes have only one solution, but throughout the game there are many areas that provide different solutions that lead to different paths. Amiciamoreover, being an excellent sniper, he wields a sling that is fundamental to advance in history in some circumstances and can collect ingredients from around the world to create alchemical objects. Many of these lead to the invention of some unpublished weapons: such as a stinking grenade capable of distracting rats by sending them in a particular direction, or chemical bombs capable of forcing enemy soldiers to remove their helmets. However, our best ally in case of problems is the simple slingshot equipped with stones. The stones, in fact, can be an easy aid to eliminate the soldiers without too many problems, but the latter must be without a helmet to have a positive outcome. Furthermore the use of the slingshot could make noise and call attention to us. 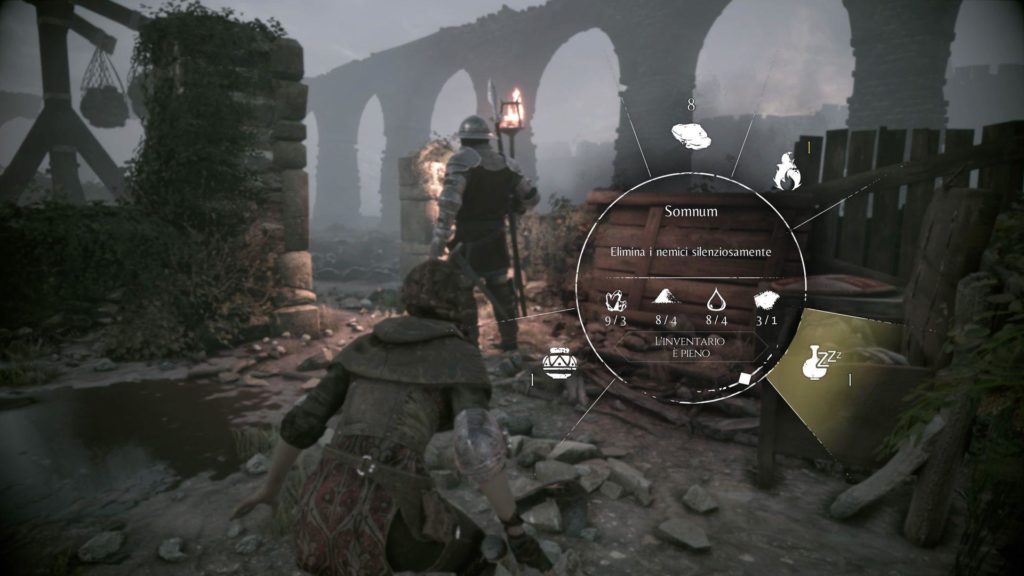 The only concern that I found, despite the adventure presents interesting and very mature themes, concerns the difficulty: we often find ourselves dealing with situations that, in the long run, may seem repetitive, to the point of resembling almost extended tutorials. The possibility of crafting alchemical objects and the ease with which materials are found (always fairly abundant) around the map, slightly ruin that line of anxiety and suspense that the developers wanted to donate instead. Such a pity. However, not all evils come to harm: to keep the player's interest alive, in addition to history, is the continuous search in our gaming sessions for alternative methods to escape threats by exploiting materials. 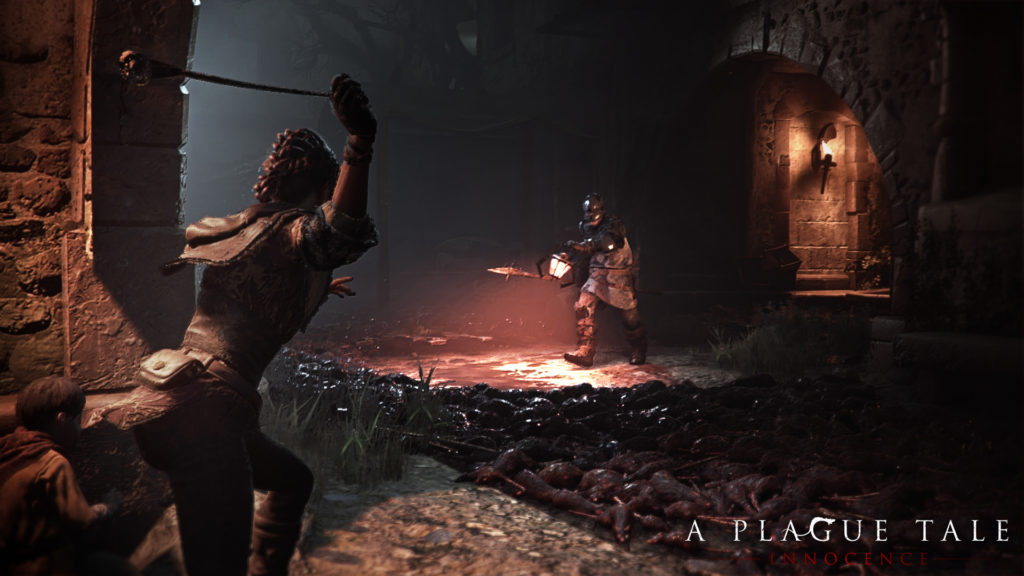 Speaking of the technical point of view, the code we tested for A Plague Tale: Innocence PlayStation 4 has never presented serious problems with frame rate stability, making it extremely enjoyable as a gaming experience. Note also the soundtrack, written by the composer Olivier Deriviere, perfectly able to entertain.

In conclusion A Plague Tale: innocence, title of the boys of Asobo Studio, succeeds in telling the story of a realistic story that can excite even the player with the worst heart of stone, thanks to an excellent work done from the narrative point of view. Unfortunately, from the point of view of longevity, since in just 12 hours it is possible to finish the work.

Kratos goes back to the origins and gives us a "cut", literally

Hunt: Showdown, available in retail version on PlayStation 4 and Xbox ...