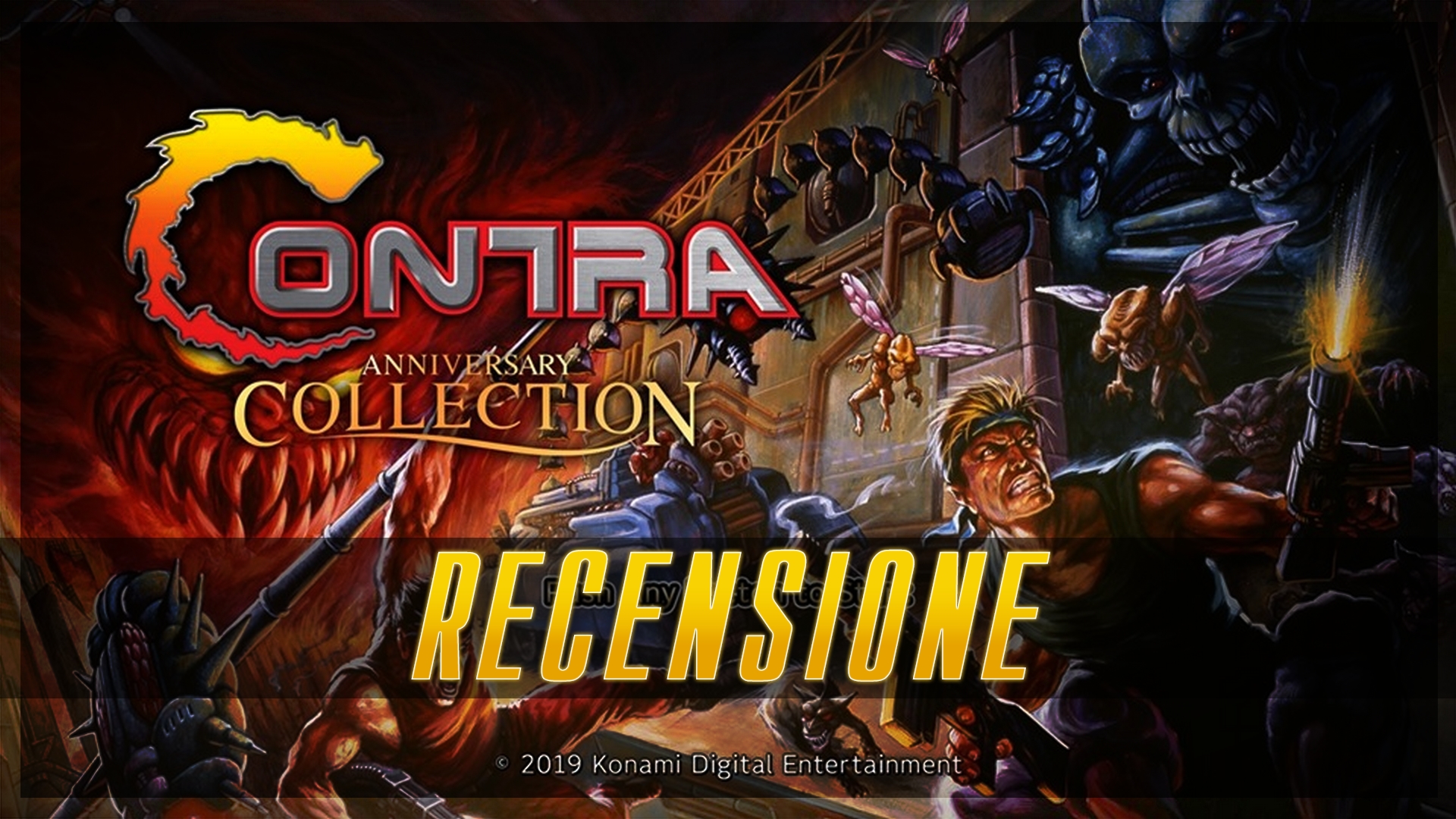 Nintendo with its Direct has performed an extremely pleasing operation for many fans. After announcing the arrival of a new chapter in a historical saga, it revealed the arrival of a collection containing several games from the series. Let me be clear, it is nothing exclusive and the Contra Anniversary Collection has been published in fact on Nintendo Switch, Playstation 4, Xbox One and PC. Whatever platform you have, now you can enjoy a long series of old pearls cleaned for the occasion even if, unfortunately, with some gaps too.

The games contained in this collection of Konami are well ten. We then start with the classic Contra in Arcade version and then move on to Super Contra, Super C, Contra III and so on. Already from the choice of the games I noticed something that I didn't like very much: I like to insert the version of the first Contra in arcade version and in console version, but finding both the Japanese version and the American one seemed to me perhaps a bit excessive. The differences are really minimal, for example in the Japanese version there are cutscenes that explain the history of the game and, before each mission it is possible to see the map of the game, elements that in the American one have been eliminated. And it is not even the only case: Super Contra is present in two versions, idem Contra III, also present as Super Probotector, name adopted for the West and finally Probotector and Contra: Hard Corps, same game. In short, on balance are practically four games presented in their different versions, whose differences usually stop at the different standard used. Consequently, some titles can be run in 60hz against the 50 of the PAL versions: a choice that, I believe, will make the purists happy.

I approached the Collection and, in general, the Contra series, from total ignorance. I had never played a chapter in the series before, if not the first one, for a while. Obviously the very first thing that catches the eye with any of the titles is the difficulties. Today we are no longer used to dying and repeating an entire level over and over again, which Contra will often take you to do. The levels are perpetually filled with enemies of all types ready to shoot you on sight, and the margins of error are basically insignificant, even as regards the jumps between platforms. And this applies to any present title. Perhaps the ones I had the most difficulty with are the ones originally published on Mega Drive because of their extreme speed and frenzy. The choices of gameplay are still delicious today, with passages to environments in fake-3D and use of vehicles. In general, apart from perhaps the first chapter and the Game Boy chapter, the games present have aged very well and are perfectly enjoyable even today, especially by those looking for a high level of challenge, perhaps together with a friend with the local coop present in the games.

One of the elements that left a bad taste in my mouth is the save function here I'm. I would have expected a mechanic similar to what is present, for example on the Nintendo Virtual Console, with the possibility of saving, viewing through an image the moment in which the restore point was made and then deciding whether to reload or not. In all games in the Collection it is possible to save at any time but, in addition to not being able to perform multiple rescues, it is not possible to review the point where you stopped. In practice, if we forget where we saved, we load blindly: this gave me the impression of a function left a little in thirteen. On the other hand it is possible save replays of our matches, so the more experienced can prepare for speedrun. The emulation of the titles is very satisfying and arcade perfect, with all the slowdowns that follow. It is also possible to modify the game screen using some filters, some useful ones, others decidedly less (try a little to play Contra in 16: 9 on an 55 "inch) and remove the side black bands replacing them with (only) two different ones background.

Everything is offered at the price of 20 euro, a figure all in all right if we also consider the final gem. As in the Castlevania collection, here too there is a book, in digital version. In addition to interviews a Nobuya Nakazato, producer and director of several titles in the series, including the latest coming, Contra: Rogue Corps, ea Tom duBois, illustrator of Western covers for Castlevania and Contra titles, there is also a lot of interesting information. A real one compendium on the Run & Gun series, complete with timeline, list of weapons, descriptions of all the games present, artwork, drafts. There is really everything, and everything strictly in English. So, if you are a newcomer as in my case and have never had the opportunity or desire to try the series, the Contra Anniversary Collection meets your wishes and offers you hours and hours of anger and failed attempts just to overcome the first level of each game. A real lesson for a large part of today's gaming landscape.