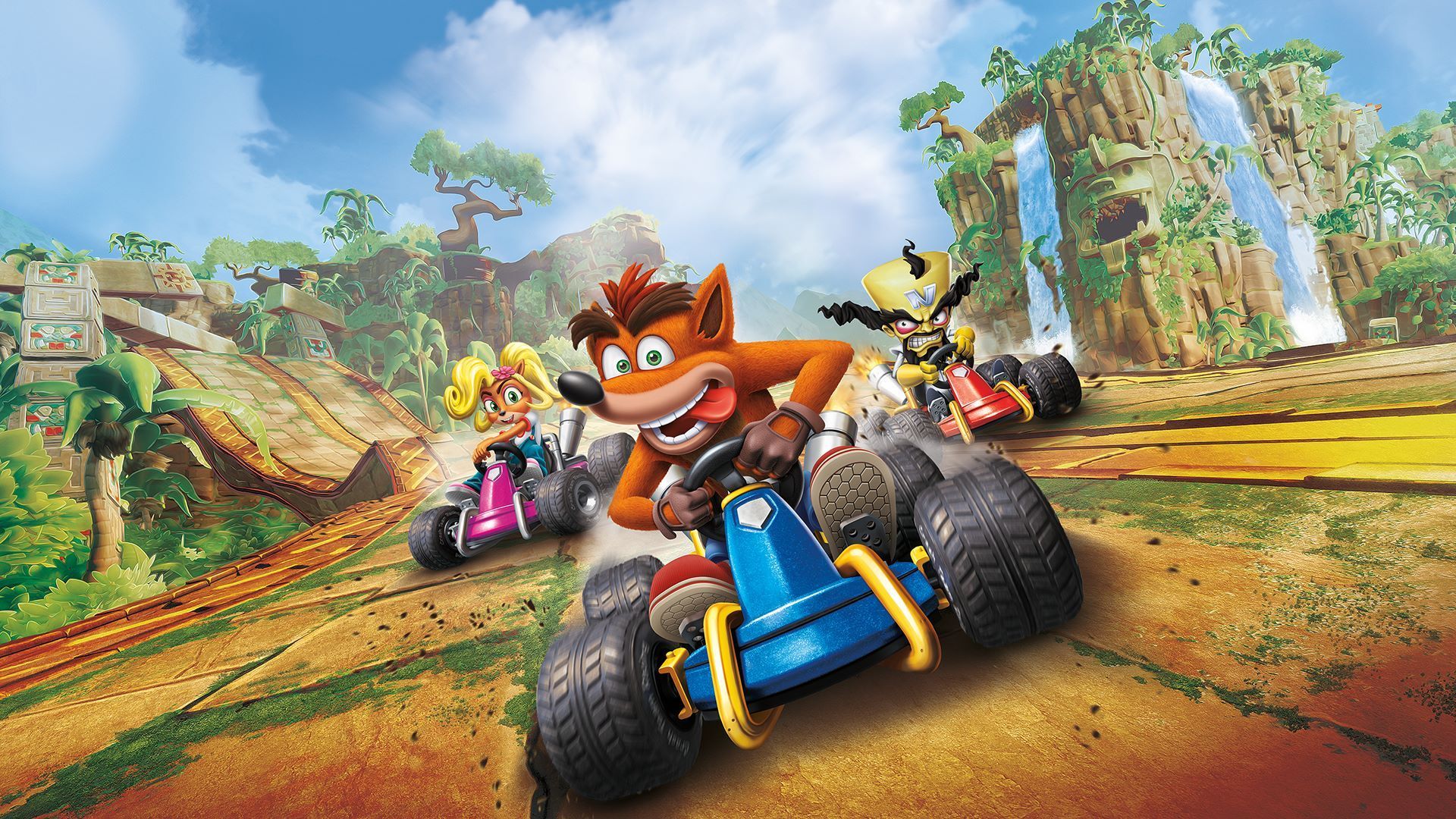 The wait has finally come to an end: Crash Team Racing Nitro-Fueled is available from today. Let's read what awaits us in the following press release.

Crash is ready to be driven by fans in exciting races: Crash ™ Team Racing Nitro-Fueled is now available for PlayStation 4, PlayStation 4 Pro, Nintendo Switch ™ and the family of Microsoft's Xbox One devices, including the Xbox One X. Then, the 3 will be serious in July when the Grand Prix starts with seasonal content that can be downloaded for free for anyone who has purchased the game, including a new theme track each season, as well as themed characters, karts and other customization items that players can earn when they are connected to the Internet.

Developed by Beenox and published by Activision, a wholly owned subsidiary of Activision Blizzard, Inc. (NASDAQ: ATVI), Crash Team Racing Nitro-Fueled it's built from the ground up and remastering the original CrashTM Team Racing bringing the characters, karts, tracks and arenas into modern HD graphics for consoles. The stakes are high and the competition is fierce among players competing with a variety of characters from the Crash Bandicoot seriesTM, including Crash, Coco, Dr. Neo Cortex and others against the egomaniacal Nitros Oxide to save our planet from destruction. In the game, fans will be able to see Crash's and associates' expressions and actions in a beautiful 4K as they challenge each other at full speed and whizzing around corners on all the tracks of the original CTR game, both on the redesigned tracks and karts of Crash ™ Nitro Kart. Furthermore, the legendary kart game debuts in the competitive online gameplay just in time to celebrate its 20mo anniversary.

"The wait is finally over, and we couldn't be more excited than that Crash Team Racing Nitro-Fueled be ready for its inaugural competition, "said Thomas Wilson, Beenox Co-Studio Head. “A lot of care and attention to detail has been devoted to developing this game for the original 20 Crash Team Racing fans years ago, and for new fans who expect a modern karting experience. Staying true to the original CTR games, adding at the same time many other contents and creating a living and pulsating world that was not possible on the first generation platforms was a true act of love! "

For the first time in 20 years, Crash Team Racing fans will have the opportunity to customize their karts and characters in Crash Team Racing Nitro-Fueled! The remastered game will offer players a variety of mixing options and match karts, wheels, paint, stickers and even add decals to karts. Now fans - both new and those who first fell in love with the 90s classic - can create a fantastic custom car!

"When it comes to remastering the most popular titles among Activision's games, quality, authenticity and community are the fundamental pillars that drive everything we do," said Michelle Fonseca, Activision's VP of Product Management and Marketing.

In addition to the ability to customize karts, Crash Team Racing Nitro-Fueled will allow players to customize their racers with some “N. Healthy ". This will allow players to give their characters personality and depth. Also new to the CTR experience are the unique podium animations available for certain skins, making celebrating victories even more fun. Players can earn customization items by playing in Adventure Mode and additional items by collecting and using Wumpa Coins when connected to the internet to make their karts and characters more engaging in the game's Pit Stop area. Also, just as you remember them, character stats are making a comeback as well, and will include Beginner, Intermediate and Advanced classes.

Some brand new product offerings are coming in time for the release of Crash Team Racing Nitro-Fueled. CTR fans can give their fandom the green light and cross the finish line in style with fun offers from the Activision Blizzard Consumer Products Group (ABCPG). This includes a full line of products celebrating Crash Team Racing Nitro-Fueled - in collaboration with global partners Rubber Road, Trends International and others - where fans can access clothing, collectibles, stickers and more at retailers around the world.

2K will announce a new franchise during Gamescom 2021

2K will announce a new franchise during Gamescom 2021

Piermatteo Bruno - August 3 2021
There is an air of Gamescom, especially at 2K Games. The American company has a big announcement in mind for the Cologne fair and is ...
Cinema

Andrea D'Amely - August 2 2021
Oscar-nominated actor Tom Hardy returns to the role of the celebrated Marvel anti-hero in the new Italian trailer for Venom: The Fury of Carnage. Directed by Andy Serkis ...

In Assassin's Creed Valhalla you can change your gender in Eivor in ...

Mark Hamill wants to star in the The Witcher series though ...