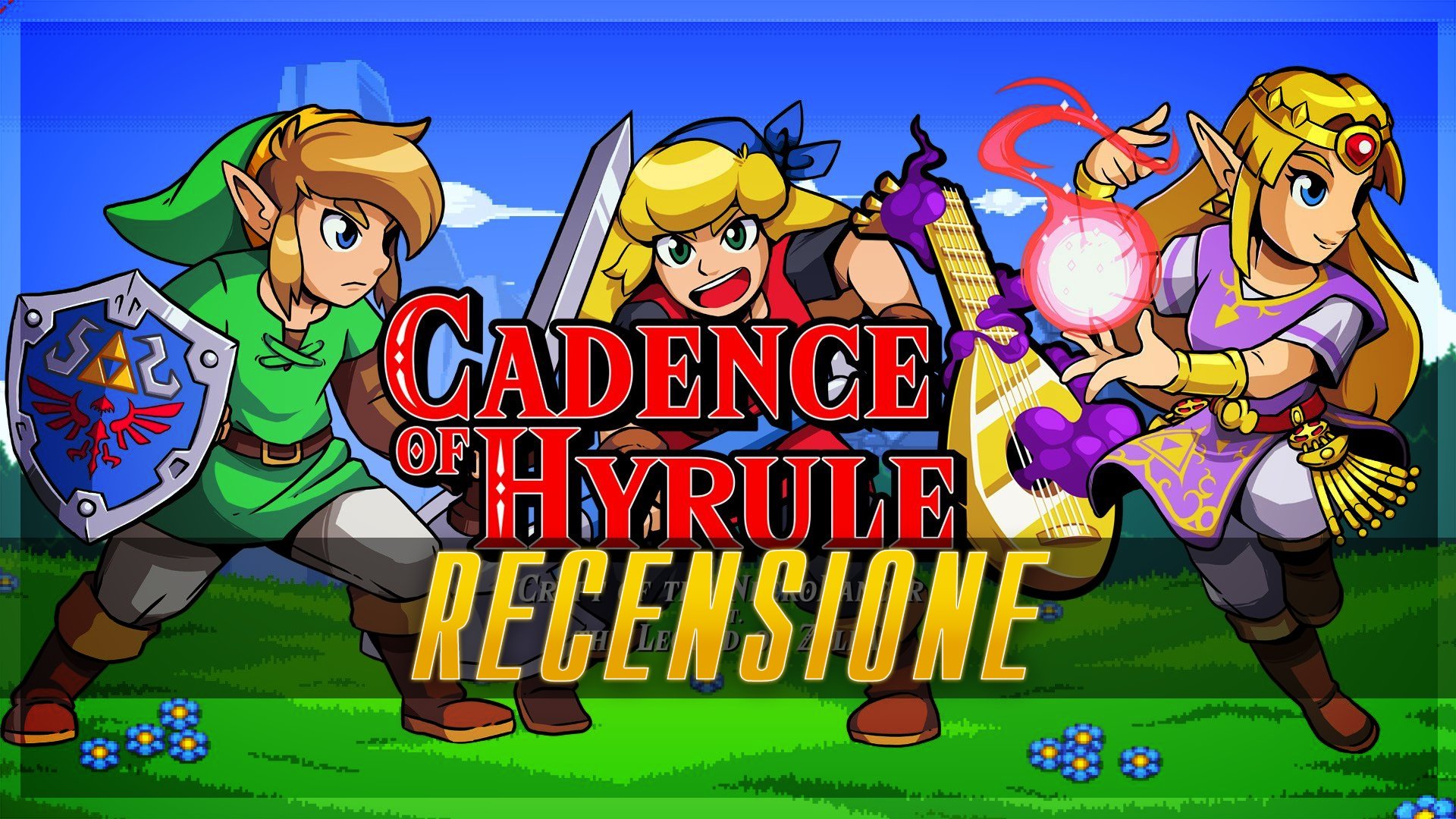 When the 20 March, during the Nintendo Direct dedicated to indie games, it was presented Cadence of Hyrule, the public (I in primis) was baffled for a moment. It was true that Nintendo had "promised" other titles from Zelda, but no one would have ever thought of a mash-up with Crypt of the Necrodancer, although, having overcome the initial shock, the idea did not seem at all evil.

CRYPT OF THE NECRODANCER

To talk about Cadence of Hyrule we can not do a little excursus on Crypt of the Necrodancer, game that is part of that host of indie games that amazed the videogame world in 2015, along with titles like Undertale o Rocket League, just to name a couple.

Crypt of the Necrodancer it's a roguelike rhythm game published by Brace Yourself Game. As we understand from the definition, to the classical mechanics of roguelike, like procedural maps and turn-based movement, those of the musical videogame have been added, since everything on the game screen moves in time to music. For each measure corresponds an action of the monsters on screen and also our movements and attacks, to be more efficient, will have to follow the rhythm given by the music.

Cadence of Hyrule takes the gameplay of Crypt of the Necrodancer and brings him to the world we have come to know through the adventures of Link and Zelda over the years.

The story certainly does not shine for its originality (although some surprises at the end of the game you will find it): while the villain on duty, Octavo, using a magic lute puts the king of Hyrule, Zelda and Link, the protagonist of Crypt of the Necrodancer, Cadence, finds herself transported by the Triforce on Hyrule, where she manages to wake up Link and Zelda.

The three will join forces to free Hyrule from Octavo and to find a way to bring Cadence back into his world.

Hyrule's world is divided into so many mini-apps, that long-time Zelda fans will remember those of A Link to the Past, within which we find many enemies to deal with. As already said the enemies move in time to music, each with its own predetermined pattern and this means that the first impact with the game is certainly not simple, especially if you have never played at Crypt of the Necrodancer before.

Every "beat"We can move, attack or defend with our character, but wrong input time on the pad leaves our hero standing in place, leaving him at the mercy of enemies. In the first game maps, even abounding with errors, it is difficult to die, but as you continue with the game and with the arrival of enemies with much more complex patterns and more lethal attacks, the risk of having to start over one of the many checkpoints, the Sheikah stones, scattered among the maps is always higher.

Death in Cadence of Hyrule it is not permanent, but whenever we are forced to start again from one of the various checkpoints, we will do it without much of the equipment found up to that point (apart from a few key items), equipment that is very familiar to fans of the games of Zelda, like the grappling hook, the bow, the bombs and many other objects that we have come to know over the years.

What we do not lose, however, are diamonds, which we find at the end of each minimap, after killing all the enemies present. This currency allows us to buy upgrades or new equipment during the exploration of the maps, or, once "dead", to obtain an object with which to start again as soon as respawned to the selected Sheikah stone, making restarting a little easier.

The Sheikah stones, once you get the lute from Cadence (which you will unlock later in the game), will also have the function of starting and ending points for the game's fast travel system.

The maps present not only waves of enemies, but also many secrets and little puzzles to solve, some simply using logic, others requiring the use of specific objects that we will find while exploring the world of Cadence of Hyrule, making it from this point of view a real title "to the Zelda"And not a simple spin-off of Crypt of the Necrodancer.

But if reading reviews and seeing gameplay videos do you think that Cadence of Hyrule may be too difficult or frustrating for your tastes, don't worry: the guys from Brace Yourself Game have thought of a modality "Fixed Beat Mode”Which greatly facilitates the game.

You will no longer be forced to follow the rhythm of the music to make your movements and, above all, "forces" the enemies to move only with your every move, making the game a real chess game that you can face with all the calm of this world.

Also noteworthy is the possibility, really very welcome, to play in local co-op with a friend. Each of the players has their own personalized life bar and therefore does not become too punitive if one of the two players is less able than the other to follow the rhythm.

Usually, when I talk about the technical sector of a game, I almost always start from the graphic one but, for once, considering also the title in question, I would like to start from the sound one.

The concept is very simple: the soundtrack of Cadence of Hyrule it's just fabulous. The composer Danny Baranowsky did an excellent job remixing many classic tracks of Legend of Zelda, maybe even too much, since sometimes, to hear the music in the background, I happened to leave the pens.

Until there are monsters on screen the music of Cadence of Hyrule it has an accelerated pace that forces us to think in a fraction of a second about the movement to do. Once the map has been freed from enemies, the rhythm drops and allows us to calmly explore the area, looking for secret passages or simply to trim all that we see on screen in search of some extra rupee, object or even hidden passage.

As for the graphics sector, it seems to be back to the times of the 16-bit consoles, which is absolutely not a negative element. We leave behind for a moment the fantastic worlds in 3D of the last chapters and we return to a look that cannot fail to excite long-time fans, also remembering that we will soon see again A Link's Awakening on our screens.

I have to admit that Brace Yourself Game he did a really great job with Cadence of Hyrule, creating a perfect combination of the elements they have made Crypt of the Necrodancer a top-notch indie title and those of the Legend of Zelda saga, all in a product that can be appreciated by fans of both franchises.

Even the price, for the quality of the product, is very attractive (€ 25,00) and if I have to find any defects a Cadence of Hyrule I point out two:

Riccardo Piccinini - July 29 2021
The news of the ban on the sale of energy-efficient computers in some states of the United States has made eyes roll ...
News

Piermatteo Bruno - July 29 2021
Let's go back to the PlayStation 5. As many of you know, the new Sony console has entered the market by mounting on its body ...