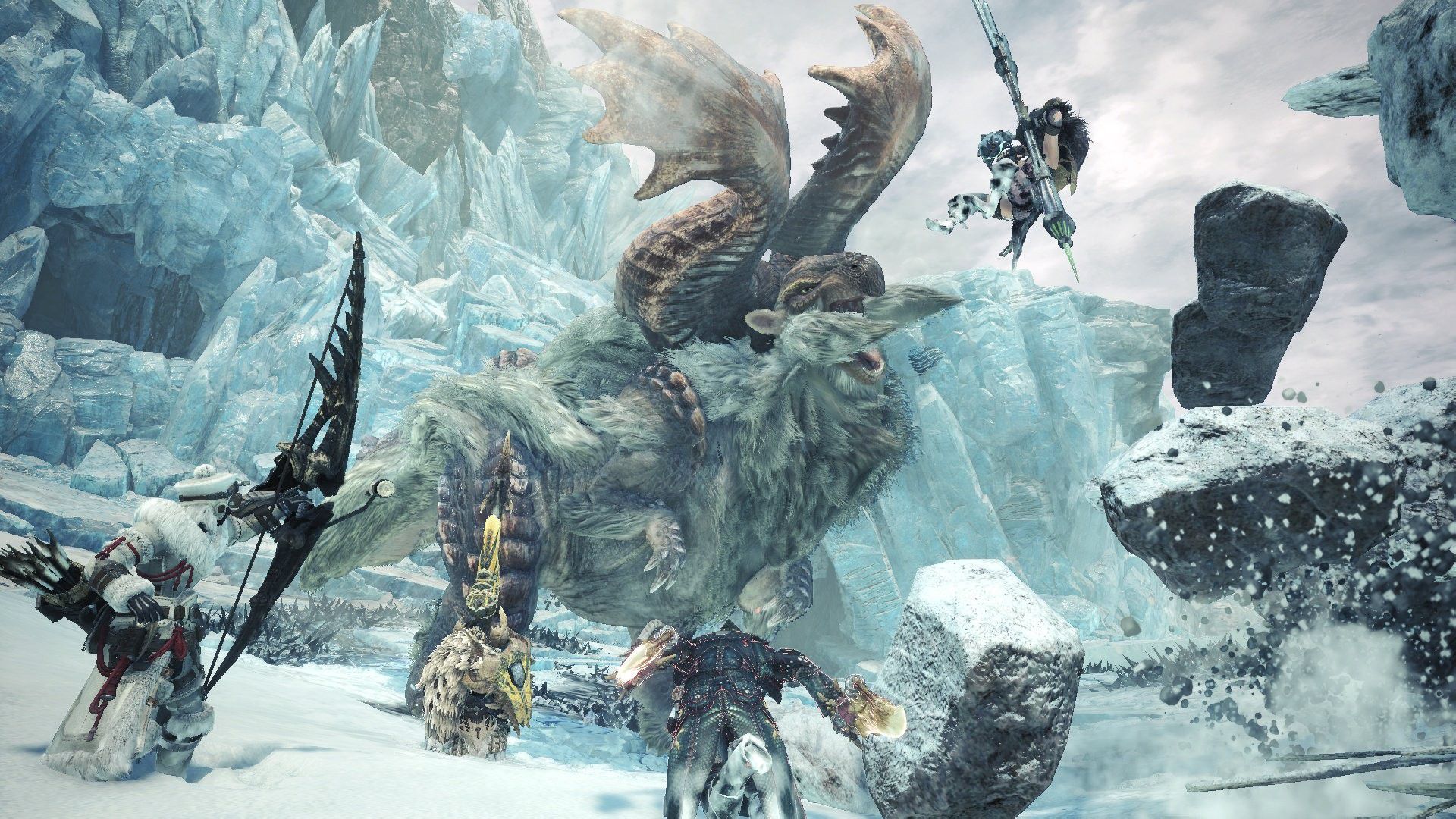 Capcom continues to increase the hype for the expansion of Monster Hunter World: Iceborne with a new trailer showing the subspecies of monsters.

Today Capcom has released a new trailer and a developer update video full of new details for Monster Hunter World: Iceborne, the highly anticipated massive expansion of Monster Hunter: World, the Capcom bestseller. The last video offers an overview of the monsters subspecies, a look at the new collection hub in the Seliana site as well as other improvements and additions to the gameplay.

Le subspecies of monsters are added to the roster of Iceborne, offering variants that amplify the difficulty and requiring master hunting skills. The last trailer shows only two of the fierce variants that await us: the impressive and brutal viverna Fulgur Anjanath spitting lightning instead of fire and living it with fangs Ebony Odogaron, more ferocious than ever thanks to a wider range of attacks and the draconic nature. In addition to these appalling subspecies, the fiery one Glavenus, whose recognizable roar was anticipated in the previous trailer, twirls its sword-shaped tail to wipe out hunters with its typical sweep attack.

Part of the new and welcoming base Seliana in Brinos stretched outand, a functional collection hub will provide a warm refuge for hunting teams with more centralized facilities and features. Hunters built around a hot spring Palico can comfortably manage all the needs before hunting thanks to the presence of Smithy to create equipment, the resource center to manage sizes or botanical research to collect objects. Also "My Room" is accessible and offers new customization options such as furniture, decorations and colors, with a post-launch update already planned, to allow other players to visit their respective spaces.

Additional game options offer more flexibility for hunting parties multiplayer. The balanced difficulty system will adapt to the two-player team if others have withdrawn or if a duo proposes to undertake a search with their Palico in tow. Furry companions will also have enhanced gadgets and new options like it Shieldspire Stooge, a mobile bait that will draw the attention of a monster away from the player, the Meowcano, a giant vase that shoots fireballs at enemies and a Vigorwasp powered up that can revive players who immediately return to battle if they faint. new Squad Card with information on the respective team can be sent to invite other people to join the group, just as the Guild Cards can be exchanged individually for each hunter. The deputy commanders have been added to the Squad teams and can share tasks on recruiting and accepting team requests.

Andrea Schietroma - June 14 2021
After the packed Xbox & Bethesda conference, where 30 games were shown at a very tight pace, it's time for Microsoft to ...
News

Nicolae Locatelli - June 14 2021
Vampire: The Masquerade - Swansong shows itself thanks to a new trailer on the occasion of the PC Gaming Show at E3 2021. During the conference, Vampire: The ...

Marvel arrives on Fortnite with Thanos and his Infinity Gauntlet