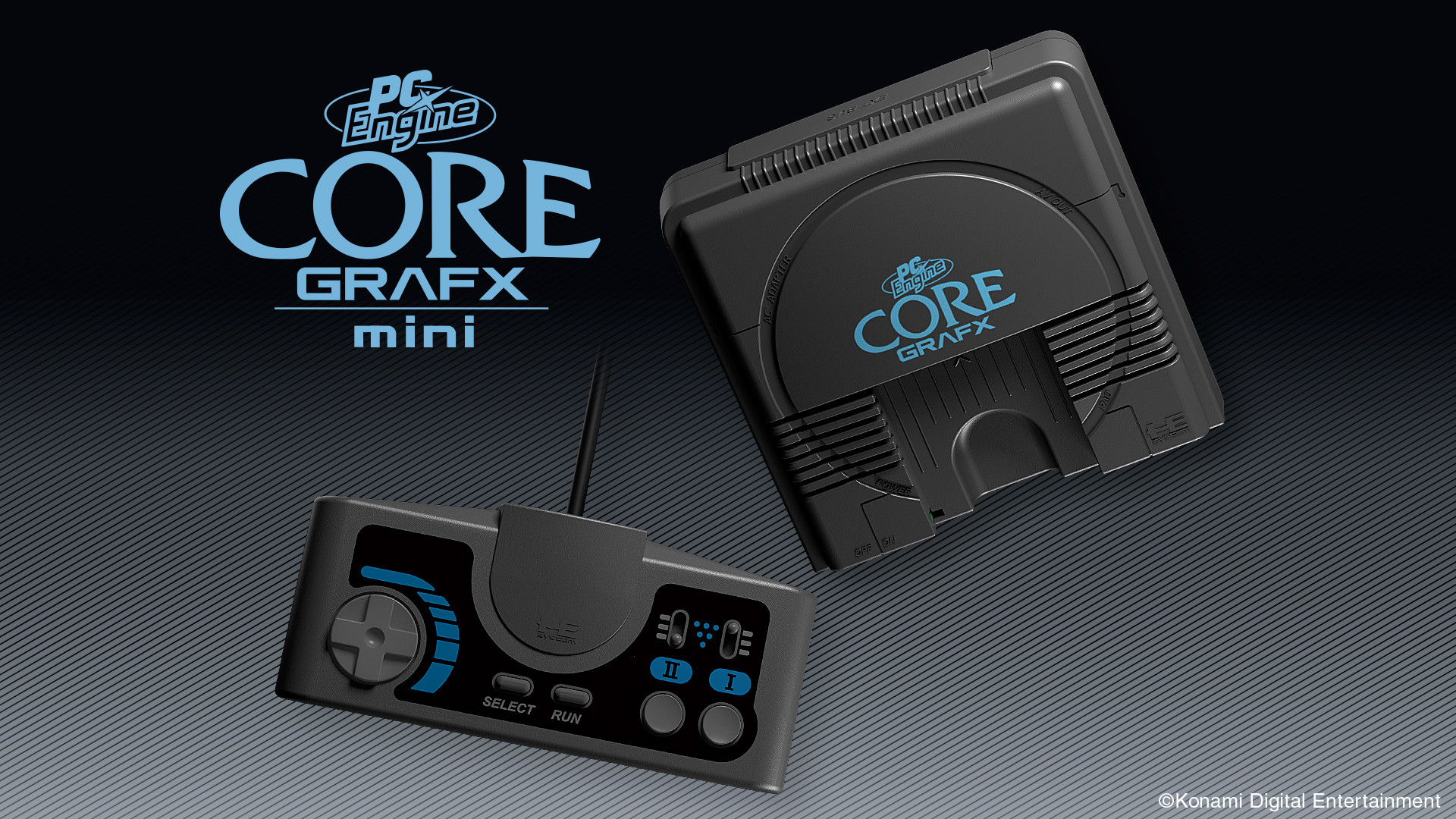 Konami Digital Entertainment, BV revealed more details about the console today PC Engine Core Grafx mini, which include the line-up of games included and the details of the pre-order. The compact version of the classic 1987 console will have a total selection of 50 games from the past that will be present in the TurboGrafx-16 and in the PC Engine.

The console will be available exclusively on Amazon at € 89.99 from 19 March 2020. With the possibility for Amazon Prime users to book exclusively from 15 July.

In addition to the titles already announced at E3, other 20 games have been unveiled in English for the TurboGrafx-16. The TurboGrafx-16 line-up now consists of 24 games:

In addition, on the PC Engine Core Grafx mini 26 PC Engine games in their original Japanese version will be playable:

On the day of the launch, optional peripherals will also be available which include:

The original consoles are known to have introduced some features for the first time, such as being the first console equipped with the CD-ROM drive and the first to offer the possibility of playing in 5 with multi-tap. Even more important, however, was the fact that the console has become one of the most desired collectibles for the line-up of quality titles, many of which will be re-proposed in this edition of the console.

Andrea Schietroma - June 15 2021
Piranha Bytes, the German software house responsible for some cornerstones of the RPG genre such as Gothic and Risen, has officially announced ELEX II, the sequel to their ...
News

Piermatteo Bruno - June 15 2021
Nvidia has announced, through a FAQ page on their official website, that starting from August 31, 2021, the company will stop ...

In the future we could have a Super Mario Warriors, at least according to ...