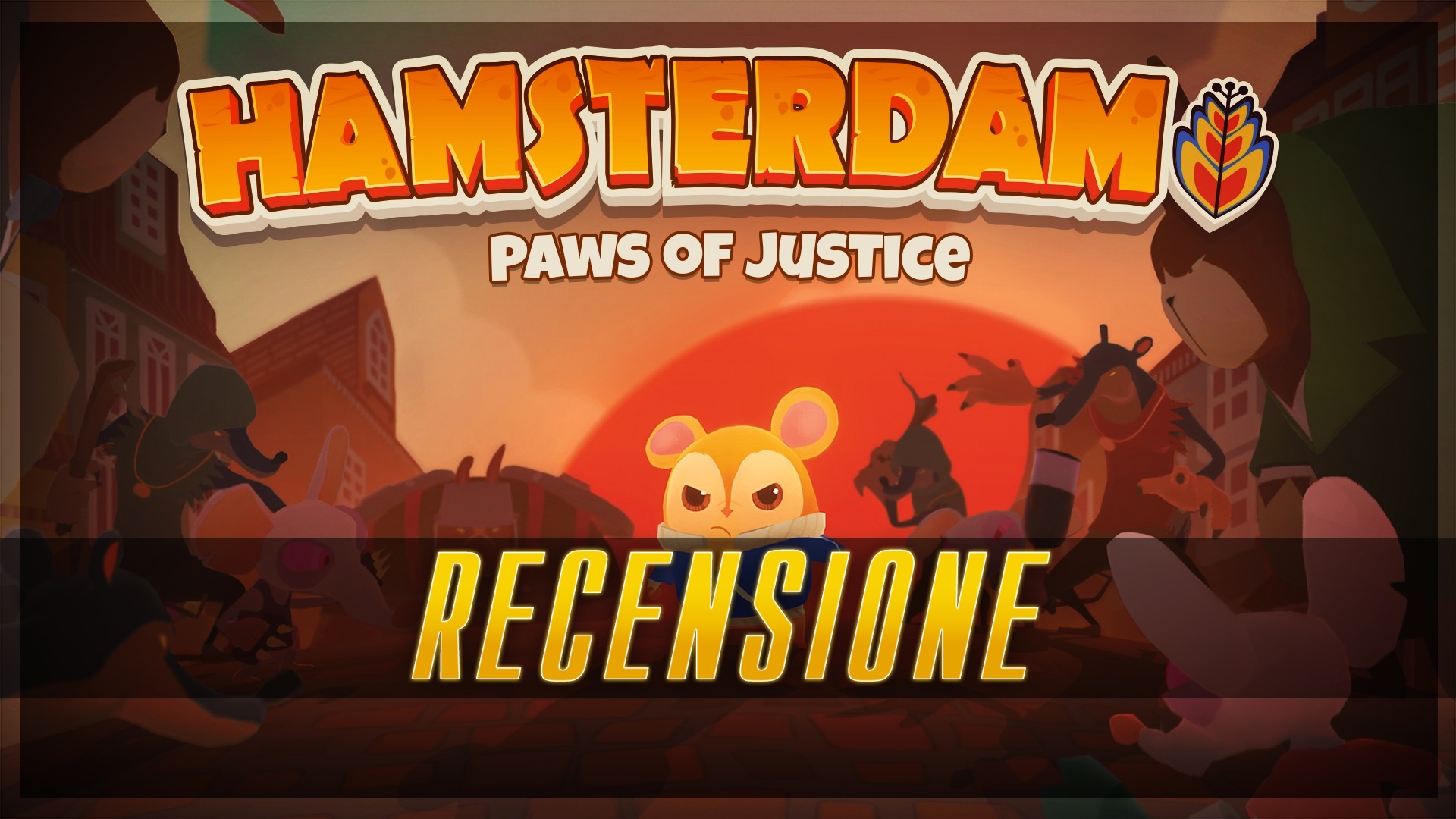 Nintendo Switch continues to be the preferred console for video game developers for mobile devices. Phone to Switch conversions are now quite frequent and even Hamsterdam is part of this current. In contemporary release on the Nintendo console and on Android and iOS devices, the game is developed by Muse Game, software house that, after developing action titles with a steampunk setting, throws itself on a totally different job. And its nature as a "play on the phone" fully emerges from the very first level of the game, but we go in order, even if there is not much to talk about.

In Hamsterdam we play as Pimm, a hamster that to blows of Hamster-Fu (sorry, but the Quack–Fu he will never fight) must free his village from the clutches of the evil chinchilla Mario, who also kidnapped the protagonist's grandfather. And this is all. A very simple pretext for being able to start running around the levels. Clearly the first ones serve as tutorials and introduce the sparse game mechanics. Inside the level the protagonist remains still on the right side of the screen while the enemies go to meet him. Our task is therefore to hit them in time, in order to inflict ever greater damage, and direct the analogue on them in order to counterattack them in the event that they launch themselves towards us.

Other games are also added during the games. For example, in the second world we begin to find armed enemies and they must be countered by pressing a button furiously and disarming them. Or, to avoid an attack, there is sometimes a sort of minigame in Osu style where we have to press the Y button in time. Too bad these mechanics are pretty sketchy. The required timings are extremely dilated and seem to have been adapted to an extremely young audience so the required effort is substantially minimal. At the end of each world a different boss appears from time to time whose mechanics, however, are quite similar to each other. It is a question of avoiding a series of bombs arriving at our poor Pimm and then raising a hamster against them which inflicts damage, of course three times, as usual.

Boredom unfortunately soon takes over and the levels in which Pimm runs on his scooter to collect as many sunflower seeds as possible can do nothing. These seeds can be spent in the shop in order to purchase a series of cosmetic changes such as gloves, hats or various accessories. In short, just that hair of personalization that is now present in any possible and imaginable title but that does not add anything tangible to the gaming experience that remains rather bleak. The animations and the artistic style are pretty well chosen and often they also tear a smile but are not based on reviving the fortunes of what, on balance, finds its perfect dimension on a telephone and in free-to-play format. On Nintendo Switch Hamsterdam costs 8,99 € and, personally, I would recommend it only in case of a discount on the eShop and if you have particularly small children at home, even if at that point one Yoshi's Crafted World would be a much better choice.

Matteo Runchi - February 15 2020
BioWare has had to experience several defections in recent years. Among the most important is that of James Ohlen, who in July 2018 ...
News

Andrea Schietroma - February 15 2020
A few days ago, Activision Blizzard's games were removed from the catalog of GeForce Now, the cloud gaming platform from Nvidia. Second...