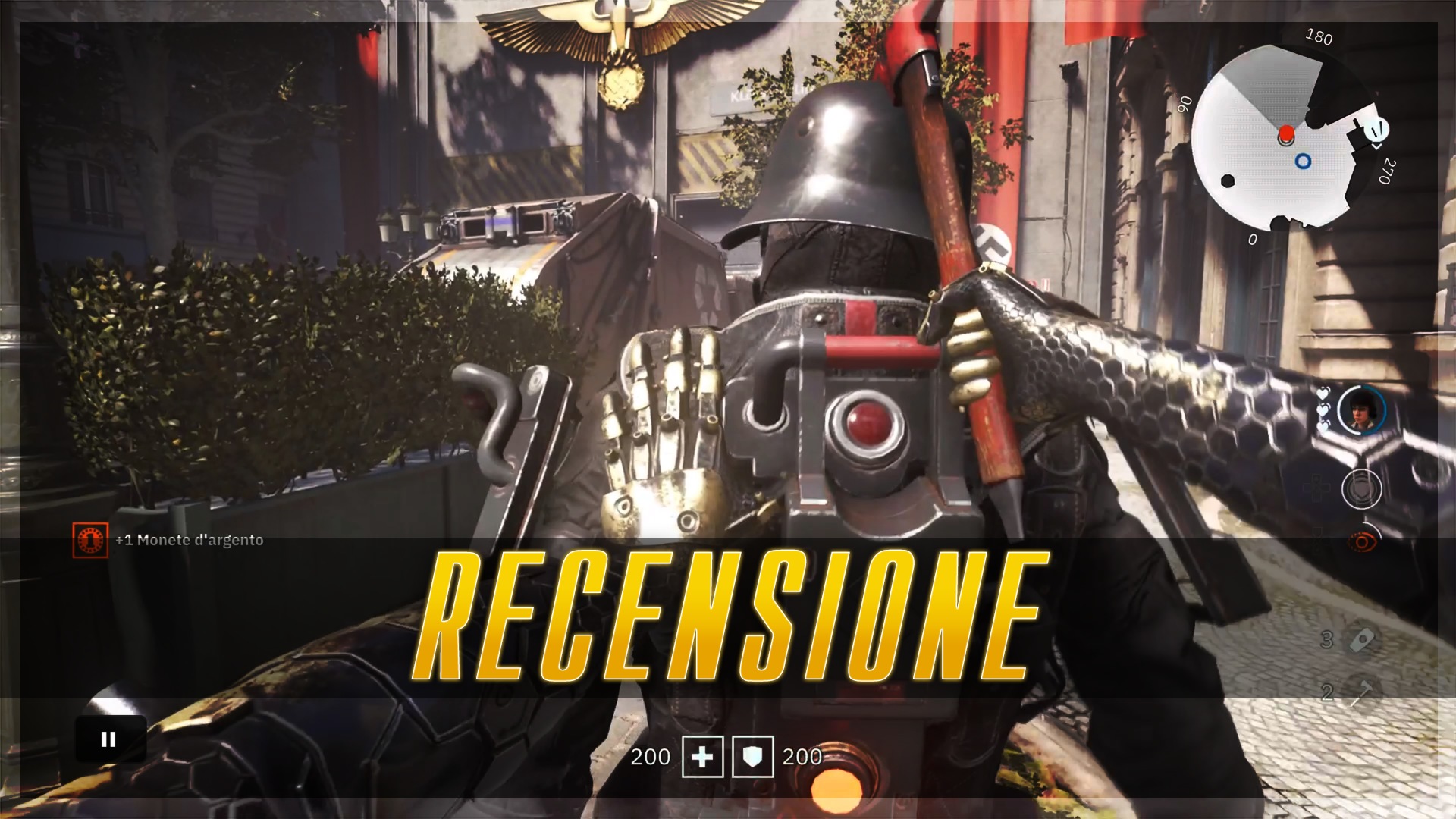 Wolfenstein is, without any doubt, one of my favorite sagas of all time. You want it because it is the shooter par excellence, because it is part of the history of the video game, or because it is the perfect simulator of destruction of Nazi-fascism, the hype towards every new title by Wolfenstein is always remarkable. Moreover, after that masterpiece called "The New Colossus", the standard (and consequently the expectations) inevitably rose.
In the 2017 I had no difficulty considering "The Video Game Moment of the Year" just a scene from "The New Colossus". Wolfenstein: Will Youngblood have been able to keep up the comparison?

Wolfenstein: Youngblood is set in the 1980, about twenty years after the events of "The New Colossus". Blazko and Anya finally started their life together, raising their two twin daughters: Jessica and Sophia. They are the protagonists of this chapter, a chapter in which for the first time we will not be wearing Terror Billy.
The plot is clear: Blazkowicz suddenly disappears and nobody seems to want to take care of the matter. Jessica and Sophia, with the help of their friend Abby (daughter of Grace Walker, an old acquaintance for fans of the series), then decide to go in search of their father.
In reality, besides being clear, the plot is also extremely simple and linear. Without a small twist, the beginning, the interlude and the end of the story are easy to understand. Not that it's a tragedy: Wolfenstein certainly hasn't become famous for the complexity of his narrative plots. But let's say that, in this case, the narration is poor even for such a title. In addition to its sparse content, its exposition does not certainly do justice to what Bethesda has often accustomed us to. The screenplay is at the minimum unions, with little sought after dialogues and characterization of the characters, protagonists or not, practically absent.

Wolfenstein: Youngblood has made a name for itself thanks to the announcement of the introduction of dynamic RPGs in the game. On balance, the only RPG mechanic consists in customizing a skill tree, which can be unlocked and improved with points acquired by leveling up. Unfortunately, the first doubts about this system arise immediately:
A) No matter which sister we choose to play with, both have the same identical abilities and potential
B) There is no level cap, so we can potentially unlock any skill in a single run, allowing us to specialize in anything

The choice of a path instead of another (and therefore to decide our "role", in fact) is not marked neither at the level of gameplay nor at narrative level. As mentioned above, the plot is extremely linear and the various secondary missions can not only be completed at virtually any time, but they do not even serve to guarantee who knows what alternative turns.
Speaking of secondary missions, in addition to not adding anything to the plot, they even risk being a terrible authority: to complete them we are asked to come back over and over again in the few areas of the game, making the various settings inevitably repetitive.

The certainty of gameplay

The gameplay, essentially unchanged from the previous chapters, continues to remain the flagship of this series. Wolfenstein: Youngblood manages to deliver the adrenaline and the frenzy in the way that only Wolfenstein can do. Difficult fights are not extremely demanding and, for the first time, I decided to play the "caciarona" (as a title like that probably should be played), enjoying every headshot and every enemy melted with the good Laserkraftwerk. We say however that it was a decision dictated by necessity: the stealth approach is not really easy. Being a co-op title, if we don't have any friends to play with, our little sister is managed by the PC. The AI ​​is well done and, in fierce fighting, playing with the PC is also advantageous: in addition to rarely dying, shott robottoni various with a disarming ease. However, if you love doing in silence, the AI ​​will not come to you. There are situations in which the Nazis dialogue one in front of the other, without moving an inch. Killing one inevitably means being discovered by the other and triggering the usual carnage. The ideal would therefore be to act in a coordinated manner with your sister: possible if managed by a friend, impossible if managed by the AI.
Worthy of note is the implementation of shields to be destroyed before they can affect the lives of enemies. Of two types, light shields and heavy shields, they need special weapons to be destroyed. An enemy with a heavy shield, for example, is not scratched by machine gun shots, forcing us to change weapons several times and making the fights more strategic and varied.

Unfortunately, the replay value is limited. In addition to being a fairly short game (with 15 hours in Hard mode I reached over 80% of overall completion), the reasons for starting it a second time are practically non-existent. As already mentioned, the choice of one sister in place of another does not change anything either narratively or as regards the weapons and skills that can be used; there is no level cap, so everything can be unlocked with a single run; there are no alternative narrative outlets; all collectibles are available "at the first blow" and there is no trophy for those who end the game on a certain difficulty.
The only motivation to replay Wolfenstein: Youngblood is to want to change adventure partners.

The version that Bethesda has kindly provided us is the one for PS4.
On my PS4 Pro the game runs without too many problems, even in the most agitated and frame-laden scenes; only in some kinematics the images are not really fluid. I didn't notice the presence of too invasive bugs: the exit patch practically immediately did its duty.
The graphic department has remained substantially unchanged and the soundtrack, without surprising, accompanies us pleasantly in all phases of the game.

To answer the question asked in the introduction: Wolfenstein: Did Youngblood meet expectations? The answer is, unfortunately, no. The answer can only be no if we decide to compare this chapter with the previous ones, if we decide to compare this work with the potential expressed by the previous works. Screenplay, settings, characterization, plot depth and longevity are absolutely inferior to what MachineGames and Bethesda have accustomed us to. In the sense, we have gone from an obsessive attention to detail, where even the column was an added value to the final product, to a production that I would not like to exaggerate to define as superficial.
If instead we want to avoid the comparison and take Wolfenstein: Youngblood as an entity in itself (and above all for what it is), perhaps the judgment may not be too severe. After all, even brief fun is assured and, in part, also justified by the price at which the game was put on the market. With 40 euro you can take home the Deluxe Edition which includes the Buddy Pass, basically another key you can give to a friend of ours with whom you can play together. In essence, 20 euro a capoccia, to put it in Roman dialect. And even if the lack of Blazko makes itself felt, we see that the two protagonists are daughters of the father and are not really inclined to dialogue. On the other hand, as Pajetta said, "We with the fascists stopped talking about the 25 Aprile of the 1945!" Let's say the Blazkowicz family never started.
On balance, if considered as a spin-off or DLC, Wolfenstein: Youngblood is certainly fun, adrenaline and, like any co-op, multiplies its value if played with a friend.
We know that it was a first attempt towards an evolution and innovation of the brand; we hope, however, that this revolution does not betray all that Wolfenstein has represented to date.